Eliza Smith is 9 years old. Born on October 8, 2005 she is a mix of Guyanese and Turkish. He mother was born in #58 village in Berbice. She currently resides in Queens, NY. Eliza will be starting the 5th grade for the upcoming school year, and has been awarded student of the month on numerous occasions. 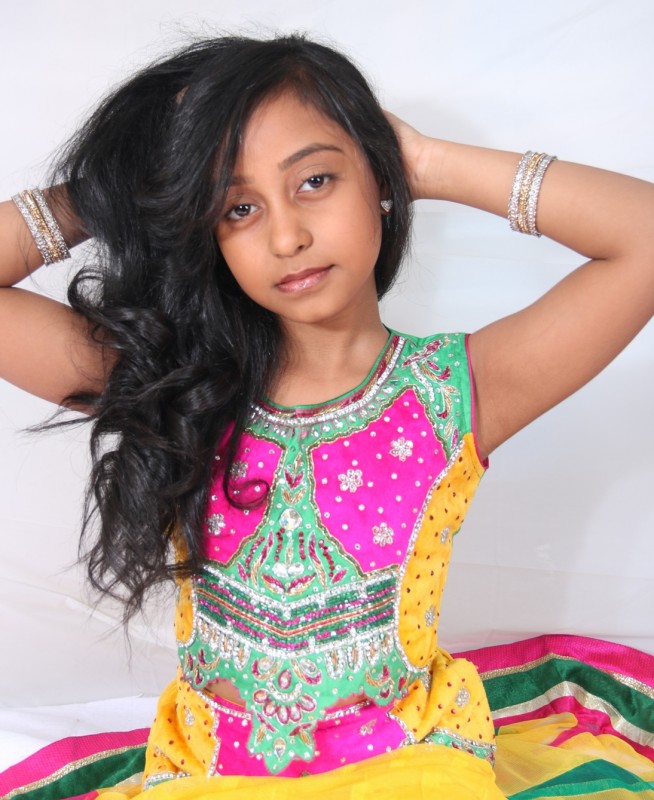 Eliza is a model, dancer and actress. She currently attends the Ghungaroos Dance Academy where she is being trained by international dancer Dheeraj Gayaram. She also models and has walked in both New York fashion week and New Jersey fashion week. Her print work includes Alexandria Olivia, Alize Lavie Magazine, Just 4 U kid’s magazine, just kid’s magazine and also big city kids. She has been on show like the leftovers, team umizoomi, what not to wear and her latest project a role on the Aziz Ansari project.

Aliza was the first child to win the Zoii award where she competed against 73 kids, she was also the first child to receive a New York fashion award at the age of 7 and also east coast actors’ top model. She began modeling in a pageant and since then she has been modeling and doing pageants. She has won the title of little Miss American Beauty, American Nation Petite Princess, Little Miss New York Ambassador. She is the current Little Miss New York United States where she will compete during the fourth of July weekend to be the first West Indian Little Miss United States.

When she is not in school she is giving back to her community by participating in charity shows, walks like the Susan G. Komen breast cancer walk, Aids walk and many other events. She also spends time promoting her platform of anti-bullying. This cause is close to her heart because she was the victim of bullying. She wants to show kids facing the same situation to never change who you are because god made you to be different and who you are is beautiful. She wants to help kids find the confidence to see that beauty comes from within and not just on the outside.

Eliza’s goals for the future include pursuing a degree at Stanford University where she hopes to become a pediatric oncologist. She also want to become a professional Bollywood dance like her role models Nikita Gayaram and Dheeraj Gayaram. And ultimately help to end bullying with her platform “it stops at me.” 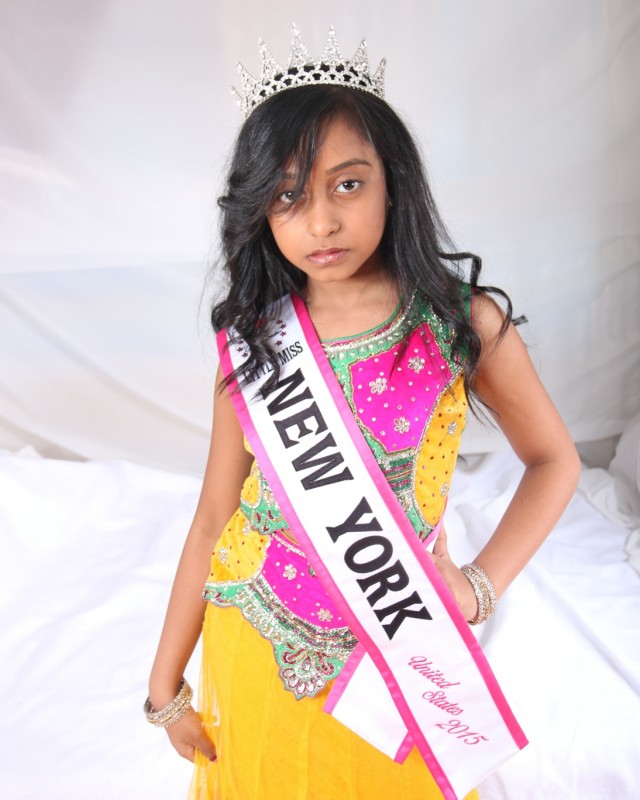 Her advice for other girls is a moto she follows in everything in life “DREAM BIG NO IS NOT AN OPTION”  Here beliefs are to “Always believe in you and never let anyone tell you that you’re not good enough. This business is filled with no’s but never get discouraged.”