Flora graduated from The Royal Ballet in the UK and at the Paris Opera in France. She starred as the lead actress in movies such as: “Life After Life”, “Duel to the Death”, “Chasing Girl” and “Return of the Deadly Blade”. A multi-talented and charismatic entrepreneur, Flora ZETA, PhD has earned the World Outstanding Chinese Honorary Doctorate in 2007 and was awarded the World Outstanding Chinese Award in 2007 & the Ten Most Outstanding Young Persons’ Award in 1990. She is one of Asia’s most renowned creative artists and fashion design personalities. She is the President and Creative Director of Pavlova (Holdings) Ltd., Tian Art International Co., Ltd. & Flora Tinai Fashion Design House. Her prominent style of design has been collected by renowned and prestigious museums such as the Art of the Victoria and Albert Museum in London, Henie-Onstad Kunstsenter in Norway, Hong Kong Museum and China Museum.

Flora is the Artistic Director/Choreographer of Techno Artists Production Co Ltd., and has produced & hosted over 50 television productions & renowned model competitions. She also worked as an image director for Nina Ricci, French Vogue and Vidal Sassoon. Flora’s success as a creative director, TV producer, fashion designer & business woman, has won her critical acclaim & numerous awards not only for her creative talents, but also as a philanthropist, actively involved in over 50 charitable organizations all over the world through her Tian Art Charitable Foundation. In 2007, Flora won The World Outstanding Chinese Award. In 2001, she won The French Chamber of Commerce Award of “Women of the 21st Century”. 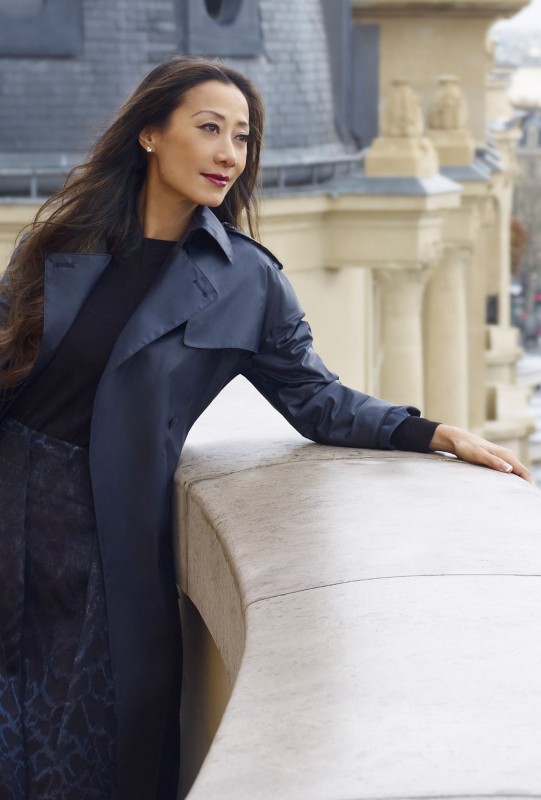 Dr. Flora Cheong-Leen is a true citizen of the world, with family roots in South America, China, and Australia, and offices in Los Angeles, London, New York, Hong Kong and Shanghai. One of Hong Kong’s most acclaimed and dynamic designers, this former ballerina and actress has created award winning design collections, managed production and artistic direction for events around the world, and consulted on image for clients including Nina Ricci, Conde Nast and French Vogue.

Flora had a truly international childhood – attending schools in Hong Kong, London, Paris, Russia and the United States. As a teenager in the street punk days of 1980’s London, Flora’s start designing came when she transformed basic pairs of jeans into her own daring creations to be sold on Carnaby Street. At London’s Royal Ballet Company, Flora studied dance, costume design, stage direction and theatrical production. It was while studying costume design that Flora became enchanted by fabrics, and the art of creating something from nothing. After dreaming up award-winning costumes for operas including M. Butterfly and Romeo for opera houses around the world, Flora launched her first clothing line, Pavlova, in 1981. Pavlova was followed by the exotic Tian Art label, inspired by her own life and family roots. “As I grew older, I wanted to embrace my Chinese culture – very traditional, yet very bold, so I decided to be daring,” explains Flora. “My life has always been like that – I don’t always follow the trend.” Recognized by the international fashion community, Flora has been honored with awards from east and west including: The Australian Fashion Design Award, the Shanghai International Fashion Week Best Designer Award, the French Chamber of Commerce Award of “Women of the 21st Century, the China International Fashion Week “Grand Master Designer” Award, and the Nokia Design Star Odyssey Award. 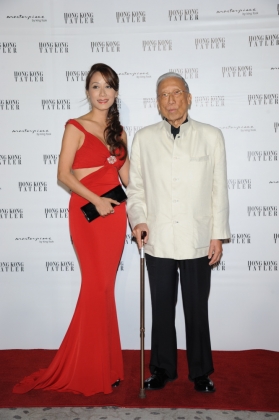 Flora’s Tian Art brand encompasses a couture line and ready to wear now available in the United States, England, France, Italy, Germany, Brazil, China and throughout most of southeast Asia. Flora’s creations have graced the runways at major shows in the U.S., Asia, and Europe including New York’s 7th of Sixth, the Mercedes Australian Fashion Week, Hong Kong Fashion Week, along with shows in France, Russia, Germany, and the UK. Tian Art boldly combines Brazilian sultriness and style with the opulent glamour of Chinese inspired fabrics, buttons and colors.

Defined by irresistible fabrics, a “a mix n’ match” of patterns, and eye popping colors, Flora’s collections are adored by fashion-forward urbanites from London to Shanghai. “There is not just one look,” explains Flora. “I design based on my styles and beliefs – I want to be really out there” The madly mismatched items that make up Tian Art are a sophisticated fusion of intricate embroidery, stunning graphics, and sharp tailoring. Her collections feature a mixing and mingling of flirty dresses, relaxed tops and whisper weight skirts defined by glittering glamour, and radical contrasts. Flora finds her inspiration in people, and the potpourri of fashions seen on the streets of New York’s and London’s SoHo neighborhoods. “Each one of my customers is an individual – each one is so different” says Flora. “I like thinking about what they wear and how I can fill their need to be different. I design for the citizens of the world.’ A motivational speaker, Flora has reached thousands around the globe through her image building seminars and leadership talks.

In addition to the whimsical and exotic designs of Tian Art, Flora also has a fun and casual collection, AI, translated from Chinese to mean “love.” Currently sold in 30 stores from China to Italy, the collection includes jeans and fitted t-shirts featuring playful graphics. 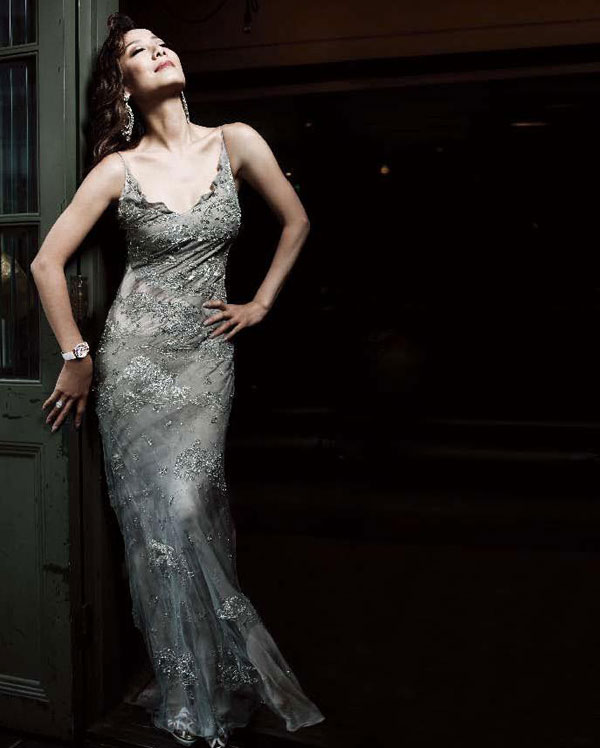