Four years ago Sophia King was awarded a Math/Science Initiative Scholarship to study Chemistry at Adelphi University in New York.  Over the years, the 22-year-old future chemistry professor has presented at conferences in Dubai and Spain, conducted research in Poland and received a Recognition Award for Community Service and Leadership and a Presidential Award for Academic Excellence. 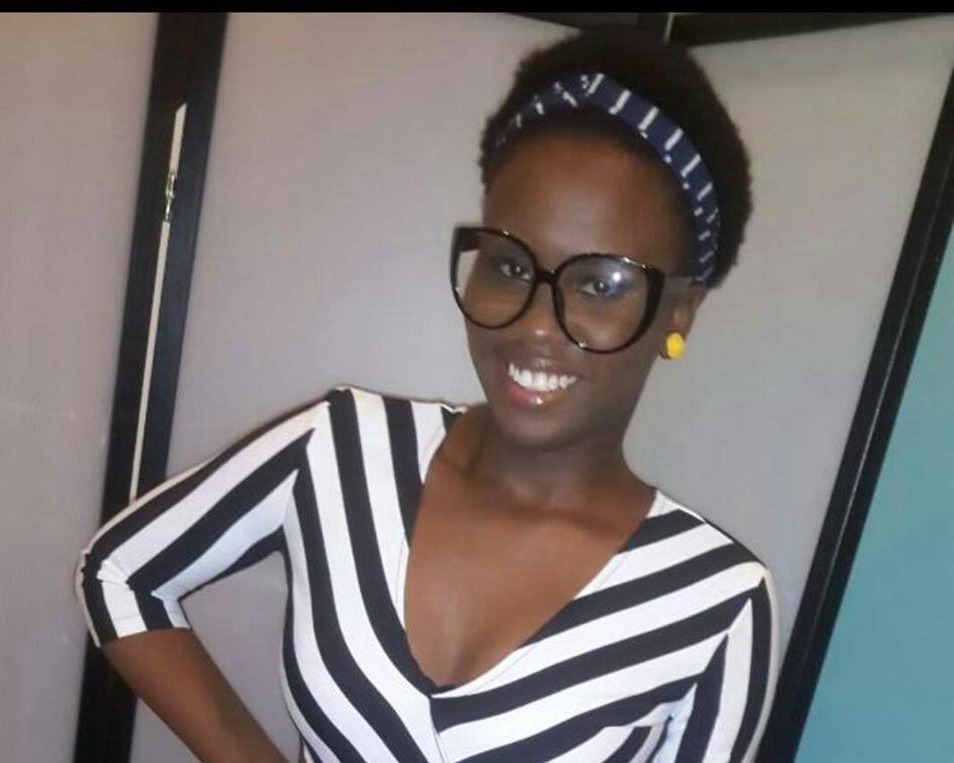 Where in Guyana are you originally from?
I am originally from Georgetown but I spent most of my childhood in Canje, Berbice with my maternal family whenever school was out. As a result, I grew up very close to my aunts, uncles and cousins from my mom’s side of the family. With regards to my dad’s side of the family, most are here in the US and the few cousins I have in Guyana were much older so they were more like parent figures to me. Coming to the US and meeting more of my dad’s family was quite an experience. He doesn’t talk much so from them I get to here about what he was like as a child.

Which high school did you attend.  Share any information about your high school achievements.

I attended Queens College where I excelled academically. I did attempt athletics and dancing but just as crude hobbies. I was given the honor of being a senior prefect and the Esther Rawlin Student of the Year Award my final year there. I received awards for academic achievement throughout my tenure but I can’t remember all the names. I was also a recipient of the Ministry of Education National Award for Outstanding Achievement at the CAPE 2011 examination.

When did you move to the USA.

I moved to the US in the Fall of 2013 to begin my undergraduate career at Adelphi University.

What led you to your interest in chemistry?

I was subconsciously drawn to Chemistry from a young age. When I was younger, I really loved Math and Science and the more I engaged in each of the sciences the more I felt that Chemistry was where I wanted to be.

What would you say most motivates you?

My biggest motivator is my struggles. Living far away from what I am used to has had its ups and downs. Every time I think about giving up I remember how much it took me to get to where I am and then the problem I would be facing wouldn’t seem as big anymore. There is also my mom, who’s also always cheering me on and encouraging me to do my best.

At Adelphi I have been on the Dean’s list every semester, I am graduating with Departmental Honors from the Chemistry Department and I was also chosen to receive the American Institute of Chemists Award. I was fortunate enough to be sponsored by the Department of Chemistry to work over the summer of 2015 on a project in Warsaw, Poland. I have also been honoured by the NY section of the American Chemical society for volunteer service as a moderator at their 2015 Undergraduate Research Symposium and as a volunteer at their annual Museum Day. I am also one of a team of three (With Rayyan Alam and Pietrek Wong) who are the winners of the Long Island Section of the ACS’s 2016 Chemistry Challenge.

I presented research in Dubai. My research advisor tries to have her students go to conferences that are relevant to their research interest. The Energy, Materials and Nanotechnology (EMN) conference in Dubai was filled with researchers from around the world studying Energy and Materials.

What would you say is your biggest accomplishment?

My biggest accomplishment is more introspective. I’ve learnt that being wrong is not the end of the world. I’ve been working on two research projects at Adelphi and each has had its share of ups and downs. Sometimes not getting the results you were hoping for is daunting.

Did you have any key mentors or people who deeply influenced who you are?

They say that it takes a village to raise a child and I feel like I am who I am today because of the influence of so many people. Besides my mom and dad, I’ve been mentored by teachers and professor from Nursery onwards as well as from family members. For some more specifics there is Michelle Adams who taught me in Nursery and still keeps in touch, Miss Joseph from North Georgetown Primary School, Miss Percival who nominated me and was my biggest inspiration at Queens College. Mr. Bernard at Queens College who never said no to my numerous requests for extra notebooks to make study sheets from and Miss Liverpool. At Adelphi, my research advisor Dr. Widera who is in the video as well as Dr. Matthew Wright and Dr. Dempsey Hyatt have all shown me what being a great scientist is like and forever push me to excel. There was also my neighbour Mr. Carryl, family in NY and Boston who have taken me under their wings as a replacement for my parents, my friends. 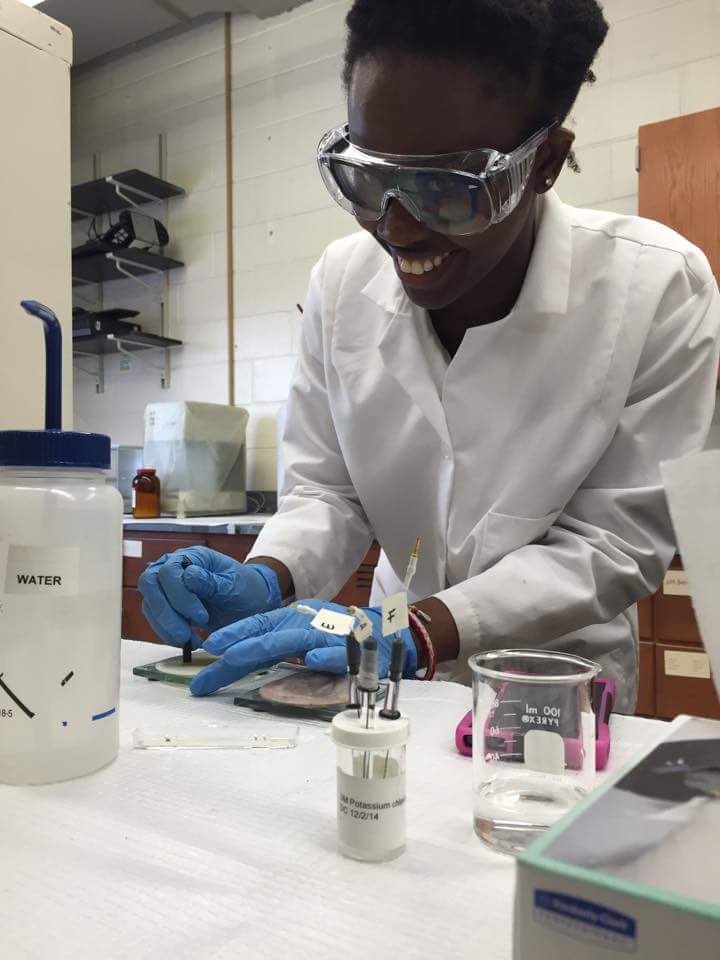 Were there any major challenges or obstacles that you’ve overcome?

I took a lot of financial blows. At one point I was sure that I was going to have my student VISA voided and be sent back to Guyana because I couldn’t afford to stay here but I was persistent and found loopholes so now I’m better off now than I was then.

I also overcame a lot of personal challenges, I learnt a lot about myself and how to make major decisions for myself without over thinking.

What advice would you give a young girl/woman who wants to pursue a similar career or field of study?

For a girl wanting to pursue my field of study or any field I would say “Go for it. Know what you want and take that leap of faith. Maybe the first try won’t work out as planned but nothing good has ever come easy so try again, change your approach and attempt to leap again and again and again.”

What’s next for you or what are you most looking forward to in the future?

In the immediate future I’m going to start  graduate studies in Chemistry at UCLA. I eventually want to pursue my Post Doc in Chemistry and work as a professor in a research institution or at a national laboratory.