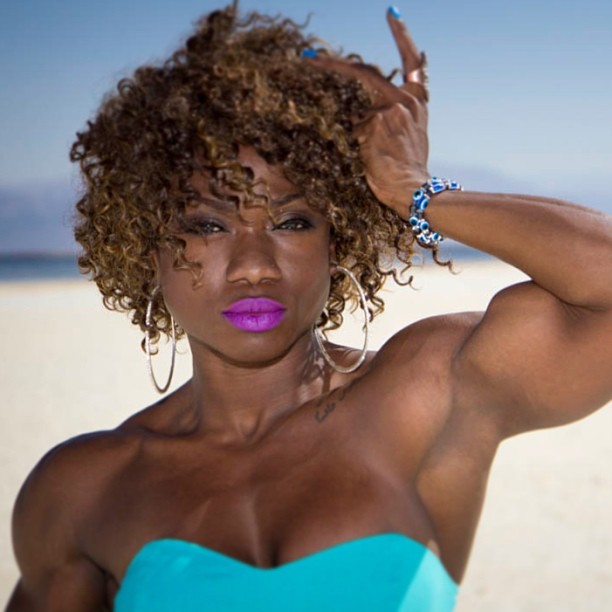 Professional bodybuilder, Alana Shipp, has muscled her way to the top echelon of  Women’s Body Building in just a few years.   Born in 1982 in Barbados to Guyanese parents, Alana spent her early childhood in Guyana prior to moving to Queens, New York at age 11.

After graduating high school, Alana enlisted in the US Marine Corps and spent almost 8 years as a non-commissioned officer, working as a logistics procurement manager in Okinawa, Japan; Camp Pendleton, California; and in New Orleans. She later worked as a procurement manager for Coca-Cola in Dallas before moving to Israel in 2008 with her husband who is employed by  the U.S. Consulate in Jerusalem.

Alana began working out in order to lose some weight she gained during her two pregnancies.  In October 2011, she caught the eye of Meny Elbaz, a trainer and professional bodybuilder in Jerusalem who saw that Alana had great potential to become a competitor.  The pair started working together in October, 2011 at the Sky Gym; a boutique workout facility owned by Elbaz. 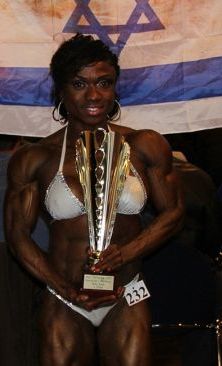 Alana holding her trophy in Germany

In May 2012, Alana made her trainer proud when she won first prize and the title of Miss Israel Fitness.  The Times of Israel referred to her as “The Talented Ms. Ripped.”  That same year, she competed for the first time internationally and won 3rd place in then Ms. Physique category at the NAC Championship in Hamburg, Germany.  At the 2013 NPC National Championship, Alana won the middleweight division and earned her IFBB pro card.  She was also the 1st place lightweight and overall winner at the 2013 NPC Steve Stone Metropolitan Professional Championship.

Alana continued her climb to the top and in September 2014,  she competed professionally for the first time at the Ms. Olympia championship in Las Vegas, Neveda, placing 4th.  Ms. Olympia is the title given to the winner of the women’s bodybuilding portion of Joe Weider’s Olympia Weekend—an international professional bodybuilding competition that is held annually by the International Federation of BodyBuilders (IFBB).

Earlier that years, she  placed 5th at the 2014 IFBB Omaha Pro in Omaha, Nebraska  and  won  2nd place at 2014 IFBB Toronto Pro in Canada.  Competitors placing in the top 5 at the Olympia automatically qualify for the following year, making Alana is a strong contender to take home the title.  However, inn late 2014 the IFBB announced that MS. Olympia has been cancelled for 2015.

“I’ve never been very athletic,” Alana shared on her website www.alanashipp.com. “In fact, I’ve always been awkward when it comes to sports. However, I’ve always been driven and quite the hard worker. Anything I put my mind to I give all of myself.”

Today the 34 year old mother of 2 continues to workout and share updates via  her Social Media Accounts. 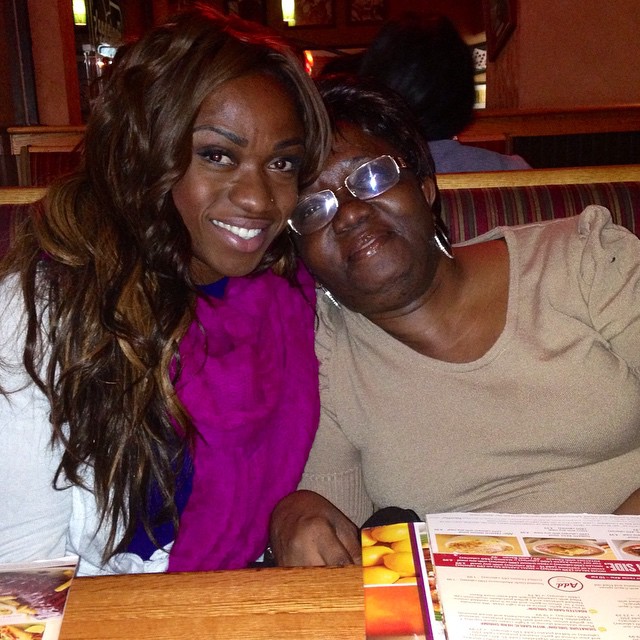 Alana with her Guyanese mom 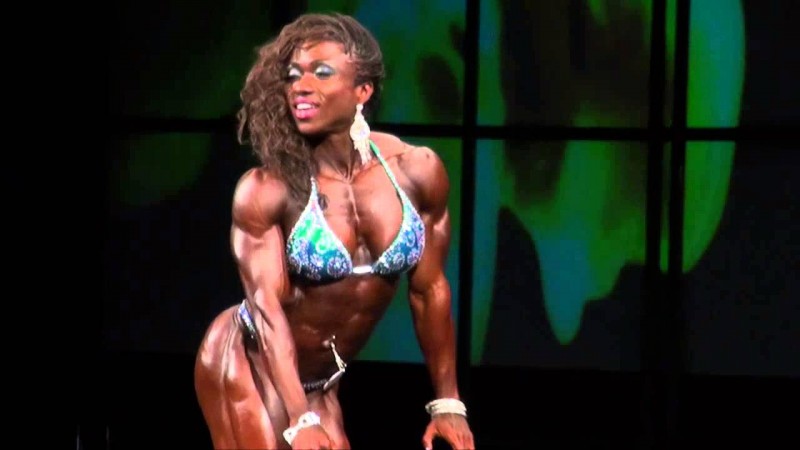