Richards, 28, is the youngest of five children born to Oscar and Violet Richards and she grew up in Sisters Village, West Bank Demerara. After graduating from the West Demerara Secondary School in 2002, Richards first worked temporarily as a legal clerk at the Chambers of Attorney Llewellyn John, before applying to enter University of Guyana.

In 2004, while reading for a degree in law she secured a job as a reporter at Prime News. She left the media in 2006 and after graduating in 2007 worked with the Chambers of Moore, Harmon, Sobers & Gaskin until 2010. Two years later she entered the Hugh Wooding Law School, graduating on October 4, this year and winning the Royal Bank of Canada prize for best performance in Probate Practice and Procedure. 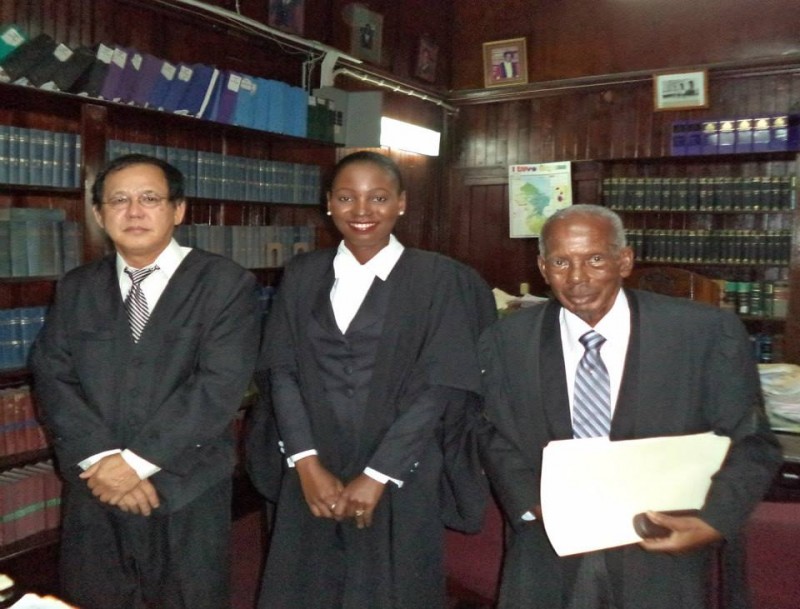 One comment on “She Rock! Former Prime News Reporter, Folio Emis Richards, was admitted to the Bar”