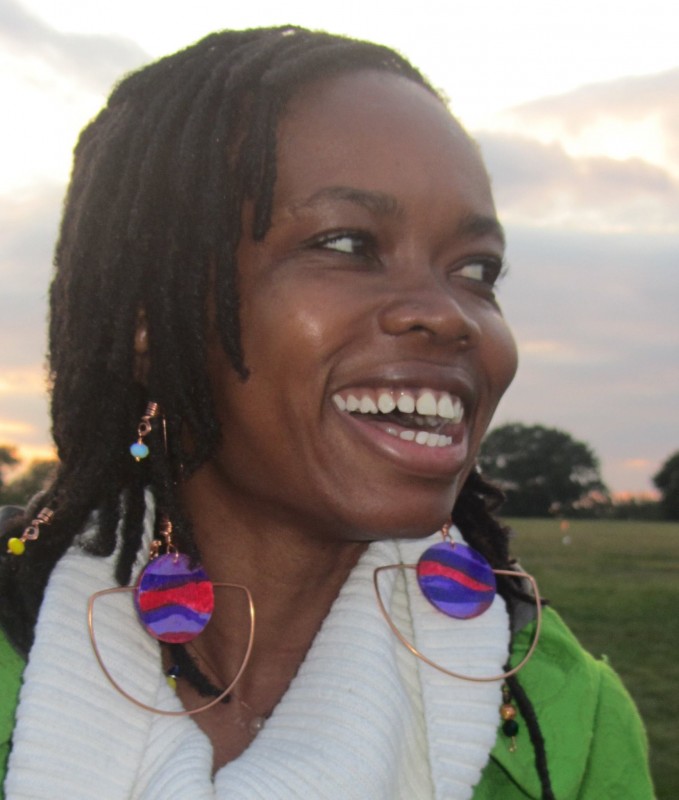 Damali Abrams is a Guyanese-American video and performance artist. She is the daughter  of retired journalist and “Metemgee” author,  Ovid Abrams and former school teacher, Norma Abrams. Her knack for creativity and artistry led her to earn a Bachelors of Arts Degree from New York University and  Master of Fine Arts Degree from Vermont College.

Damali started as a little girl wanting to be a dancer and a writer. “I was on that path until the end of college. Then I started to make collages and decided to pursue visual art”, she shard in an interview with kindaesthetic.com. Five years later Damali entered the MFA program at Vermont College and after graduating she began submitting her work to lots of exhibitions and other art opportunities.

Damali was a 2009-10 A.I.R. Gallery Fellowship recipient and her work has been shown in New York, New Jersey, Philadelphia, Memphis, Savannah, New Orleans, Denver, and Miami. In New York City, her work has been exhibited at The Museum of Contemporary African Diasporan Art (MoCADA), A.I.R. Gallery, JCAL, Rush Arts Gallery and BRIC Rotunda Gallery, among others.  In 2013, she completed a dual artist residency with the organizations Fresh Milk in Barbados and Groundation Grenada. Damali was also one of the 2014 artists in residence at The Center for Book Arts and completed an apexart International Fellowship in Seoul, South Korea.

Some of Damali’s most notable work includes her production of  Autobiography of a Year, Autobiography of the Year II, and “Baby It Couldn’t Have Been You That I Feared.  Autobiography of a Year is a four-screen video installation that was featured in the El Museo’s Exhibition – LA BIENAL 2013: Here is Where We Jump! La Bienal features work by artists who live and work in the greater metropolitan area of New York City. For that piece Damali recorded daily video diaries during year 2009, often wearing different costumes in an attempt to answer that age old question, where does the time go? “It was a time capsule and a rite of passage that I created for myself”, Damali said.  Autobiography of a Year II is an experimental documentary of the year 2011 also consisting of daily video diaries,  which can be viewed on Damali’s website.

Baby It Couldn’t Have Been You That I Feared is a music video based around a rap song that Damali wrote and performed with her brother, Kwesi. The beat was provided by DJ Metaphysic, who also appears in the video, along with Damali’s former partner Shadagga. The video is a montage of news clips obsessing about “high rates” of unmarried Black women, as well as other portrayals of Black women in the popular imagination. 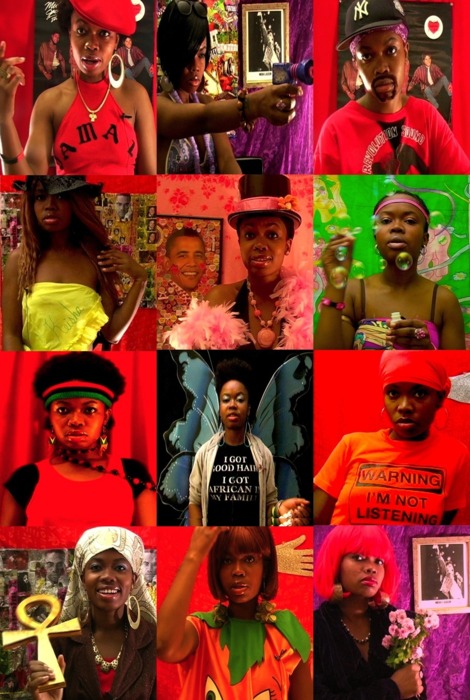 Damali Abrams in character – Autobiography of a Year

Damali’s live performances include poetry and readings from her childhood diaries. Other mediums includes social networking and cable access television. In 2007, while in graduate school, Damaili launched “Self-Help TV”, a television series that was shown weekly on Manhattan Neighborhood Network as well as online at mnn.org. Damali created a range of programming including a segment called “Herb Grrl” where she showed her viewers how to make recipes such as Peppermint Honey and Rose Petal Lemonade.

In addition to her artistic work, Damali has taught workshops at BMCC (Borough of Manhattan Community College), SUNY Purchase, Barbados Community College, NYU Polytechnic School of Engineering, Hunter College School of Social Work, and Syracuse University’s 601 Tully.  She currently resides in New York where she continues to work on her art, and occasionally collaborates on projects with her sister, author and self-empowerment expert, Abiola Abrams.

To see a collection of Damali’s work, visit her online Exhibition at The Bespoke Curator, or follow her Blog  to learn more about this talented artist. 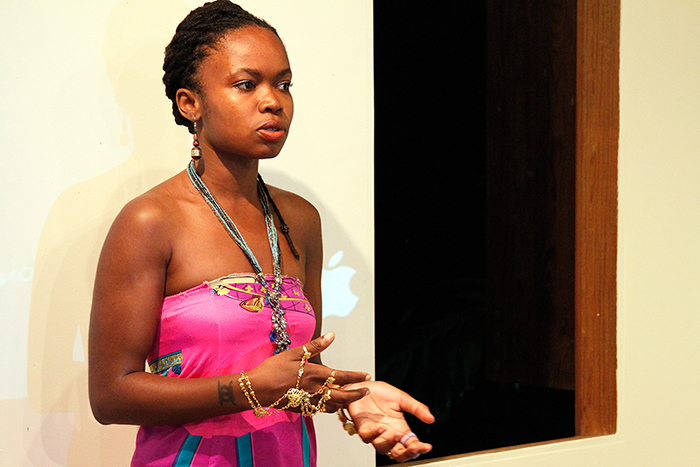