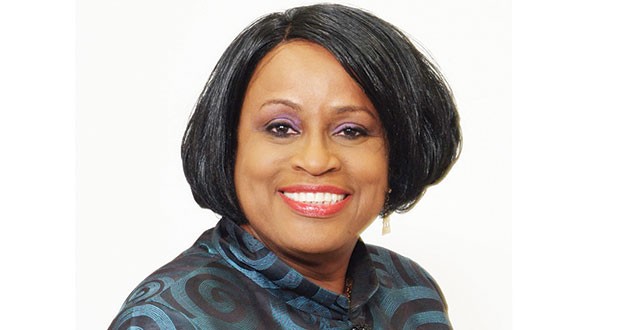 Dr. Faith Azelia Harding leaves behind a legacy of impressive political accomplishments and passionate advocacy. A former Minister and PNCR’s first female presidential candidate, Dr. Harding was one of Guyana’s leading political advocate for issues affecting women and children. Born on October 5, 1947 in Georgetown, Guyana to Egbert and Beryl Blackmore, she was the sixth child of a very closely knitted family which consist of three brothers and three sisters.

Dr. Harding attended St. Ambrose and St. Stephen’s primary schools and British Guiana Education Trust High School.   She was an enthusiastic learner who enjoyed English Language, English Literature, Religious Knowledge, History and reading Nancy Drew books. Fascinated with the power of words and their meanings, at 9, she emphatically encouraged her friends to increase their vocabulary on a daily basis. Further intrigued by one of her aunts who wrote poems, she gained a deep love and appreciation of poems and even participated on radio programs, Ovaltine and the Teenagers Choice.

Dr. Harding was taught the importance of education at a very early age.   She developed a strong desire to increase her skills in the “helping and caring” profession when she saw deficits in school environments and training facilities for poor children of color. She saw teaching as a way to mold the minds of children and adults and remains confident that true change can be realized through improved self-perception and getting the best out of the human mind.  Dr. Harding took notice and was concerned about many social and economic challenges that plagued Guyana and got involved in annual toy drives with the Red Cross that supported orphans, abandoned children, and children with disabilities in the lower and upper East Coast communities including Mahaica, Mahaicony and West Coast Berbice.

It was through a close bond and relationship with her uncle, the late Andrew Jackson who was the president of the Post Office Telecommunication Workers Union that Dr. Harding was introduced to politics.  He played a significant role in her life after her father died when she was only nine years old. Her Uncle Andrew had very high values, instilled a lot of pride in her and influenced the way she lived and behaved. With a keen focus on the key issues that  challenged Guyana,  Dr. Harding emerged as a strong, viable and competent candidate for the presidential role. She held firm to her vision that Guyana will become the food basket of the Caribbean, but she recognize that several, critical programs must be in place for this vision to become real in the lives of Guyanese citizens. 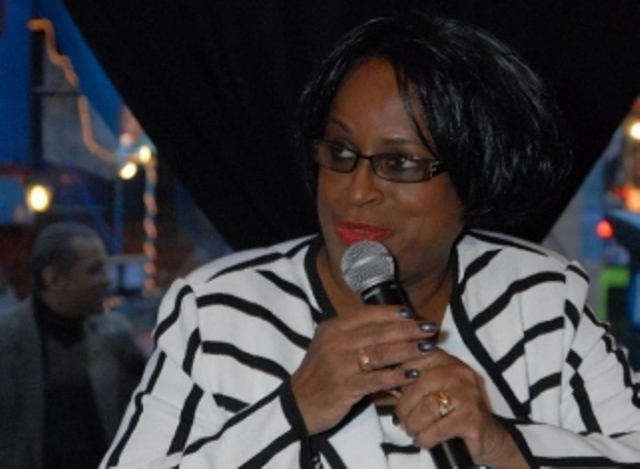 Dr. Harding during her 2011 Presidential Campaign

In the 2011 general elections,  Dr. Harding was the only female candidate to run for President of Guyana.  Her platform for change included initiatives that would bring affordable electricity and energy to every household; significantly reduce crimes against women and incidences of domestic violence, sexual abuse and gender-based abuse; curb executive lawlessness and minimize the escalating levels of drug trade and trafficking that scar local communities; introduce much needed drug intervention and drug rehabilitation programs; raise the existing minimum wage and create jobs through investments in agriculture, water resources, oil and metal mineral industries; develop and launch training centers to enhance skills and competencies for teenagers and young adults; maximize the richness of the Interior land for agriculture and further build the infrastructure and roadways leading to Brazil and Venezuela for more trade activities and sharing of resource development activities; improve education through top-level teacher training, parent education and research that will make Guyanese schools more relevant and hospitable to children; increase the health standards by implementing more community-oriented training on wellness and illness prevention methods as too many women are dying in childbirth and an alarming number of children are not surviving past the age of five; and ensure that Amerindians are keenly aware of their rights to free education, access to healthcare, job creation activities, fair wages and feel included in the Guyanese society. 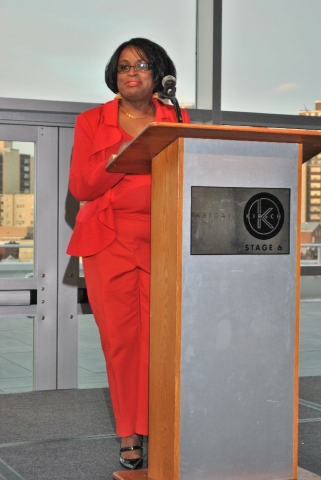 Dr. Harding was a fine example of diligence and hard work and spent close to 30 years bringing about transformational change in Guyana, Sudan, Timor and Liberia.  She understood what the Guyanese people needed, held a deep grasp of the challenges and successes of developing a country and was experienced in bringing peace and social cohesion to desperate, tumultuous situations.

A passionate believer in the power of education, Dr. Harding was instrumental in starting an education program that is the best in the Caribbean and was intimately involved in a wide range of volunteer projects that turned around communities and local neighborhoods in Guyana. In the Tiger Bay area, she rallied a disparate community together to form a committed, rehabilitation group that was focused on rebuilding the community and improving education and economic conditions for youth and women. Over a four-year period, she launched an education and literacy program, instituted a training program with job skills training and instilled self-esteem and pride among the citizens through a “Miss Tiger Bay” pageant that raised money for local projects.

In the Den Amstel community where a large percentage of women and mothers lacked marketable skills, Dr. Harding helped build a skill development program that introduced sewing and cosmetology as viable careers. She assisted the community in writing grant proposals and successfully solicited funds from international agencies that financed a daycare community center that allowed mothers to earn a living and still have adequate care for their children. In addition, she opened a private, free clinic that provided counseling services for children and families infected and affected by the HIV/AIDS epidemic, runaway youth, men and women victims of domestic violence as well as young victims of sexual abuse.

When the women’s cricket team was almost defunct in Guyana, Dr. Harding joined the executive as its President, gave it the boost needed to raise its standards and today, the group is a viable sports organization competing nationally and regionally in cricket competitions.

Dr. Harding had a wealth of public service experience and more than 25 years of political and government . Over the years,  she was retained as a consultant for a myriad of international organizations and government agencies. During a three-year rotation with the United Nations Mission in Liberia (UNMIL) Peacekeeping, she  functioned as the Chief for the Resource Mobilization and Trust Fund. Her work included providing direction and advice for the UN policy on Peacekeeping Quick Impact projects; establishing effective working relationship with central government agencies and local government officials to identify and prioritize projects for funding; and promote overall rehabilitation and reconstruction of communities and provide employment for women and former fighters.

Dr. Harding spent more than a year in East Timor and held several roles with the United Nations Transitional Administration. In the office of the Deputy Special Representative of the Secretary-General for Governance and Public Administration (GPA), she drove the initiation of a Gender Affairs Bureau, developed the structure of GPA, and planned relevant policies and strategies for governing East Timor. As the senior advisor on social affairs policy and management, she created national teacher performance standards and national content standards for kindergarten through secondary educational institutions. In addition, she designed the policy framework for the education sector comprising nursery through university levels. In a previous role as the Director of Capacity Building in the Office of the Special Representative of the Secretary-General (OSRSG), she prepared strategy papers for the SRSG and Cabinet members on the capacity building program; liaised with the donor support group, multilateral agencies, UN bodies, international and local non-governmental agencies.

No stranger to the political arena, Dr. Harding was a legislator for the Parliament of Guyana and held oversight for the Ministries of Education and Health. She convened and led a political group advocacy for women’s right to choose and mobilized efforts against police brutality. She also interfaced extensively with public, international, regional and civil society organizations to collaborate, strategize and devise solutions for ongoing political issues.

Appointed as Minister of Public Service in 1989, Dr. Harding led the restructuring of the Guyana Public Service and achieved significant success in decreasing inefficiencies, lowering incidences of redundancies and elevating overall effectiveness of all government programs. She implemented standard policies for a wide variety of matters relating to public service salaries, rules and regulations, ministry management, government scholarships and student loans. In this multifaceted role, she worked very closely with President Hugh Desmond Hoyte and headed the negotiations with the international financial and bilateral institutions to ensure adequate financing for major public service projects including the Public Service Reform, Human Resource Development, and Scholarship Grant Aid.

Dr. Harding at a two-day interactive camp that she hosted at Moraikobai

For six years,  Dr. Harding served the Chairman for the Guyana Management Institute and was at the forefront of approving policies on management training for professionals in both public and private agencies. In her role as the Minister of State for the Ministry of Planning and Development, she was very active in setting guidelines for social sector policies and provided guidance to the Ministries of Education, Health, Government Information Service and Water & Environment on key policy directives and their overall impact on the national economy. During her tenure, she served on the Social and Economic Council, Supervisory Council for Public Utilities and the technical advisory team of the State Planning Secretariat.

In the late 70’s and early 80’s, Dr. Harding made significant contributions through her roles with the Ministry of Education in Guyana. As the Assistant Curriculum Coordinator, she spearheaded the nationalization of kindergarten education that allowed cost-free education for all children over the age of three. In addition, she was instrumental in formulating the national program objectives, designing curricula and training teachers and educators in the early childhood curriculum development. As the Assistant Chief Education Officer, she managed the National Nursery Education Program including 300 employees and established national standards for teacher performance and behavior indicators.

Dr. Harding also spent part of her professional career in the United States.  She as a teacher for the Lexington Houses Day Care center in Harlem, New York where she formed a non-sexist curriculum for early childhood education and supervised classroom experiences for student teachers of Hunter College. Also a Child Psychologist by profession, she completed her advanced education at the prestigious Teachers College at Columbia University. She earned in a Master of Arts degree in curriculum and teaching, a master’s degree in education and a doctorate degree in education. She also completed her Bachelor of Science degree in education at Mills College of Education in New York City.

Sadly, this dedicated public servant earned her wings on January 23, 2015 at age 67. After a period of illness, Dr. Harding died at the St Joseph Mercy Hospital in Georgetown. She leaves behind her husband, President of the Guyana Gold and Diamond Miners Association, Patrick Harding and son, Patrick Jnr. Her legacy shall live on!