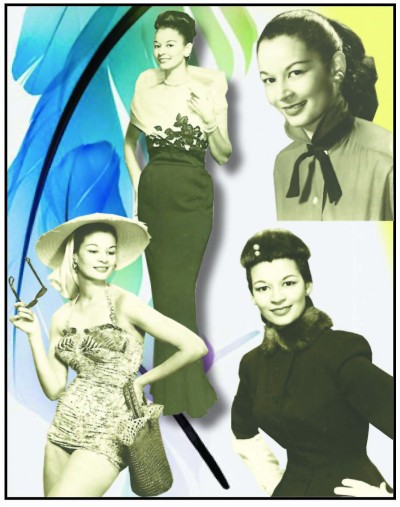 Lady Sara Lou Carter, nee Harris was an educator, fashion model, entertainer and humanitarian, born in Wilkesboro, North Carolina in 1926.   She married Guyanese Sir John Carter in 1960, after meeting him in 1958 when she visited Guyana to participate in a fashion show.

A graduate of Bennett College in North Carolina, Lady Sara taught third grade in her hometown of Wilkesboro, NC for a year. Sara went on to pursue her master’s degree at Columbia University. Her multifaceted career grew out of modeling, acting, dancing, radio and television work she did to help support her studies at Columbia.

Lady Sara broke the color barrier and changed the image of the black woman model from servant to glamor girl in high fashion modeling when she became the first black model in the New York buyers fashion show. She was one of the original 12 “Branford Lovelies” of the Branford Modeling Agency, the first licensed African-American modeling agency in the U.S. She has been a cover girl for 26 magazines, as well as a radio personality and a night club entertainer.  She was also the first African-American model to be featured in a national poster campaign in the 1940s for Lucky Strike cigarettes.

Lady Sara was the owner of Sara’s Salon, a popular interview programme in Guyana in the sixties. She also established The Sara Lou Charm School for Girls in Guyana, teaching girls about poise and proper etiquette.

In 1966, Sir John was appointed Guyana’s first ambassador to the U.S., UN and Canada.  Also famous for her charm and elegance, Lady Sara became and was recognized as the first African-American chatelaine of the embassies. Sir John and Lady Sara parented three children: Robyn, John and Brian. 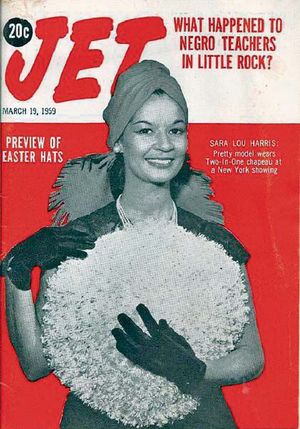