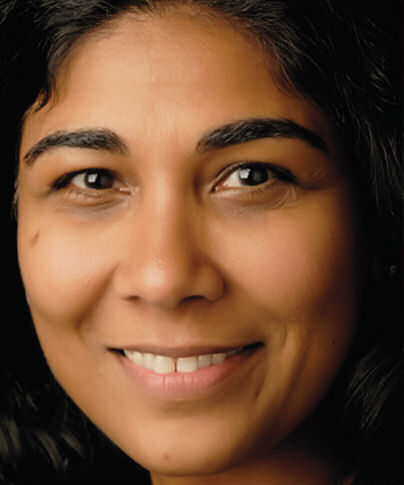 Nikki Kahn, currently a photojournalist at The Washington Post,  is a 2011 Pulitzer Prize Winner for her outstanding work in photography. Born in Georgetown, Guyana Nikki moved to Washington, D.C where she obtained  a Bachelor of Arts degree from American University with a double major in Visual Media and Art History in May 1996. She later attended Syracuse University and completed a Masters of Science degree in Photography in May 2004.

Nikki joined the staff at The Washington Post in January 2005, following a photographer/editor position at Knight-Ridder Tribune Photo Service in Washington, D. C. She has also worked as a staff photographer at the Indianapolis Star and as an intern at the Washington Times, the News Journal in Wilmington, Del., and the Anchorage Daily News in Alaska.

Nikki shared the Pulitzer Prize for Breaking News Photography with her Washington Post colleagues Carol Guzy and Ricky Carioti for their series “Haiti’s Profound Sorrow,” featuring portraits of grief and desperation after the 2010 earthquake in Haiti. “It was impossible for us to disconnect ourselves because of the magnitude of the disaster,” says Kahn. “We were there, in the moment, working.” The photos brought the disaster to life and personalized the tragedy for many Americans. “I think the photo of Idamise, the old lady leaning against the tree (below), is probably one of my favorites,” Kahn says. “It seemed to encompass all that Haiti was feeling, just broken and tired, but proud and hopeful at the same time. That is a photo I feel very close to.” The Pulitzer Prize honors distinguished examples of breaking news photography in black and white or color, which may consist of a photograph or photographs, a sequence or an album, in print or online, or both.

Nikki’s  visual reporting spans the globe – Afghanistan, Haiti, Tunisia, India, Egypt, and Guyana to name just a few. Her images capture the faces and places engulfed in the headlines as well as the little known people and communities that do not often make the front pages. It’s that commitment to telling the stories of those not so known places that make her work notable. Stories like those of young men and women confronting AIDS in Guyana, a series she completed in 2004 as part of her Masters thesis at Syracuse University. 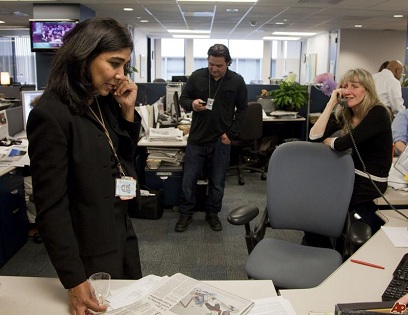 Nikki has had traveled back to Haiti several times after the earthquake.  “I think the amazing thing was the opportunity to go back throughout the year and check up on the people I photographed on the first trip,” Kahn said. “It was incredibly important to find the strength to go out and show the world what the Haitian people were going through.”

Nikki’s work is currently featured in the new exhibit, “The Eyes of History 2012: White House News Photographers Association,” running from Sept. 28-March 29, 2013, at the Newseum in Washington, DC.“The exhibit showcases dramatic, award-winning images and video from the annual competition of the White House News Photographers Association. The display features more than 70 of the best news images of the people, events and issues that shaped the nation and the world in 2011. 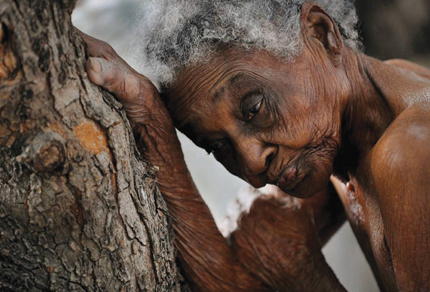 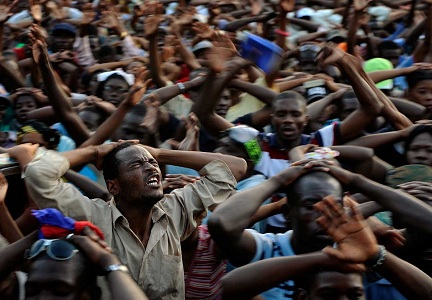 For more images, including  photos on  “Aids in Guyana”  visit: http://www.nikkikahn.com/