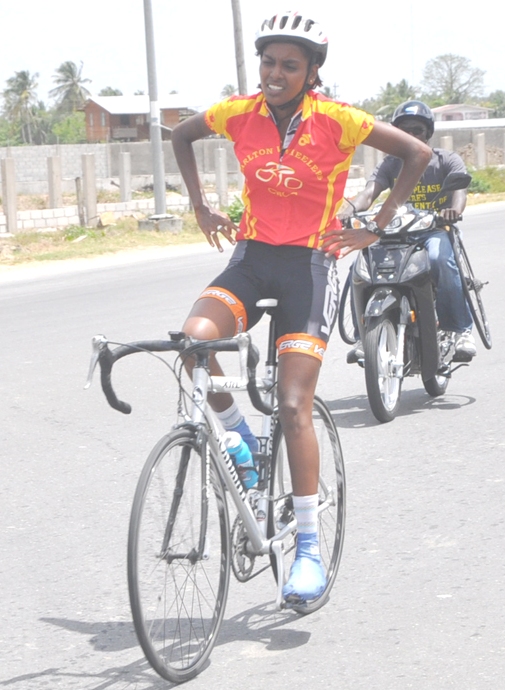 Guyanese female cyclist,  Naomi Singh, began riding at an early age. The East Coast native was born on February 12, 1992  and at age 21 has already made her mark on the local and regional cycling scene.  From falling down during races to having road accidents, the disciplined and persistent rider has faced many challenges, but always kept her eyes set on the finish line.

At the age of fifteen Naomi received the Guyana Cycling Federation (GCF) Most Outstanding Female Rider of 2007 Award.   It was through the “Teach Them Young” cycle programme,  organised by national cycling coach Hassan Mohamed, that Naomi  that she received training and her first cycle.

At the 2008 National Schools’ Cycling Championships,  Naomi won the coveted gold medal in the girls’ open 25km cycle road race. At the 2009 George Cumberbatch Memorial race meet held at the National Park, she won the female clash ahead of Abigail Humphrey, daughter of former national star, the Late Troy Humphrey.  Later that year in June she participated in the Annual P&P Insurance Brokers Cycling Programme where there was no female category due to the lack of participants, but the lone female rider,  then 16-year-old Naomi rode in the Boys 12-14 years 3-lap race and finished 2nd. A few months later in October  2009,  she participate in the Inter Guiana Games in Suriname where she placed third and took home the bronze medal, losing to fellow Guyanese Marica Dick.

Naomi’s enjoyed many more thriumps than disappointments over the years. In March 2010 at the Cheddi Jagan Memorial Road Race, she rode her way to victory in the ladies’ category.  Other wins include first place at the 2010 Annual Universal Auto and General Supplies’ Cycling Programme and 50th National Schools cycling, swimming and Track and Field Championships. However during that year’s National Road Race championships Naomi found herself trailing the first and second place winner and finished in third place.  She was awarded the win at the IGG Games that same year, although the decision caused some controversy.

At the 2011 GCF Championship games, Naomi came in second to Linden’s Hazina Barrett in the female category.  In October 2011 at the Leslie King Memorial Cycle Classic in Trinidad she secure second position.  She then won first place at the 2011 Inter Guiana Games road race held in Guyana. Naomi was also the only female among four cyclists who represented Guyana at the 2011 International Easter Fest cycling championship in Trinidad.  She received a G$100,00 from the Guyana Floodlights Softball Cricket Association (GFSCA) for her personal expenses. 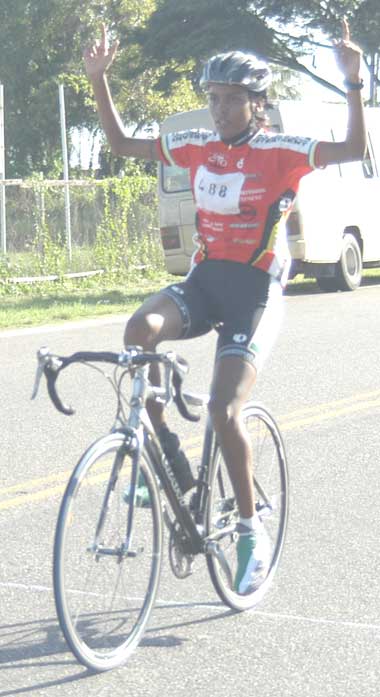 In April  2012, (Baker’s Memorial Cycle Meet) Naomi took the Ladies’ two-lap event and the School Boys and Girls Open race. In June,  Claire  Fraser-Green, who is based in the UK, out-sprinted Naomi to win her first GCF Road Race title. In July at the Third Annual Seven Seas / Dr. Chase 50 Mile Road Race Naiomi won over Marica Dick of Berbice.  In August 2012 (eighth annual Reagan Rodrigues Memorial 50-mile cycle road race) Naomi once again took home the winning prize. In October 2012, Naomi was one of 3 cyclist to be awarded a special prize at the Caribbean Cycling Championships, in Antigua for  their courage in participating in the grueling  ‘Ride for Life’  266-mile event five-stage cycling Meet. That same year Naomi was the first female to cross the finish line at the Roraima Bikers Club (RBC)/Digicel/Avon Breast Cancer Awareness 25-lap cycle road race.

At the February 2013 Mash 40-miler in Berbice, Naomi beat national champion, Marica Dick, to win the race. She completed the 20-mile race in a time of 47 minutes, 32 seconds (47m: 32s), 13 minutes ahead of Dick. In March 2013 at the Annual Cheddi Jagan Memorial Road race Naomi won the female category ahead of Hazina Barrett who suffered a puncture and also fell during the course of the race. She received a special trophy as the lone female to finish.

In a 2011 interview with Stabroek News, Naomi described cycling as her passion, but also admitted that she has made some bad choices, one of which was dropping out of school in fourth form. At the time she said that she was consumed by the sport, but she had plans to return to school.  Singh said she is unemployed by choice as she is dedicated to cycling. Her family, she said, is her support base financially, which has allowed her to pursue cycling. Training, she said, is done twice per week on the East Coast Demerara public road but she acknowledges that it  is dangerous facing the heavy and chaotic traffic.

Naomi also share that before she quits cycling her goal is to become the female Caribbean Champion. 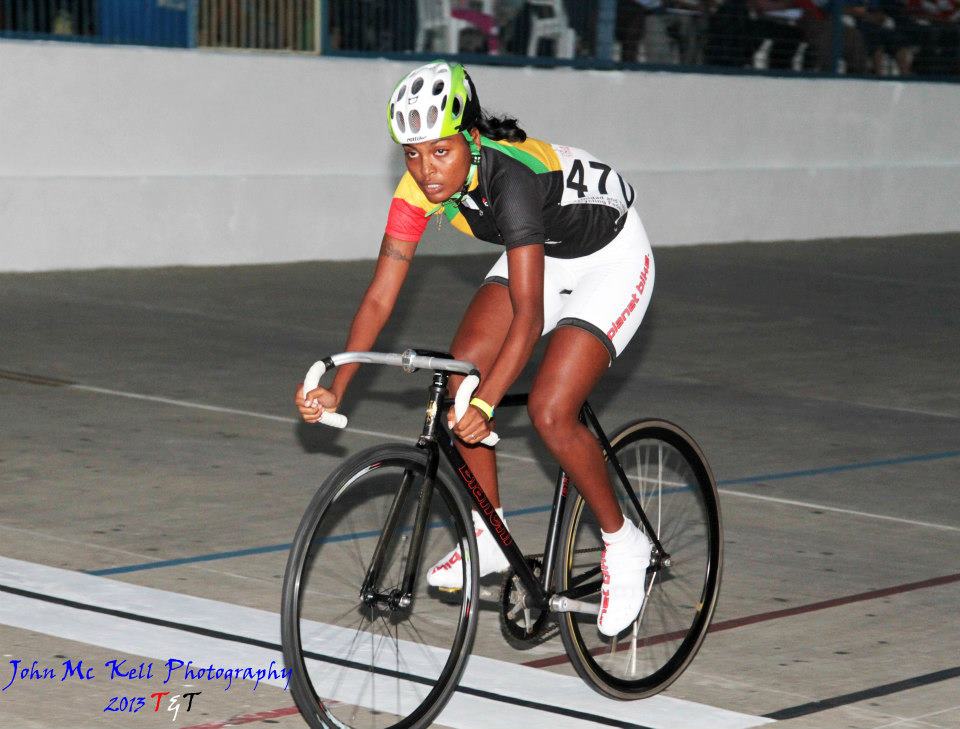