Last weekend I received a message from the Missosology Guyana Organization, asking me if I would be kind enough to edit their interview with the current Miss Guyana Universe 2012, Ruqayyah Boyer.  At first I was very excited and felt honored that they would even consider me to review such an important article.  Then slowly the nervousness began to creep in along with the doubts of if I could actually do this.  That feeling only lasted for a  few seconds before the voice in my head began yelling “you do this every day on your Blog – what are you afraid of?”  So my friends, I buckled down and reviewed the article, maybe triple times, and I DID IT!!.

Now here you go – I hope you enjoy reading this story of how Ruqayyah stole the hearts of the judges and the Guyanese public and won her way into representing Guyana at the Miss Universe 2012 Pageant currently ongoing in Las Vegas. 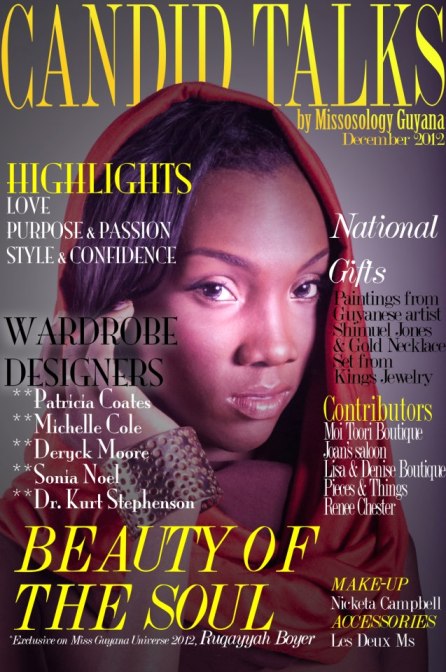