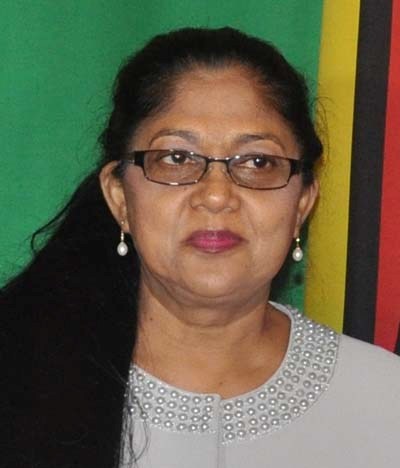 Mrs. Sita Nagamootoo,  the wife of Guyana’s newly elected Prime, Moses Nagamootoo, says that women must be given a greater role to play in the development of Guyana and she is convinced that they will get a better deal under APNU+AFU administration.

“Education is her pet concern, having been a teacher for some 35 years, a headmistress and lecturer at the Cyril Potter’s College of Education for teachers.”  This is according to a recent statement made by her husband, Prime Minister Nagamootoo, on his Facebook page. He went on to say that “she also urge an end to racist appeals and recounted how her students of different ethnicities would share their food and would drink from the same bottles, without showing prejudices.

While on the campaign trail leading up to the elections, Mrs. Nagamootoo encouraged women to unite and vote for the coalition so that their children and their children could be assured of a better future. She said over the years, she has drawn strength from the lessons of US Civil Rights activist Rosa Parks who had refused to go to the back of the bus which was singled out for blacks during the segregation movement in the United States. Mrs. Nagamootoo said Parks’ decision is one should serve as a lesson for all women to take up their rightful place and fight for what they want. 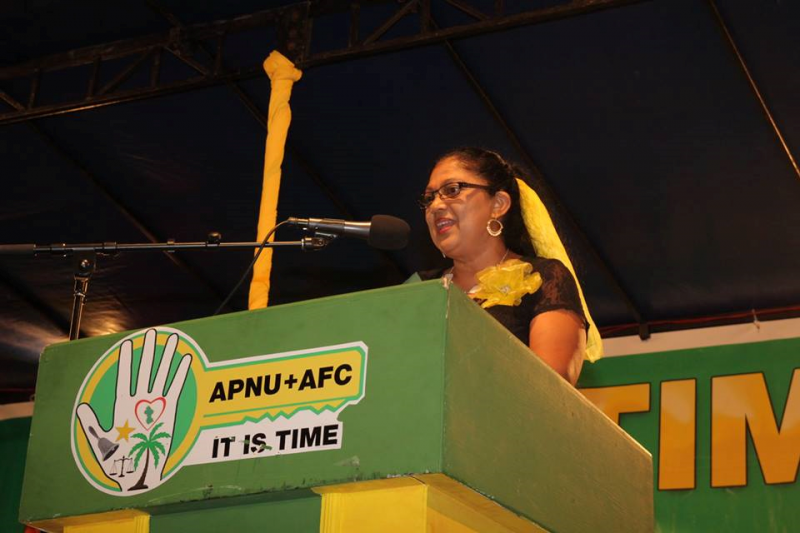 2 comment on “Mrs. Sita Nagamootoo Want Women to Have Greater Roles in the Development of Guyana – She Rocks!”