Last Friday evening members of the Guyanese Community in New York turned out to bid farewell a to Miss World Guyana, Lisa Punch as she prepare to represent Guyana at the upcoming Miss World Pageant in Sanya, China.  The reception was held at the Guyana Consulate where Consul General, Mr Brentnold F.R. Evans, delivered a special welcome address expressing his confidence that the 23 year old queen has a good chance of br 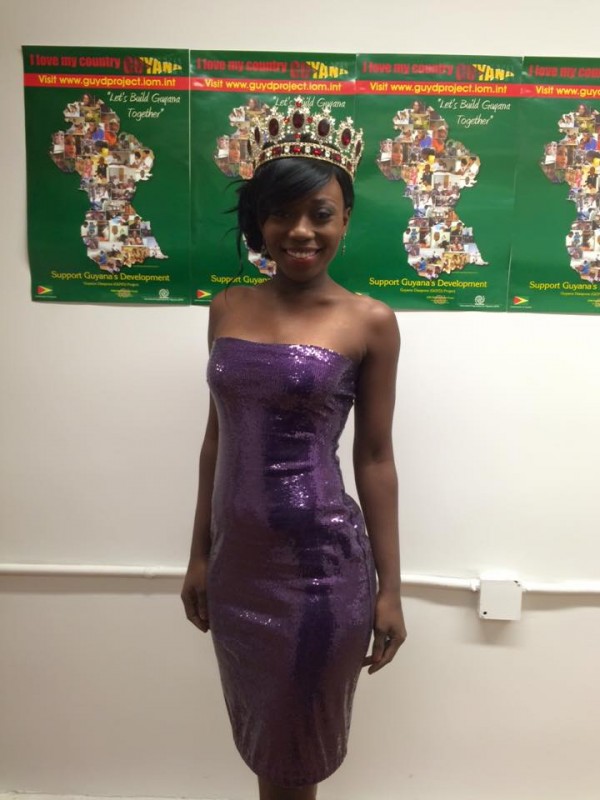 Natasha Martindale, who is the current Miss Guyana World Franchise Holder, discussed the pageant  selection process and thanked the Consul General for hosting the event. Lisa then took the podium and briefly serenaded the room with a few verses from her recently released single, “Staying Alive” before thanking her supporters and sponsors and explaining her Suicide Prevent Beauty with a Purpose Campaign. The charming beauty later spent time taking photos and chatting with the guests.  Delicious refreshments and drinks were served and an impromptu performance by Guyanese singer Sister Petra accompanied by music provided by DJ Flexx entertained the crowd.

In attendance was Guyana Cultural Association Board Member, Patricia Jordon-Langford, who was praised for her continuous dedication and support of the Miss World Guyana Franchise and it’s contestants.  GCA’s  Financial Director, Claire Patterson-Monah was also present to show her support.

Lisa is a singer-songwriter and actress best known for being Guyana’s voice in the Regional theme song ‘Carifesta’ and a contestant on the new ABC hit television show ‘Rising Star.’ She released her first album ‘The Evolution of Lisa Punch’ in December 2013.  She is also the founder and co-owner of Tianna’s Wedding Planning Company and the founder of Prevention of Teenage Suicide-Guyana.  She recently added the title ‘author’ to her list of accomplishments with the publication of her first book “The Adventures Of Lucy And Brown Boy“.

Miss World 2015 will be the 65th edition of the Miss World pageant to be held on December 19th at the Crown of Beauty Theatre in Sanya, China PR.  Roger Gary and Michelle Cole are the official designers for the Miss World Organization and will supply Lisa’s wardrobe.  On November 19th Lisa will depart for  China for 6 weeks of competition leading up to the Finale.  Bon Voyage and good luck Lisa, Guyana will be cheering for you.

One comment on “Miss World Guyana, Lisa Punch, is heading to China”