“As queen, I am very proud and feel honoured to be representing my country in Malaysia for the Miss India Worldwide, April 2013 pageant and will do my best to make my country proud.” These were the words of reigning Miss India Guyana 2013, Katherina Roshana, during her acceptance speech back in January.

Katherina will  represent Guyana at the International Miss India Worldwide Pageant scheduled to be held in Malaysia on April 21st,  2013.   She competed with 10 other beautiful ladies and walked away with the coveted crown.  However, her humanitarian work is what makes Katherina a true winner.  She uses her platform to brings awareness to starvation and poverty and also focuses her efforts on helping orphan kids, the elderly and women facing social and economic issues.

Katherina attended High School at the Georgetown International Academy. She later traveled to the US where  she pursued a Bachelor’s Degree in Oriental Medicine at the New York College of Health in Long Island. She returned to Guyana in 2012 where she continued her charitable work.  Read more of Katherina’s personal story…. 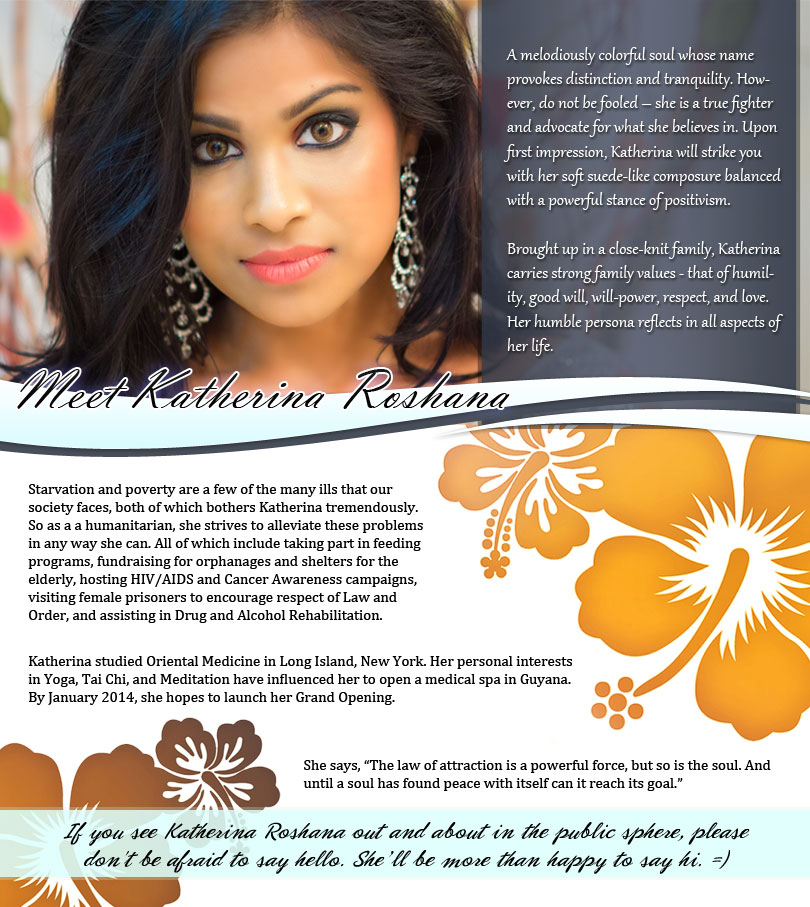 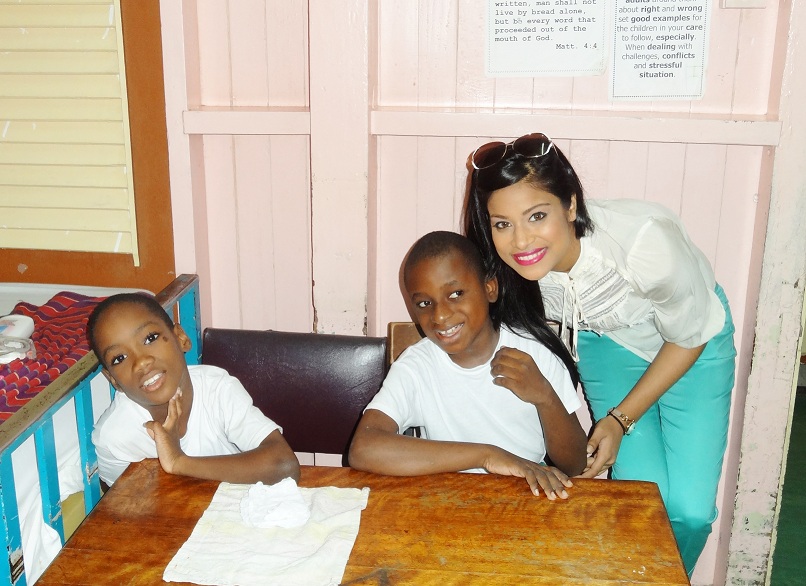 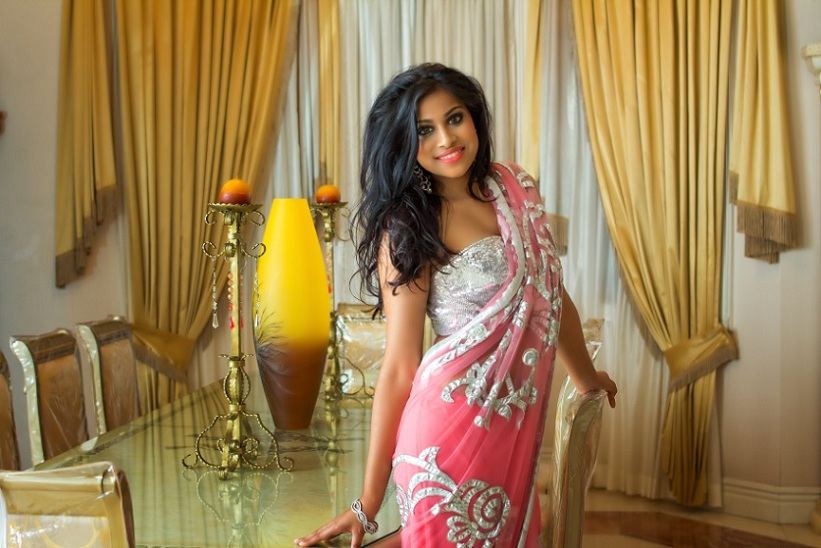