Congratulations to 18-year-old, Vena Mookram, who captured the crown last night and walked away with the title of  Miss World Guyana 2017.   The  5’6″ tall beauty was born on September 12, 1998 in the Capitol City of Georgetown and is a first-time beauty pageant contestant.  She will represent Guyana on the Miss World stage this coming December in China. 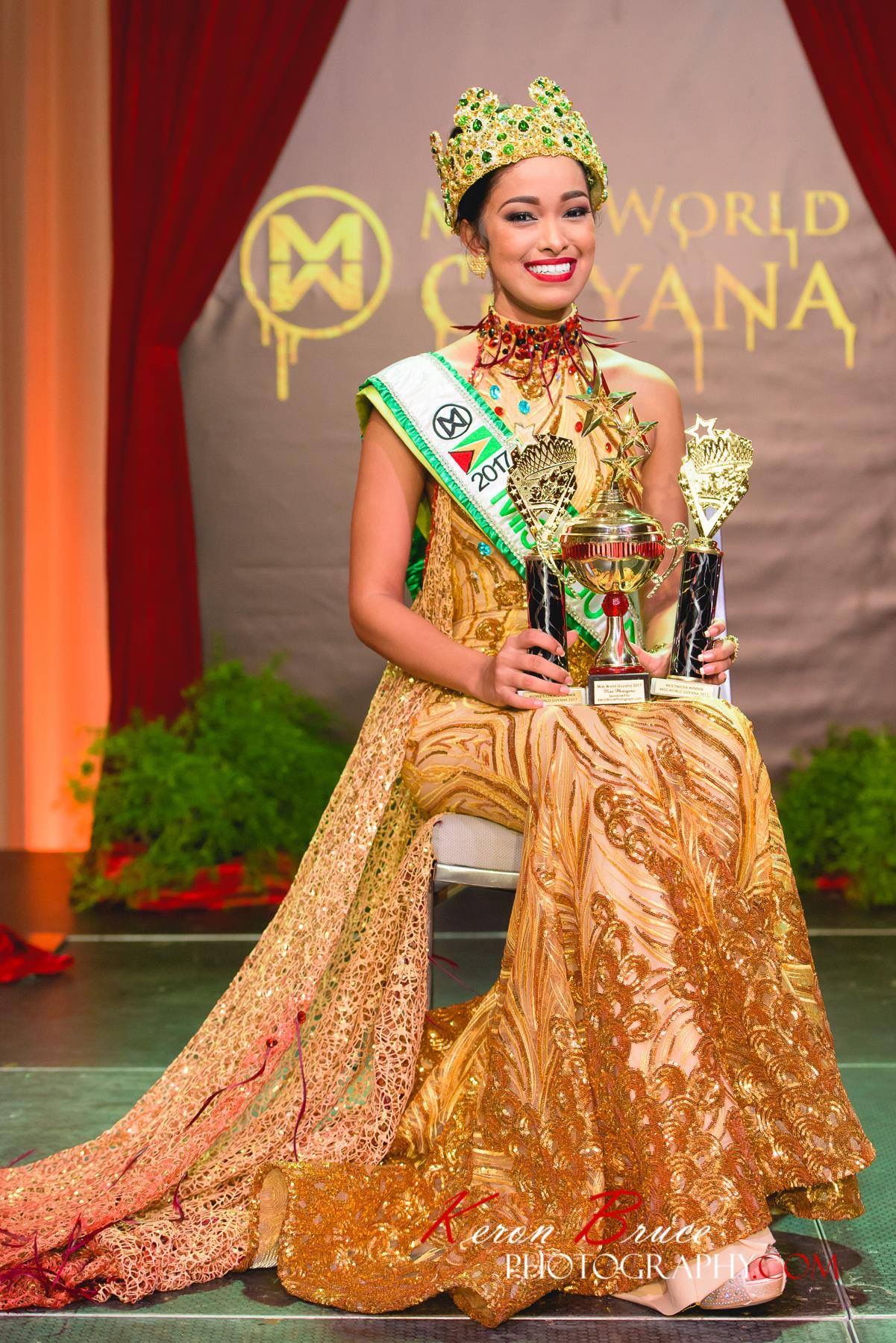 A fitness enthusiast, Vena’s Beauty with a Purpose platform focuses on physical fitness and nutrition and she has collaborated with Guyana’s Ministry of Public Health to work on strategies to promote healthy living and disease prevention. 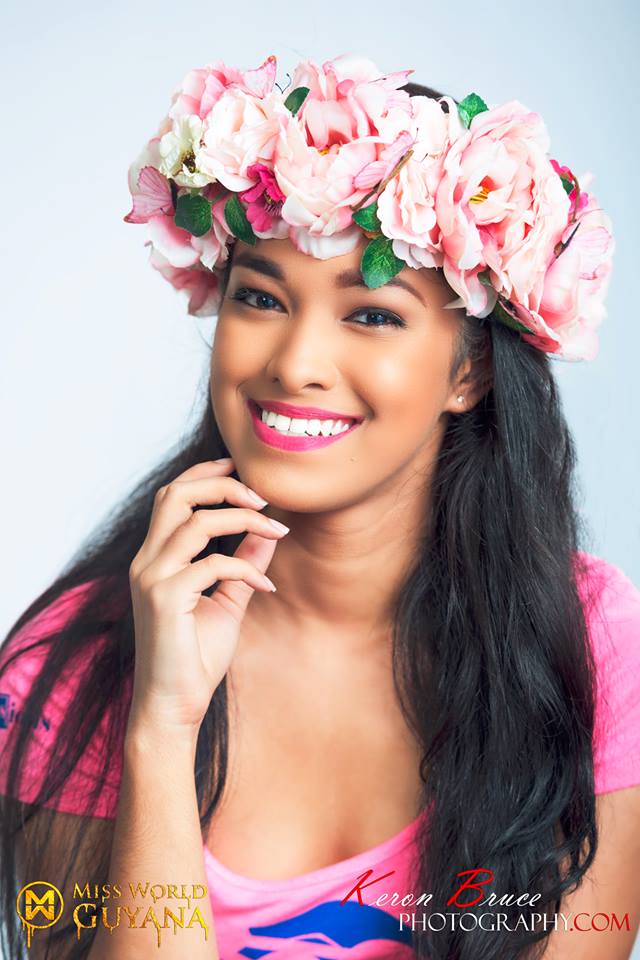 Vena represented Demerara/Mahacia Region 4 and is currently a resident of Diamond on the East Bank.  She aspires to become an entrepreneur and a humanitarian and sees the World Guyana Competition as an opportunity to boost her self-confidence and become a better role model for her peers.

During a May 2017 interview with Guyana Premier, Vena shared that her biggest inspiration is her father as he taught her that with hard work and constant determination you can achiever anything you want in life. She recalls seeing him sacrifice many things in life to get where he is today. 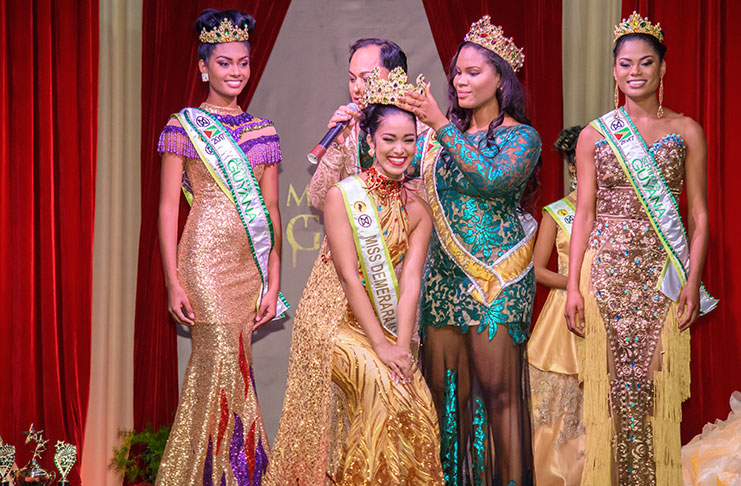 Miss World Guyana 2016, Nuriyyih Gerrard is placing the crown during the coronation ceremony.

Vena is currently a 6th form student at Bishops High School and is preparing to sit for the upcoming Caribbean Advanced Proficiency Examination.  With this win, she Vena succeeds Miss World Guyana 2016, Nuriyyih Gerrard who handed over the crown to the new Queen last night during the coronation ceremony. 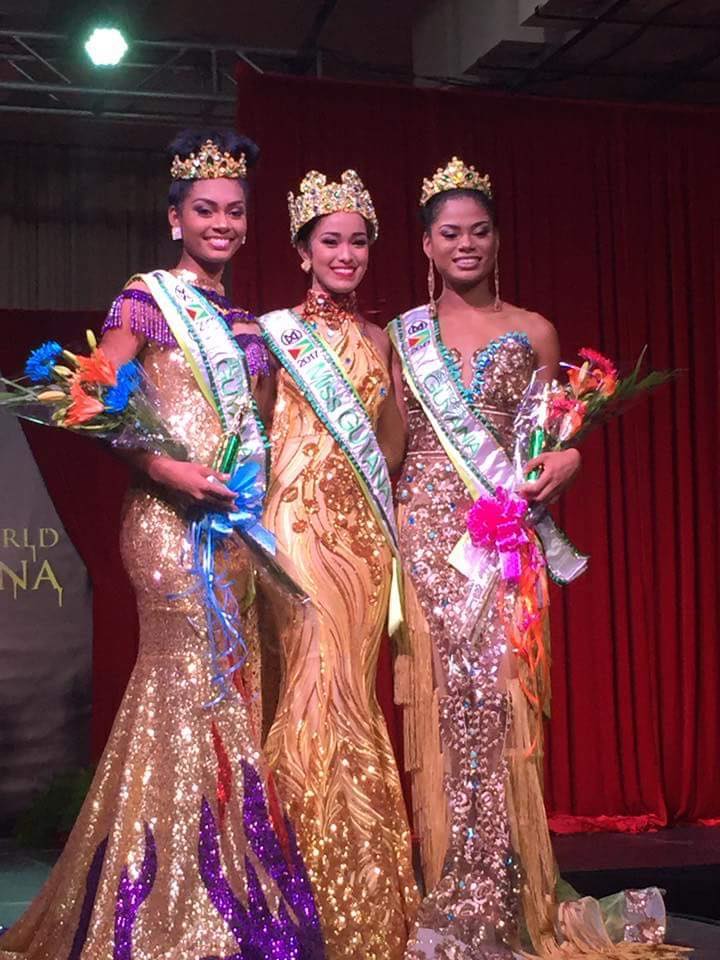 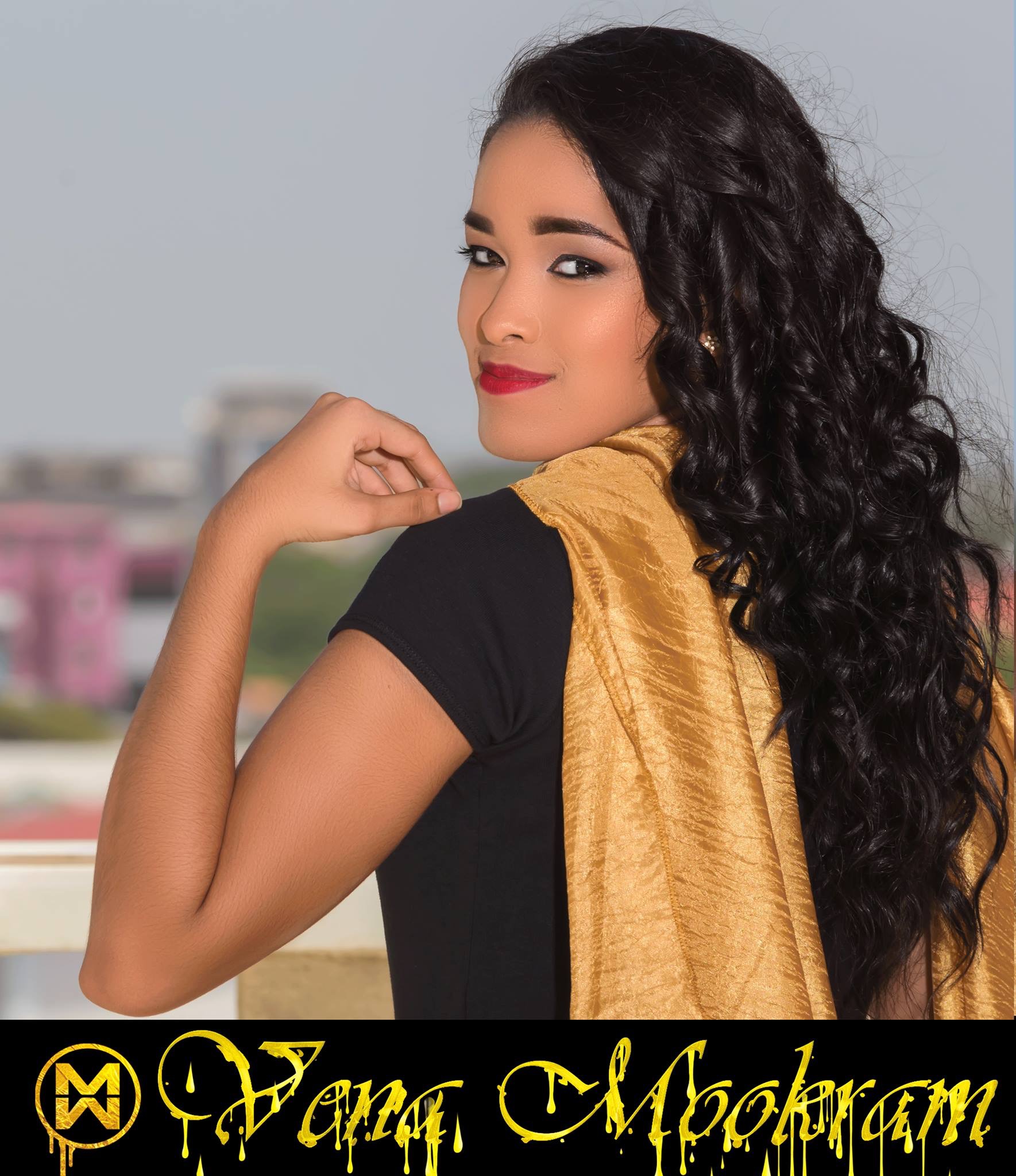