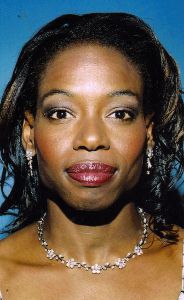 Canadian Soccer Hall of Fame 2012 Inductee, Charmaine Hooper, was born on January 15, 1968 in Georgetown, Guyana. She was raised in Ottawa, Canada and is a former striker for the Canadian Women’s National Soccer Team.

She began playing soccer as a child in Zambia, where her father was posted with the Guyana High Commission. Known as one of the world’s most lethal strikers throughout her career, Charmaine has been a fixture on the Canadian team since making her debut in 1986 was also Canada’s Female Player of the Year in 1994, 1995 and 2002.  She has played in three FIFA Women’s World Cups with Canada and has been selected to the FIFA World All-Star team twice. In addition to playing for Canada, has also played in the U.S., Italy, Japan and Norway.  In 2002, she was inducted into the inaugural class of the USL Hall of Fame and was recently inducted to the Canadian Soccer Hall of Fame in June 2012.   Charmaine is the first national player to reach the 100-game milestone. Overall, she turned out for Canada 129 times and scored 71 goals – both national records at the time – in a sterling 20-year career that ended in 2006. She represented Canada at 1995, 1999 and 2003 World Cups. She became the only Canadian player in W.U.S.A. history to score in the Founders Cup III; All-Time leading goal scorer for the 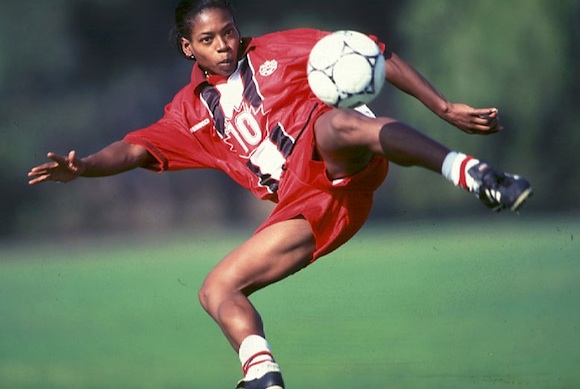 Canadian National women’s soccer team; was a member of the Confederation of North, Central American and Caribbean Association Football All-Tournament Team (1999); member of the Federation International of Football Association (FIFA) World All-Star Team (1999); voted MVP, FIFA World All-Star Exhibition Game, scoring 2 goals against the U.S. in a 2-1 win; most capped player in the history of Canada’s national soccer teams, men or women; was team MVP and league-leading scorer in Norway (1993); played 4 years in Japan and won the Golden Boot Award as top scorer twice, and League MVP (1994-98); at North Carolina State University, as a full scholarship athlete, Charmaine was the all-time leading scorer and 3-time team MVP; named to the All-American team (1987-89). In 2001, she was a 3-time MVP of the WUSA’s Atlanta Beat and the WUSA’s All-Time leading scorer and point getter, and was inducted into the United Soccer League’s Hall of Fame in 2002.

Charmaine has been rewarded for her excellence with many accolades. She was an Honorary Ambassador for the first ever International Soccer Federation (FIFA) Under-19 World Cup in western Canada in 2002, a two-time Golden Boot winner as the top goal scorer in Japan, the H.C. Kennett Award winner in 1991 for being North Carolina State University’s Outstanding Female Athlete of the Year and the MVP of the 1999 World All-Star classic.  This past April, Charmaine was appointed to the FIFA Task Force 2014. She will be inducted into the Canadian Sports Hall of Fame on October 18, 2012. Charmaine currently resides in Texas with her husband, Chuck Codd and their daughter Charlie. This Guyanese Girl Rock! 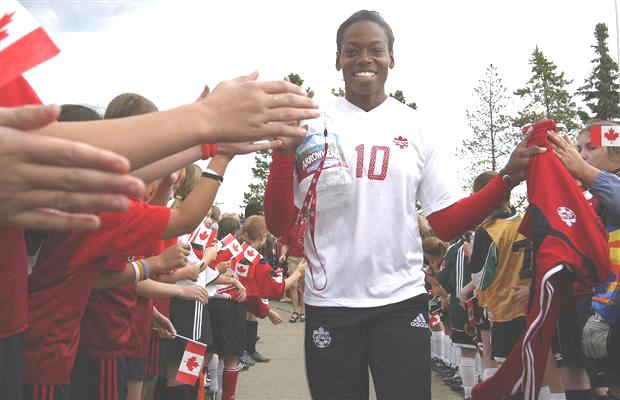