As a young girl growing up in Georgetown, Guyana, Kelly-Ann Gibbs Cartwright had a talent for challenging others in conversation. “My parents always told me that I should be a lawyer because of my constant debating technique as a child,” she explains. Her family moved to the U.S. in 1978, and just a few years later when she was a junior in college, Kelly-Ann became seriously interested in following the career path her parents had envisaged.  She attended the University of Florida College of Law in Gainesville, Fla., and during the summer of 1990, clerked at Holland & Knight’s Miami office. 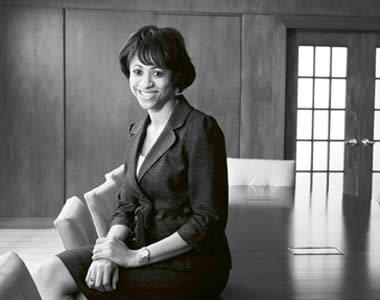 In 1991, Kelly-Ann received her Juris Doctor, with honors, from the University of Florida and accepted a position as a first-year associate at the firm. She remained with Holland & Knight ever since and in 2007 became the first black womanto run a Holland & Knight office as its Executive Partner. 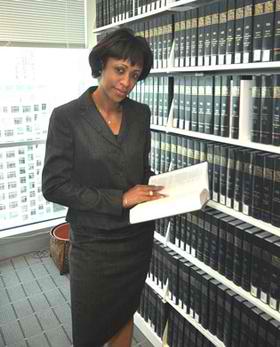 Kelly-Ann practices in the area of general civil and commercial litigation, with an emphasis on employment discrimination, civil rights, business torts and labor law. She also has experience in the litigation of cases involving trade secrets, defamation, fraud, civil theft, breach of fiduciary duty, breach of contract and unfair competition. Her employment and labor practice involves representation of clients before federal, state and local administrative agencies, at arbitration and in state and federal court on matters arising out of Title VII of the Civil Rights Act of 1964, the Age Discrimination in Employment Act, the Fair Labor Standards Act, the Americans with Disabilities Act, the Whistle Blower Act, the National Labor Relations Act and other federal, state and local anti-discrimination and employment statutes.Kelly-Ann advises clients on compliance with employment-related issues and regulations and assists in the development and implementation of employment policies. She has served as principal trial counsel for management in a number of jury trials, arbitrations and administrative proceedings and has also co-authored  articles on class action communications. 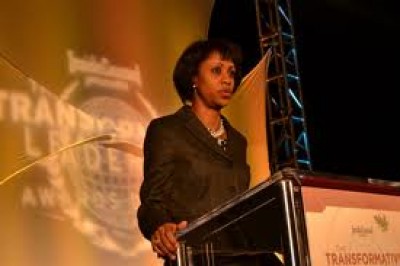 Kelly-Ann currently serves on the Federal Ad Hoc Grievance Committee for the United States District Court for the Southern District of Florida and on the Board of the YWCA of Greater Miami-Dade.  She has also served as a “Big Sister” in a youth mentoring program known as Big Brothers/Big Sisters and as the chair for the Miami Office Women’s Initiative.Recently Kelly-Ann celebrated 20 years with Holland & Knight and admits she is somewhat of a novelty for remaining with the same firm for her whole career. She credits her long-term commitment to the mentors and guidance she has had while at the firm.

Congratulations Kelly-Ann for your outstanding accomplishments.  You Rock!