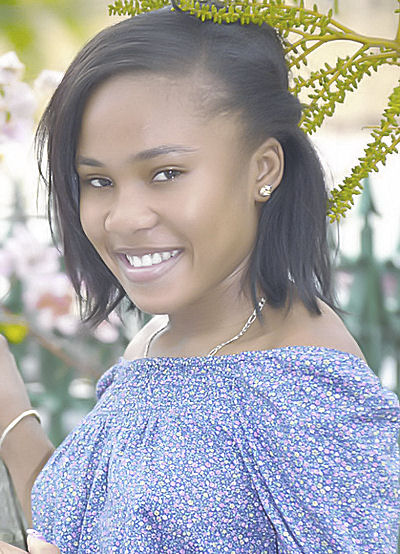 Kadecia Baird has established herself as New York’s fastest female high school sprinters.  This 17 year old star athlete has made a big impact on the track and field community.

Kadecia grew up in  Campbellville, Georgetown and is a senior at Medgar Evers High School in Brooklyn, New York.  She began competing in Guyana, passionately pursuing a junior national title. However her talent sky rocketed after she migrated to the U.S. three years ago.

Kadecia is a member of her school’s 4x100m and 4x400m teams that reportedly ranked number one in the State.  She has led her team to victories and outstanding performances at several championship meets, including the Millrose Games, the Taco Bell Track and Field Classic, and the New Balance Collegiate Invitational.

At the PSAL Jim McKay Memorial Invitational in New York this past Summer, Kadecia topped a field of 153 participants that entered the event and won the varsity finals in 40.25 seconds. Her 300m personal best time is 37.95 – #7 U.S All-Time, which she recorded to win the Brooklyn Borough championship in February last year. There she was named MVP after winning the 100, 200 and 400 meters.  She then went on to the state championship and placed first in the 100 and posted a personal best time of 11.63 – good enough for 25th in the nation – and also took home the 200 crown. She also achieved the State Record for the 4×200 relay with a time of 1:37.79. 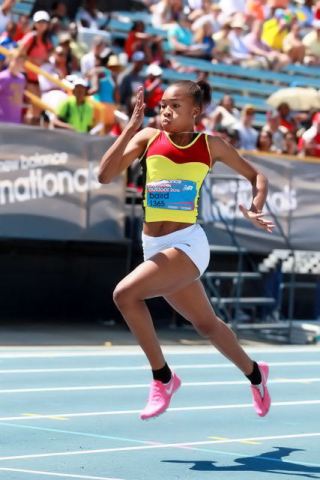 Kedacia also broke a PSAL and New York State record set by Brooklyn Tech’s Diane Dixon (51.75) 30 years ago.  She ran the fastest time in the country this season, winning the 400 in 52.14 at the New Balance Outdoor Nationals in North Carolina.  She also ran the nation’s second best time of 23.26 in the 200 preliminary round.Representing Guyana, Kadecia won a silver medal in the 400-meter dash at the IAAF World Junior Championships in Barcelona, Spain earlier this year. In doing so, she shaved more than a second from her personal best and her time of 51.04 is the fifth fastest in U.S. high school history and fastest in more than a decade. This time made Baird the fastest high schooler ever for anyone who has ever competed in the Caribbean, and # 5 on the U.S.A All-time list.

Kedacia joins veteran Aliann Pompey as the only women from Guyana to run the 400m in under 52 seconds.

There is no question that this talented young woman has what it takes to compete in the 2016 Olympics in Rio and we can’t wait to cheer her on.

You are a Star Kedacia and you definitely Rock!  Congratulations! 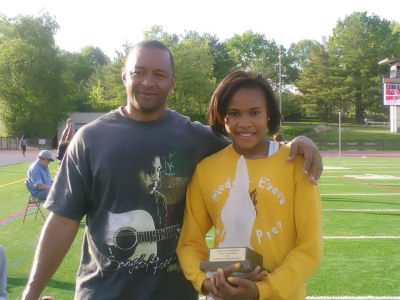 Kadecia and her Coach Shaun Dietz