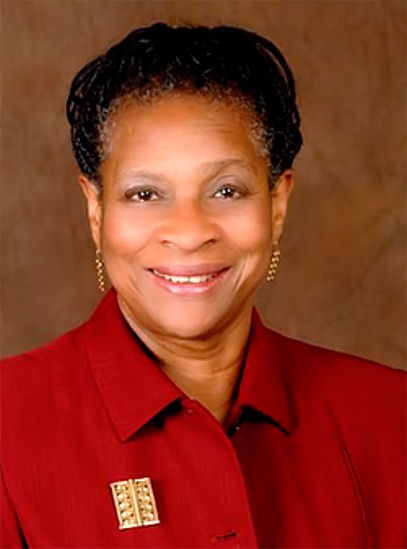 Judge Westmoreland-Traoré was a member of the Office de protection des consommateurs du Québec from 1979 to 1983. From 1983 to 1985, she was a Commissioner for the Canadian Human Rights Commission. In 1985, she became the first chair of Quebec’s Conseil des communautés culturelles et de l’immigration. From 1991 to 1995, she was Employment Equity Commissioner of Ontario. From 1996 to 1999 she was the dean of the University of Windsor’s law faculty. She was appointed a Judge of the Court of Quebec for the District of Montreal in 1999

In 1991, Judge Westmoreland-Traoré was made an Officer of the National Order of Quebec. She has received many awards, including from Canadian Jewish Congress, a medal from Université de Montréal for extraordinary contribution to human rights; the Montreal Association of Black Business Persons and Professionals Jackie Robinson Achievement Award, and the Canadian Bar Association.  In 2005, she received the Touchstone Award that celebrates the accomplishments of an individual who has excelled in promoting equality in the legal profession, the judiciary or the legal community in Canada.  In 2008, she was awarded the Quebec Human Rights Commission’s Rights and Liberties Prize for her career-long fight against discrimination.

This year, a bursary “Bourse Juanita Westmoreland-Traoré” is being implemented in her honour at the faculty of political science and law of l’Université du Quebec à Montreal. This initiative coincides with Judge Westmoreland-Traoré’s retirement from the Court of Quebec in 2012 and aims to highlight her trailblazing path and the outstanding contribution she made in the legal sector and in her community. Through her leadership, she has opened new horizons for women of all ethnic origins in the legal profession, and made the face of the legal community more representative of today’s society.

Patricia DeGuire of the Ontario Bar Association wrote “Juanita is a phenomenal woman. She is a multifaceted trailblazer with far-reaching influence in the legal profession: as a scholar, a lawyer, a professor, a dean and a jurist. She was an agent of change, e.g., a presage of mentorship across cultures and racial divide. Well before “mentorship” and “diversity and inclusivity” became professional buzz words, Juanita mentored Women-of-Colour in Ontario. I first met her at a “meet-to-eat”, a mentoring circle, if you will, in the late 1980s. I was a student and she, the Commissioner of the Employment Equity Commission of Ontario. She is a woman with nobility of purpose, who has a keenness of intellect, a kinship of humanity, impeccable integrity, and a fervent invocator of social justice, human right and the rule of law. As well, she is caring mentor a stalwart community builder and leader. Her largess includes, the Juanita Westmoreland- Traoré Leadership Scholarship at Windsor University Faculty of Law, which is still in progress.”

Judge Westmoreland-Traoré continues her fight against discrimination, against exclusion and for equity and justice for all wherever she can.

The Shackleton-Rowett Expedition (1921-22) was Sir Ernest Shackleton’s last Antarctic project, and the final episode in the Heroic Age of Antarctic Exploration. The venture, with vaguely defined geographic and scientific objectives, was financed by John Quiller Rowett, and is otherwise known as the Quest Expedition after its ship , a converted Norwegian sealer.

The Ontario Bar Association (OBA), a branch of the CBA, represents 17,000 lawyers, judges, notaries, law teachers and law students from across the province. Approximately two-thirds of all practicing lawyers in Canada belong to the CBA.

It is no secret that a career in law is generally viewed as prestigious, elite and attracting high status in Canadian society. Those in law are often typified as strong, intelligent individuals and leaders.