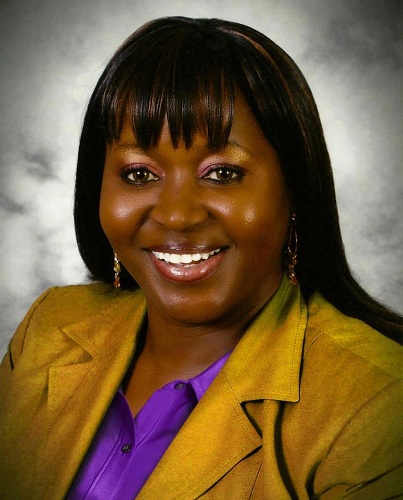 As women, we’re used to wearing many hats and Juneann Lewis is doing just that, while living out her dreams. She is a Screenplay/Song Writer, Actress, Realtor and Motivational Speaker.

As a child growing up in Guyana, business and entertainment has always been in her blood. She loved ballet and modern dance and entered every school play or recital she could. She also wrote short stories and entered many competitions and won.

Juneann moved to the USA at the age 15, a wide eye teenager with hopes and dreams of becoming an actress and a writer, she recalled.  A business woman at heart, a trait she got from my father who was an entrepreneur, she started selling Avon to her friends at the age of 16.  That was her first taste of being a business owner and she has never looked back. Juneann started and ran several successful businesses over the years, including staffing for the 1996 Olympic to doing business in the Middle East.

Juneann got her first break at acting a few years ago when she was casted by Ms. Etha Gray and the late Jeremy Slate, as the lead in 2 plays (Lisa Jane) and (Act of Desperation) with the League Art Theater of Seaside California. She took some time off from acting after her husband protested over a kissing scene. Over the years she has written several stories and screen plays and did TV commercials.  June is still pursuing an acting career, and aspires to be  the best actress and writer the big screen and television has ever seen.

Juneann is also a motivational speaker and has founded the “Living Wealthy Always” Empowerment Network to bring like-minded individuals together and encourage them to create their own wealth by becoming their own boss. The group uses the World Wide Web and Social Networking to connect members across the globe and allow them to communicate and share their business ideas and do business with each other. Anyone can joined the network and contribute their ideas. Juneann’s visions for Living Wealthy Always began as a Group she started on FaceBook in 2009 that grew into a website. The Motto for the Living Wealthy Always group is: We Are Here To Meet Each Others Needs.   Now she want to motivate, inspire and entertain the world through the launch of the “Living Wealthy Always” YouTube Show expected to air in February 2013.

Juneann is married and has 3 children.  This multitasking mom is also a Realtor in the Altanta, GA area.  She can find you your perfect home or help you to sell your property.

For more information about “Living Well Always”, visit the website at www.livingwealthyalways.com, the new Facebook Fanpage > https://www.facebook.com/Livingwealthyalways or via twitter https://twitter.com/JuneannLewis. For the Real Estate Business connect with Juneann at http://www.juneannlewis.com..

One comment on “She Rocks! Juneann Lewis – Motivating & Empowering the World to “Live Wealthy Always””