We already know that GG Sherry Ann Dixon rocks,  but 2014 is certainly her year to shine. The CEO of Women on The Crossroads and UK-based PR Guru,  Radio Broadcaster, Journalist, Lecturer and inspirational Public Speaker has added another name to her list of accomplished titles.  She is now the Patron of Screen Nation  Creme de la Femme.  Crème de la Femme is a sensational new 4 star networking and fine dining experience for specially chosen African Caribbean British women of influence.

Sherry-Ann was also recently named  Ambassador of Back2Black, which is the very first Black History Event to be held at the BAFTA in Piccadilly, London in October 2014.  This is an exclusive black tie and formal evening wear event attended by several special invited guests and celebrities, with inspirational talks, spoken word and poetry performances, live music, an exclusive short film screening and also an award ceremony celebrating individuals who have contributed selflessly to the Afro-Caribbean community throughout the year 2013.   For more about this event, visit theafronews.eu.

In addition to the above, Sherry-Ann was featured in Amina Magazine,  a French-language woman’s magazine aimed at black women in Africa, Europe, the Antilles and North America. 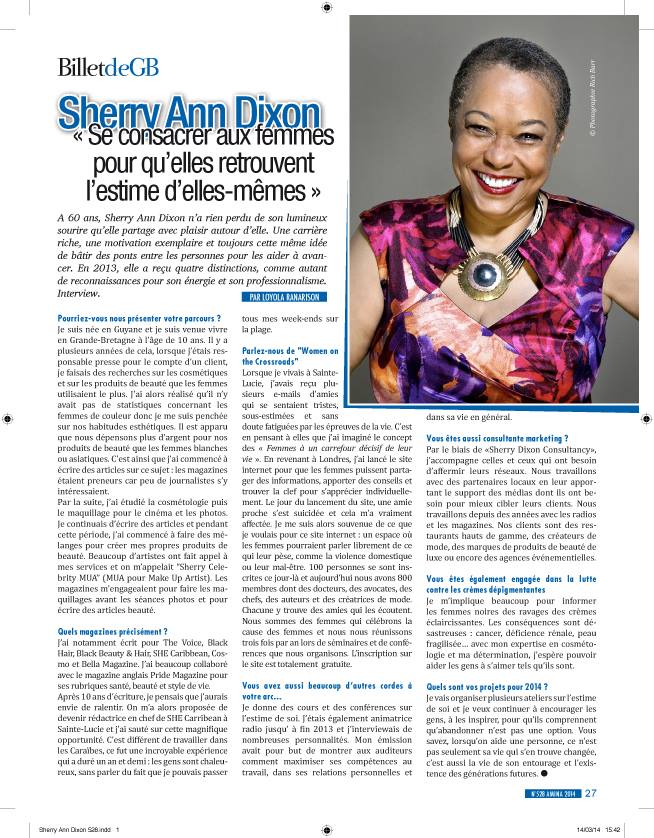