Guyana is the third-smallest independent state on the mainland of South America. About 83 percent of the country is covered by tropical rain forests, and there is an abundance of gold, minerals and precious stones—but many of those resources potentially remain untapped.

“Guyana is a country where access to the basic things people need, like education and healthcare, is limited—I think that using our mineral resources and discovering new ones can help [provide the economic support needed],” said La Cruz. 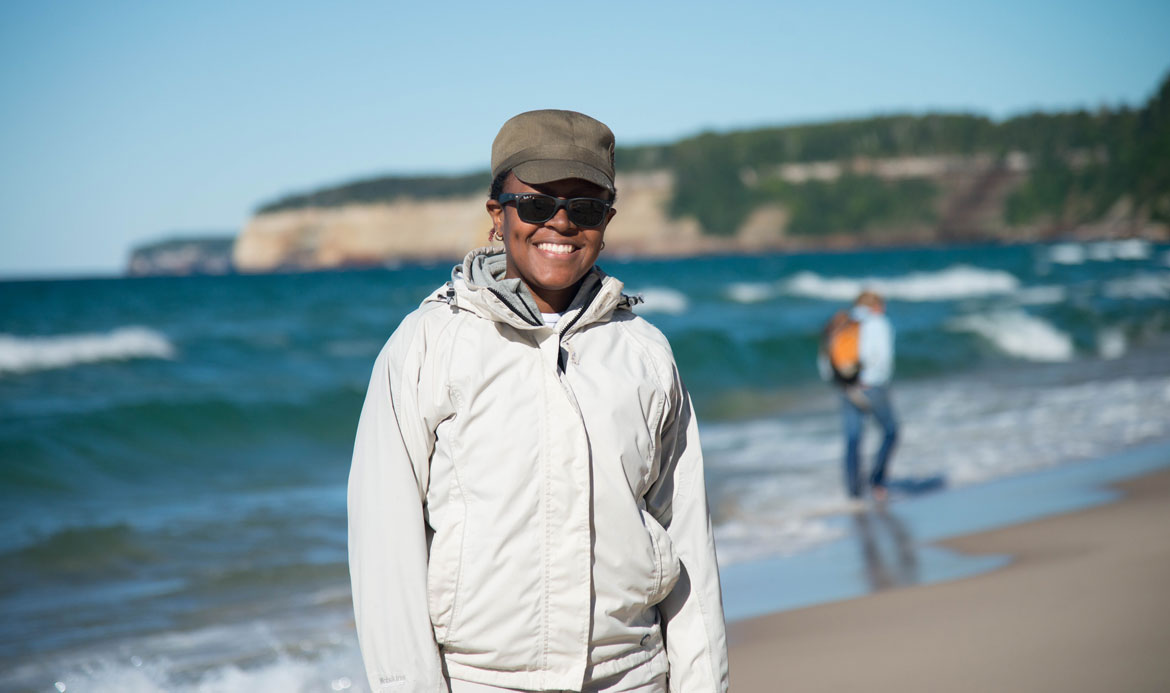 The Chemistry and Environmental Studies double major were attracted to Gettysburg by the offer of a scholarship and the opportunity to study at a competitive liberal arts college in the United States. Post-Gettysburg, she continued her studies, receiving her master’s at the University of South Florida, and is currently a second-year student in the economic geology Ph.D. program at the University of Michigan. Only three years after graduating from Gettysburg, her research was cited in NASA’s Astrobiology Magazine. Once she’s earned her Ph.D., La Cruz plans to return home to Guyana to fill what she says is a tremendous need for geochemists who have the skills to assist in cataloging the country’s existing mineral deposits and discovering new ones. 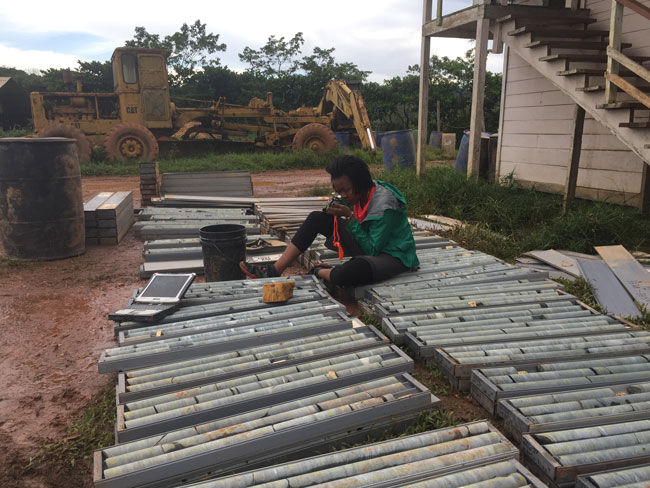 “Right now our mining industry focuses on gold, bauxite, and diamonds, but I think there are opportunities to explore for and discover other types of deposits,” said La Cruz. “The only geological reports we get are from mining companies that go into Guyana looking for specific minerals. Using geochemistry and geophysics, we should hopefully be able to get a better idea of whether or not there are other minerals that are present below the dense jungle cover.”

Geochemistry encompasses the study of Earth’s composition, and the geochemist’s job is to use his or her knowledge of Earth’s structure and geological processes to make informed research decisions that may have practical industrial applications. La Cruz’s area of focus is the formation of ore deposits. She seeks to understand the processes that cause economically and industrially important elements, like gold, iron, copper and the rare earth, to be concentrated into very small regions of the earth’s crust.

“If we understand ore deposits well, we know what to look for when we go out in the field, and this can be used to give people an idea of what to expect when they go to places where it’s likely that these processes could have occurred,” said La Cruz. So instead of cutting down forests to look for gold or other minerals, miners—with the help of the economic geologists—can be more intentional about where they mine, using these clues to make smart decisions about where profitable resources are likely to be found. The goal is to preserve biodiversity while still exploring for minerals. 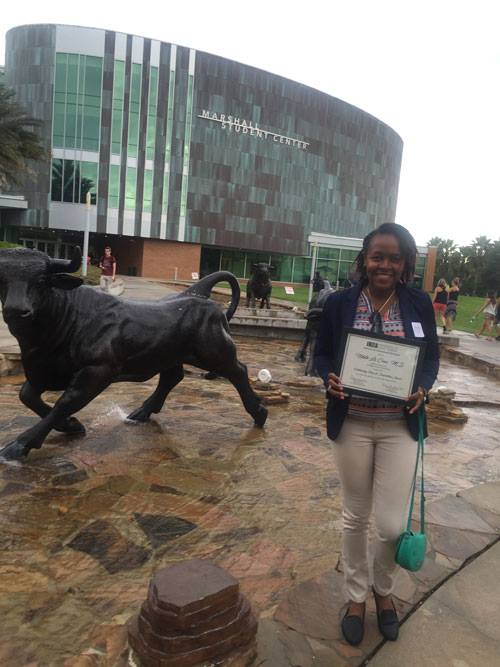 A hat tip from NASA

La Cruz became interested in the synthesis of minerals while taking Prof. Joseph Grzybowski’s inorganic chemistry class during her senior year at Gettysburg and chose the University of South Florida master’s program for the opportunity to do that work. There, she conducted research funded by the Center for Chemical Evolution and NASA to investigate the chemical evolution of life on Earth.

La Cruz and fellow researchers set out to discover the origin of phosphorus, a chemical element that is important for many reasons, including serving as the backbone of the nucleotides that make up RNA and DNA and the building block for the structure of cell membranes.

Nikita La Cruz ’13Scientists believe that meteorites are a plausible source of phosphorus since they contain a phosphorus-bearing mineral called schreibersite. So, as part of their project, La Cruz and a colleague showed how a synthesized form of schreibersite—which mimics the iron-nickel phosphide mineral found in iron meteorites—reacts when exposed to water. As the water evaporates, phosphorus-oxygen bonds form on the surface of the schreibersite. The finding is significant because it supports the hypothesis that meteorites could be responsible for bringing phosphorus to Earth.

“When I was getting involved in the project, I had no idea how many people were interested [in the research project],” said La Cruz. Her master’s advisor encouraged her to write a paper about her findings. That published paper is what would later get picked up by Astrobiology Magazine and earn her a prestigious thesis award from the University of South Florida.

“My parents taught me to do my best without thinking about whether I would be rewarded for my actions,” said La Cruz. “I never set out to do something to be recognized. I just always work hard and do what needs to be done, but it was nice to be recognized for my hard work.”

A love of rocks

Looking at rock cores during a one-day visit to a mining company doing exploration in Arakaka, North West District, Guyana.

La Cruz attributes what she calls her “love of rocks” to taking Environmental Studies Prof. Sarah Principato’s earth systems science class as an undergraduate. Her senior capstone project combined her environmental studies and chemistry coursework, focusing on measuring the amount of lead in soil, which she then mapped using Geographic Information Systems—a skill that is useful to her work as an economic geologist.

“That was my first research experience and good preparation,” said La Cruz. “Coming from a small country, the education I received at Gettysburg was world class. The combination of theoretical and hands-on learning prepared me very well for moving into geology, conducting independent research, and developing the skills I needed to perform well in graduate school. I am very grateful for the funding Gettysburg provided, my professors, my family and friends and everyone who helped me along the way.”