Last night was the much anticipated coronation ceremony for the 2016 Miss World Guyana Beauty Pageant and of the seven finalists, 25-year-old Nuriyyih Kama Gerrard emerged the winner of the coveted title. The talented Radio Personality, who presented Potaro-Siparuni (region 8), is co-host of the popular 94.1 Boom FM “Jumpstart”  Morning Show.  She also won the talent segment of the competition. 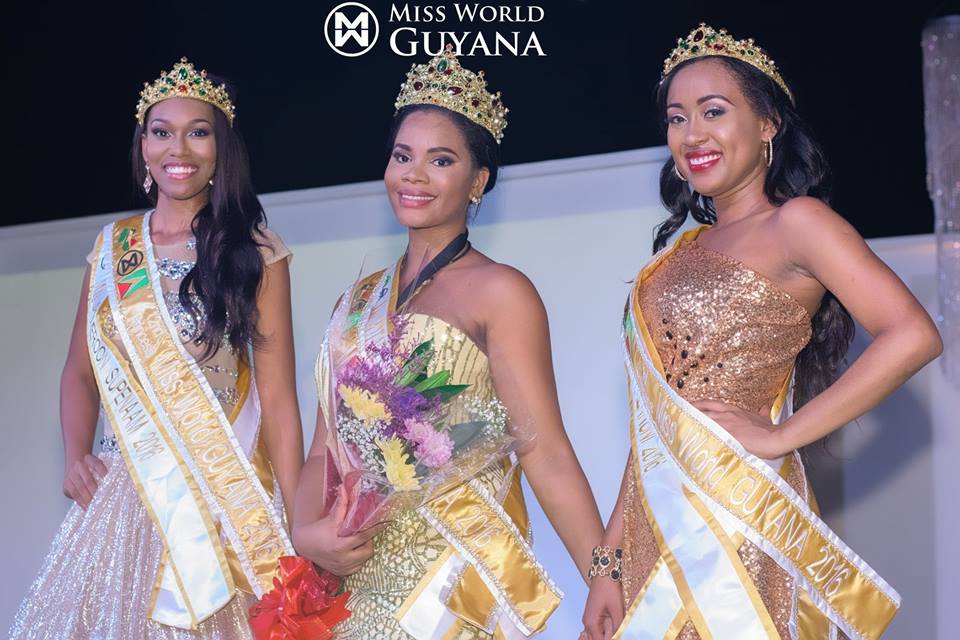 The names “Nuriyyih Kama” which are Arabic in origin and mean ‘Light’ and ‘Perfection’ respectively, were bestowed on the beauty queen by her father, who is a member of the Bahai faith.  Her “Beauty with a Purpose” platform for the pageant focuses on mental health issues in Guyana and Nuriyyih has partnered with the Ministry of Public Health to bring awareness to the issues that are afflicting Guyanese citizens.

Nuriyyih, who is also an accomplished poet and theatre actress, had this to say about her decision to participate in the Miss World Guyana Pageant.

“I know I don’t fit the mold of what a typical pageant delegate should look like, however, I do believe that I am a beauty with a purpose and I want young girls to know that they too can choose to be an exception to the rule. Don’t wait for society to validate your beauty before you decide to embrace and appreciate it. You are good enough to pursue your dreams!”

Below Nuriyyih gives us a glimpse into her personal life and career prior to being crowned Miss World Guyana 2016.

Where in Guyana are you originally from? Share a little bit about your family background.

I am originally from and currently reside in region 4.  My father belonged to a nuclear family, he is the last of three children. His family resided in the capital city. My grandfather, Kenneth Gerrard was a bodybuilder and cabinet maker and my grandmother Ada Gerrard was a dutiful housewife. My father followed in his father’s footsteps inheriting the family business which he still operates today. My mother belonged to an extended family and spent her childhood and adolescent years in the beautiful community of Ann’s Grove on the East Coast of Demerara. On both sides of my family our heritage is mixed, so I am proudly a product of my parent’s European, African, Indian and Amerindian ancestry. 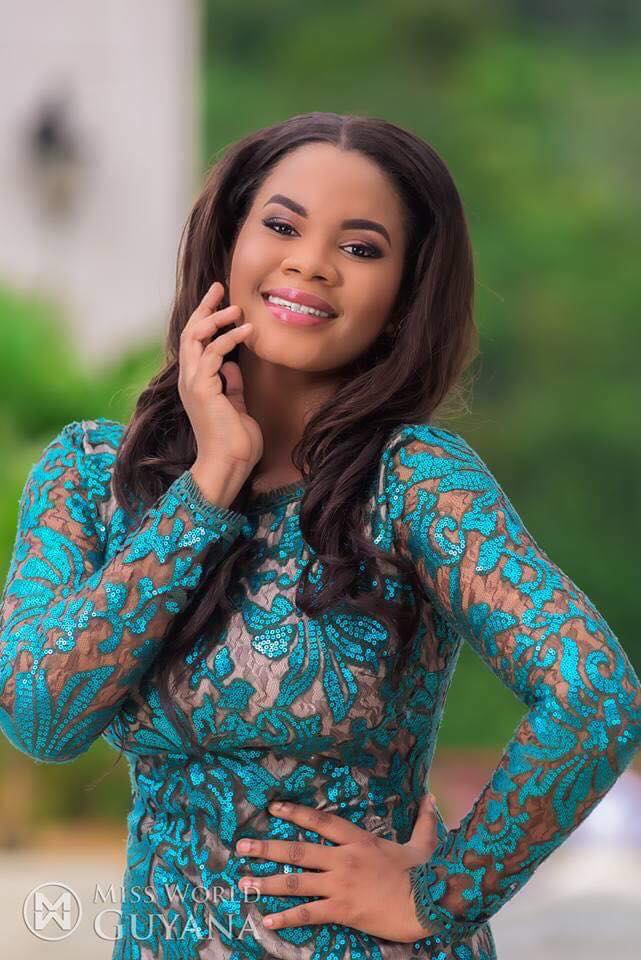 Where do you currently reside?

My parents separated when I was about seven years old. My brother, sister and I moved to Bachelor’s Adventure on the East Coast of Demerara with my mother and we lived there for about eleven years. In 2011, we migrated to Melanie Damishana where we currently reside.

Where did you go to school?

I received my nursery education at the Freeburg Nursery school. Then when we moved to the east coast I was educated at the Paradise Primary school. After graduating from primary school I gained admission into the Annnandale Secondary School. I repeated fourth form in the science stream and graduated from Annandale secondary in 2009 with eight passes at CXC inclusive of two distinctions and the award for best graduating spanish student. I currently attend the National School of Theater Arts and Drama where I am reading for a diploma in theatre arts.

Tell us about your career/business?

My career in the media began in 2010 at the age of 18, when I gained employment at the National Communications Network after successfully auditioning for the position of announcer/producer. During my stint at NCN I conceptualized, produced and presented programs on the three stations, The Voice of Guyana “VOG”, Radio Roraima (now Fresh fm) and 98.1 Hot fm. Each station appeals to a different target audience and so the experience of working on each of them has taught me valuable broadcasting skills. Three years later I joined the dynamic team at Hits and Jams Entertainment where I currently host the weekday morning show “Jumpstart”.

My acting career began in 2007. I attended an acting workshop organized by veteran actress/ producer/ fierce business woman Gem Madhoo-Nascimento and I fell hopelessly in love with the art form. I have since co-written a play with my sister “Painful Consequences” which was staged at various schools across the country in 2008, acted in a film “Shattered Hopes and dreams” which was screened at CARIFESTA X, performed in numerous productions including the Link Show, an annual satirical revue and competed at the national level in the National drama festival where my performances have earned me three best actress awards to date, the first of which I achieved at the School’s Drama Festival in 2008.  I am currently part of the cast of Merundoi a local radio serial drama, I am also preparing for my first regional production ‘Woman-in-law’ written by Darren McAlmont. Additionally, I am in the process of founding an NGO -the ONE ACT FOUNDATION -that will use the dramatic arts as a vehicle to effect positive behavioral change and promote mental wellness in adolescents.

My business NG communications services was established in 2013. It was birthed out of my experience working as the commere for the GT&T Jingle and Song competition (a national singing competition aimed at discovering new talent) in 2011 and 2013. It was then that I realized that I had a penchant for hosting live events. I wanted to turn this passion into not just a paycheck, but a business. After numerous consultations with my mentors I implemented my business plan and the company Nuriyyih Gerrard Communication Services was born. To date NGCS offers promotional spokesmodelling, production of radio advertisements and event hosting services. NGCS has recently collaborated with Camp Refugee Inc. on a project called “Live Lounge”  a monthly talent showcase hosted at the 704 SKY LOUNGE. Persons can access the Facebook page ( 704 Live Lounge) for ticket information on the event etc.

What led you to a career in broadcasting? 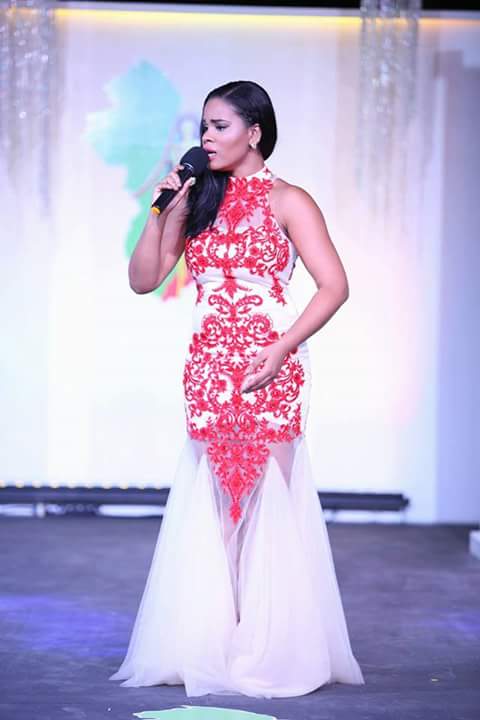 To be completely honest boredom and my father’s relentless encouragement to “give it a try” were the primary reasons I auditioned for the radio position. I had recently graduated from the Annandale secondary school and completed work-study at a medical centre. To say that I was completely bored out of my wits would be an understatement. So when it was announced that there was a vacancy for an announcer/producer at the then state owned media (with my father’s encouragement ringing in my ears and my sister by my side for moral support) I strode confidently into the audition room and the rest is history. With acting I saw it as an opportunity to overcome my timidity. I was also genuinely fascinated with the idea of embodying a character and portraying that character on stage. With NG Communication services I identified that not only was I passionate about communications but that i had the ability and opportunity to satisfy several needs in the business market so I pursued it. I’m very intentional about my growth and I’ve learned to take calculated risks and foray into fields that I know can help build my capacity and enable me to be an asset to society. 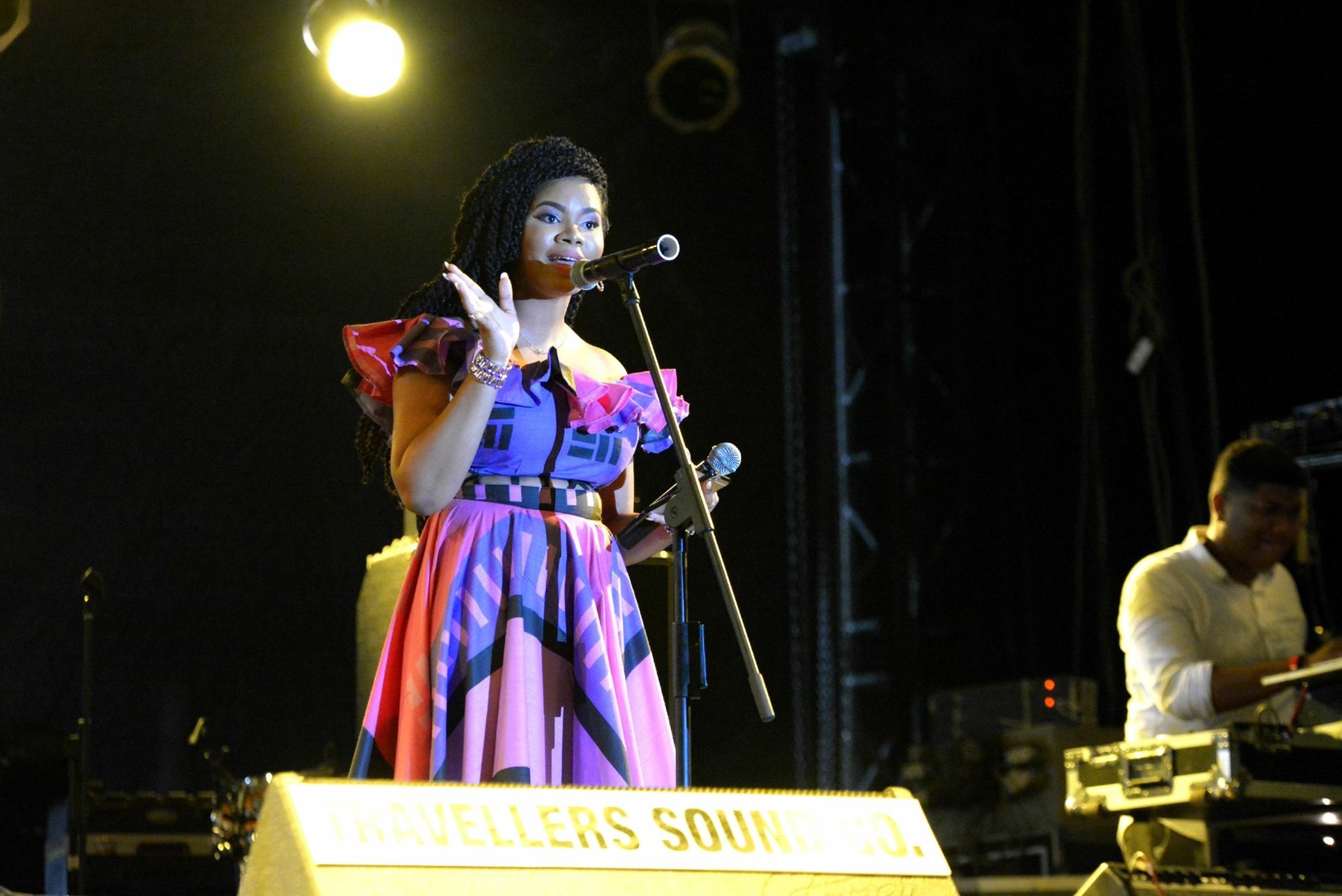 You’re also an actress, have you received any awards or recognition for your work?

Yes, I received several awards, recognitions and features over the years, including:

2008 – Best Actress for my role as ‘Pearl’ in the play Shattered Hopes and Dreams at the National Schools Drama festival. Written by Yusiny Maxwell and directed by Gem Madhoo Nascimento

2011– Official host of the GT&T Jingle and song competition

2011 – Best Supporting actress Theatre Guild One Act festival for my role in the play ‘Saving Grace’. Written and directed by Randolph Critchlow

2011– Best Actress award National Drama Festival for my role as ‘Natalie’ in the play ‘Ensared’. Written by Shana Fraser and directed by Dacia Whaul

2012– Featured in Dave Martins music video for his anti domestic violence single ‘IF YOU’RE A MAN’.

2013– Narrator for the Ministry of Health’s documentary on Chlamydia

2014– Featured in the first issue of the ‘Lady’ magazine

2015– Best Actress for my role as ‘Desiree’ in the play ‘Crack Jokes’. Written and directed by Odessa Primus. 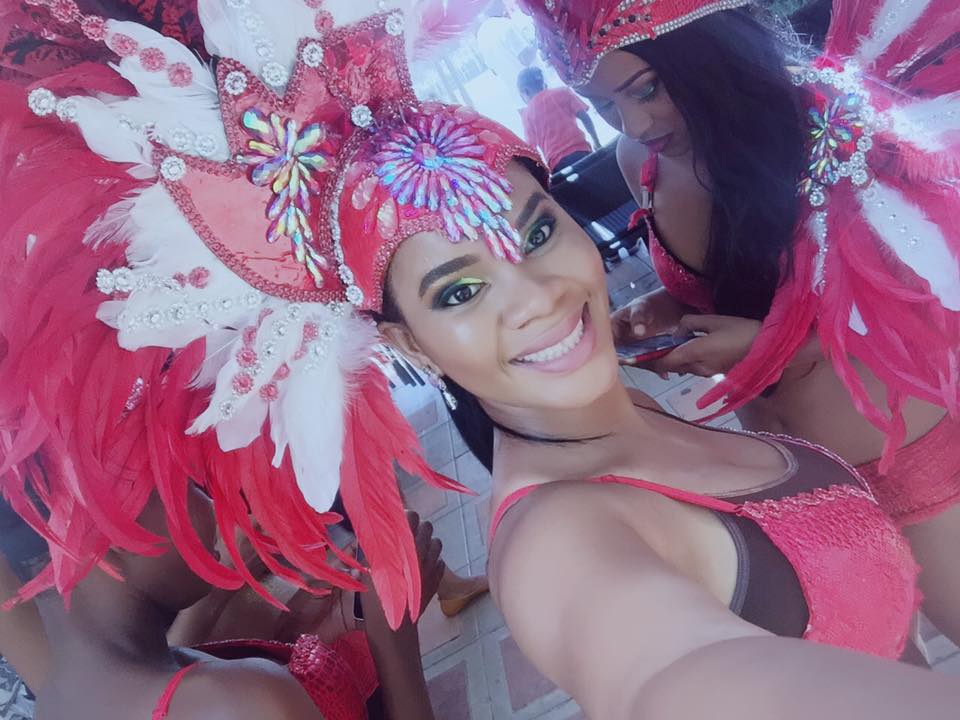 Are you a member is any professional organizations and what role do you play?

I have the privilege of being on the board of the Women’s Association for Sustainable Development (WASD). This is a social club for women which provides a forum for business women to support each other’s personal and professional development. It is the brainchild of humanitarian and designer extraordinaire Ms. Sonia Noel.

You’ve worked on a few charitable events in the past, tell us about that.

I have volunteered my services to the Guyana Responsible Parenthood Association on events such as “Up for school” an Initiative that was aimed at sending 100 girls back to school supporting global efforts to make education for girls a priority and the “Body Boss campaign” which was aimed at helping youths to be more responsible for their bodies. Additionally, I participated in the “Respect the Game” celebrity basketball event and was able to donate funds to the Mahaica Girls Home, my charity of choice. I have also volunteered with the Peace Corps as a counsellor for their girls camp, Camp G.L.O.W (Girls leading our world). 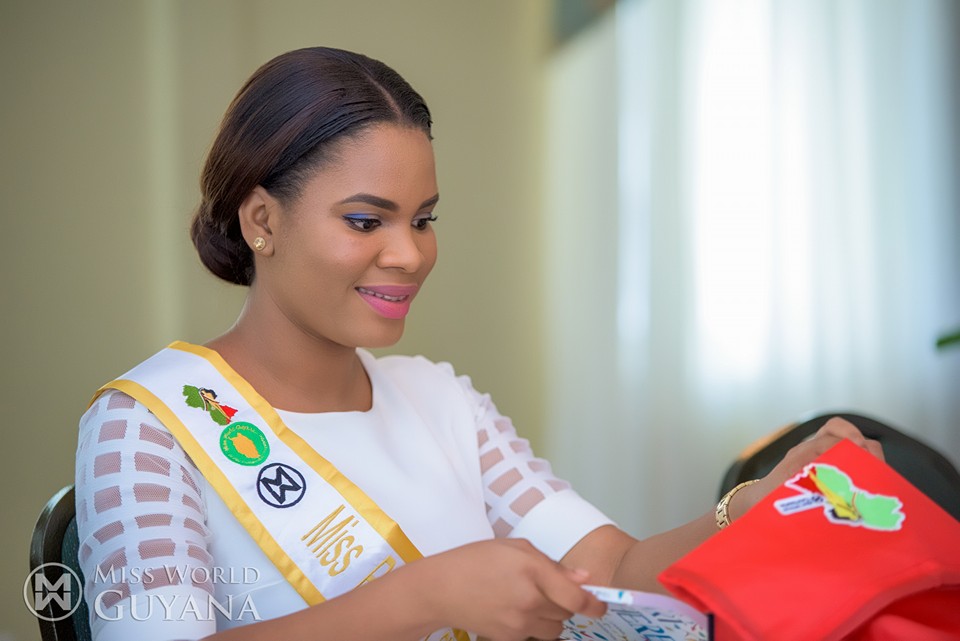 What advice would you give a young girl/woman who wants to pursue a similar career.

Have a well defined personal value system, this will help to guide your behavior when the work environment becomes challenging. Secondly, be confident in your abilities and believe in yourself. There will be individuals who will attempt to discredit your capabilities, however, when you are aware of your strengths its easier to self generate the motivation needed to forge ahead. Finally, nurture humility and an amiable attitude. Your attitude determines your altitude.

What’s next for you and what are you most looking forward to in the future?

A few of my future goals are to expand my business, graduate from Juilliard with a Bachelor’s of Fine Arts in Drama and to become a certified Neuro Linguistic Practitioner.

Now in her new role as the Miss World Guyana beauty ambassador, Nuriyyih plans to use her platform to market Guyana and all of it’s uniqueness and beauty on the world stage by promoting its rich culture, ethnic diversity, food, tourism products and interesting history. She will also focus her attention on helping to de-stigmatize mental illness. 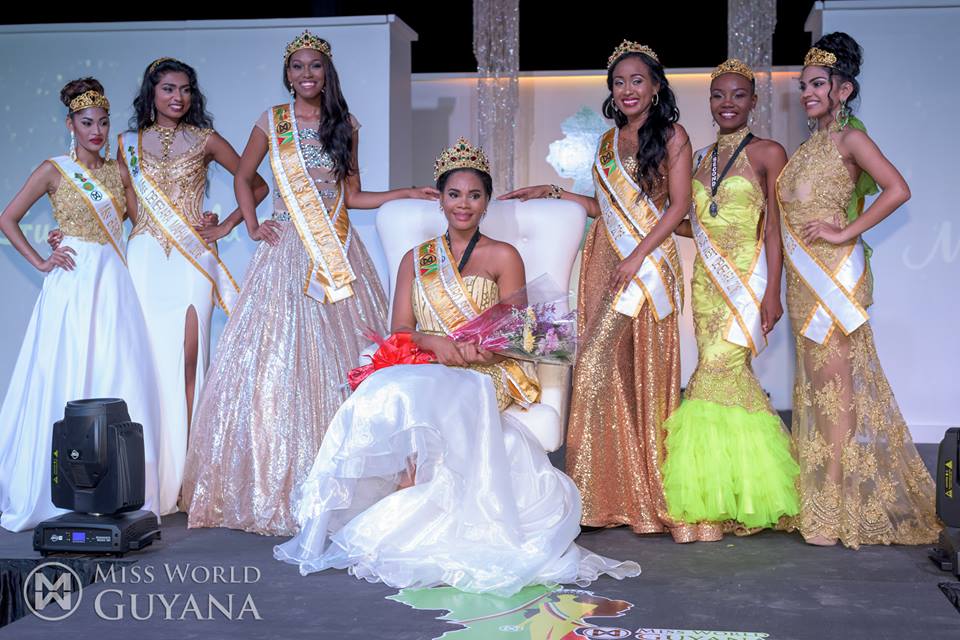 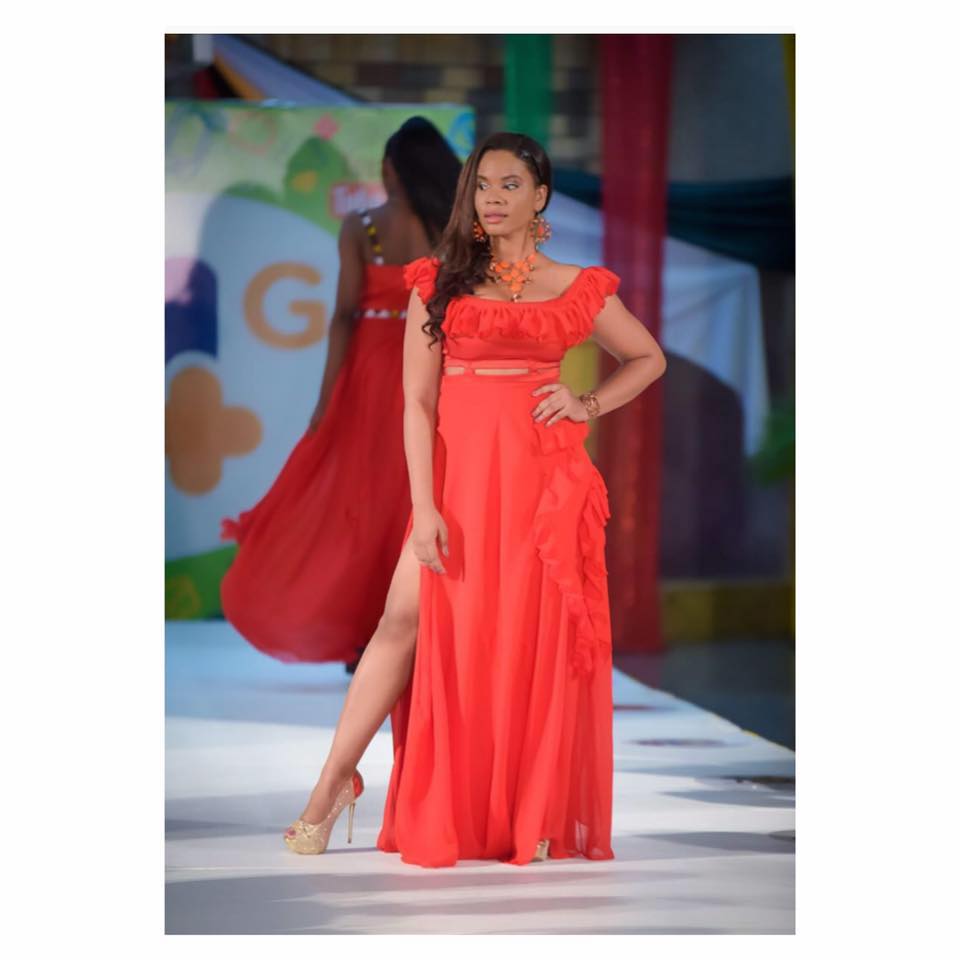 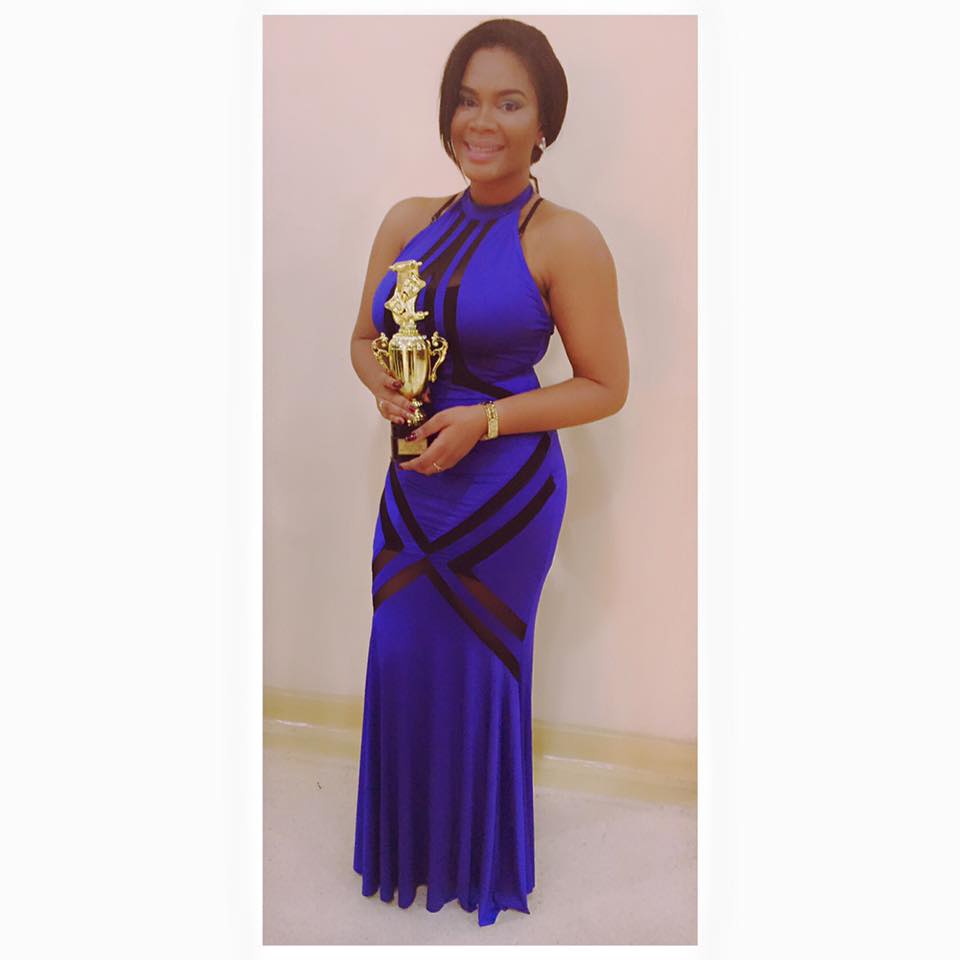 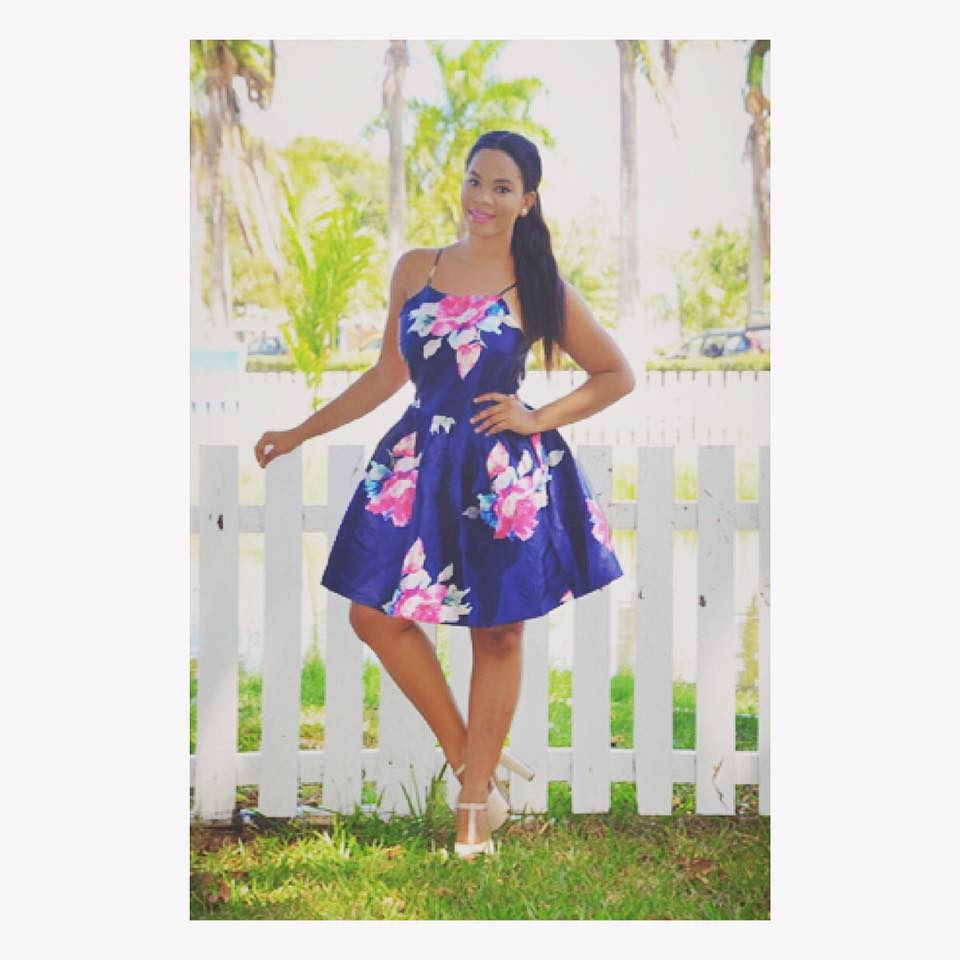 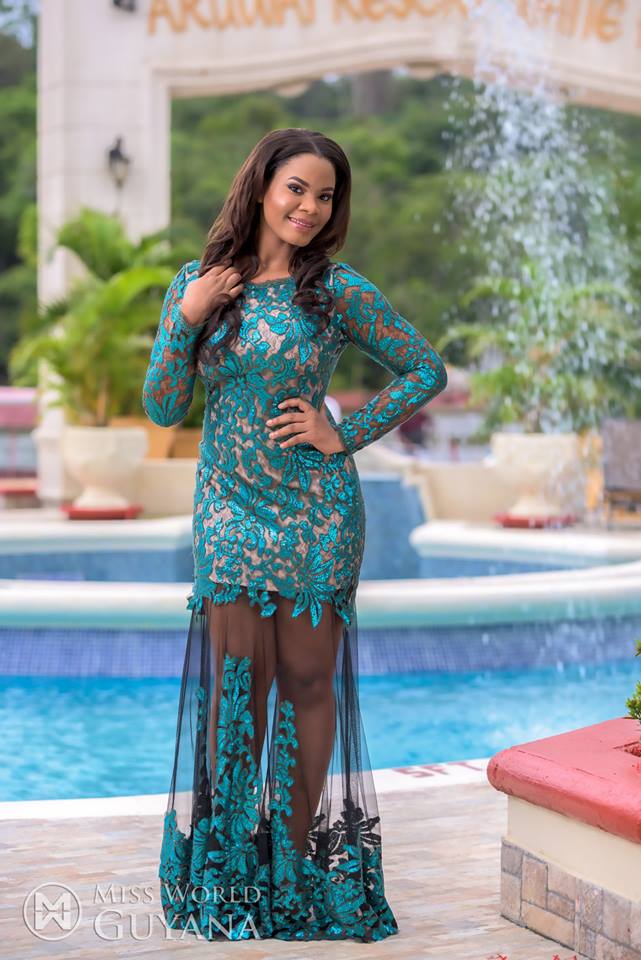 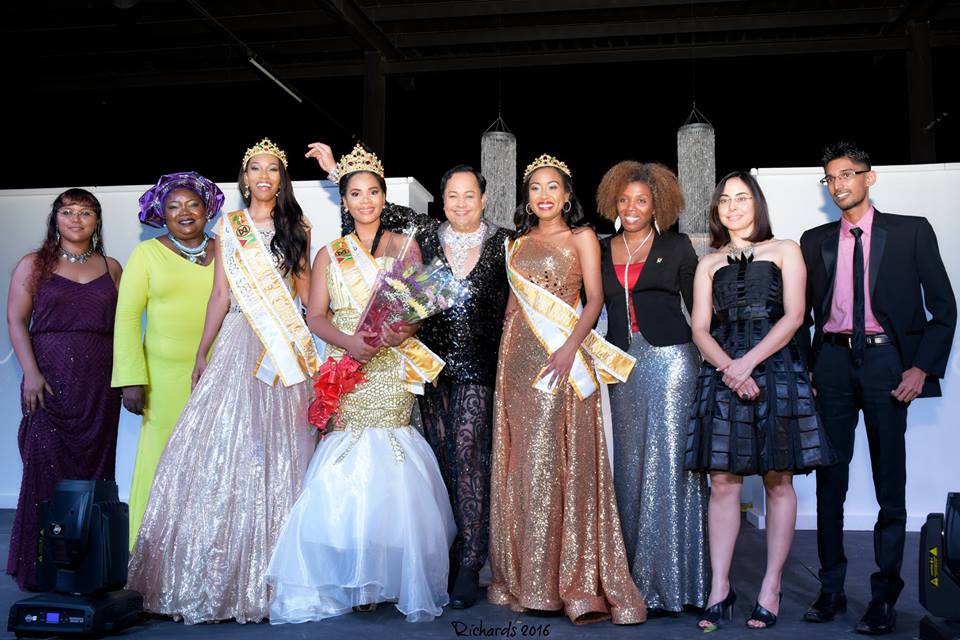 One comment on “An Indepth conversation with the Newly Crowned Miss World Guyana 2016, Nuriyyih Kama Gerrard!”