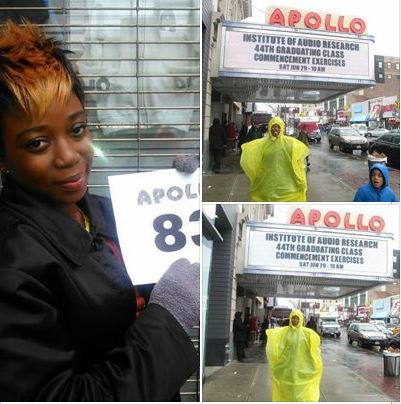 From winning the Star Guyana show many moons ago to becoming a celebrated Guyanese artiste under the DP Records Label, Lisa Mary Johanna Punch is no stranger to the local music scene. Infact she has a new song set for release on Monday and eventually an an entire album featuring 12 songs to be released incrementally under the DP Records Label. That album album will be available on over 40 online music stores including amazon.com, iTunes, CD Baby and Rhapsody to name a few. But if she has her way Lisa Lisa Mary Johanna Punch will soon prove that dreams do come through at any level. In fact Lisa who was got her grounding as Host of The Caribbean Music Box Talk show and Hard Vibes under the wings of Mondale Smith on BTVCh2 then branched into radio on NCN and Hits and Jams has migrated to the USA with her eyes set on the prize of being the first Guyanese to win the Voice.

After years at the local level she wooed the audience at the Barbados Music awards and got raved reviews in that nation’s main publications and now she is spreading her wings all the way to the Apollo Theater. After migrating to the United States in December of 2013 she graduated from the American bartenders’ school two weeks ago and as such is a qualified and certified bartender. That apart, Lisa is presently taking GED classes to further qualifications. But that’s just a side track to what her goals are. “I’m aiming to complete my GED to get into the Manhattan College to major in communication and minor in music.”

Recently she auditioned for amateur night at the Apollo singing the late Etta James’ “Rather go blind” and made it to the next round. The judges only listened to 300 persons on the day Lisa auditioned and she was number 83 listed to audition. “When I started they started cheering like they loved me right away.”

There is another project that is even bigger that amateur Night at the Apollo that Lisa is working towards packing that Guyanese punch in vocally but she is not permitted to speak about it just yet as she says “I have to be absolutely discreet about but I’ll let you know before the end of the month.”

Getting back to the Apollo first experience she admitted that despite of all the experience she has had she was nervous because she was not on home soil and had no idea of how an American would feel about her singing but she got herself together because she channeled the Guyanese Love in that whole new environment and proved herself a worthy contender. Though Lisa is an experienced singer songwriter and one time television/ radio personality who is committed to the arts admittedly she said “After singing I was still nervous and they told me I got through and I felt a sense of relief.”

Punch who is popular for hits such as ‘One last Cry’, ‘Secret admirer,’ and ‘Momma’ has several recordings and videos to her name and aspires to one day be an international artist as well as media mogul.
Mostly easygoing with an out going side but she also likes her quiet time. However she says this should not be misconstrued to mean that I’m a walkover yet I have great interest in listening to people and helping others so I guess some may say I can be self centered at times which is not a bad quality when you think of ‘loving your neighbor as you would yourself’.”

Most at ease when singing Lisa becomes playful especially when in the company of her little brother.
Coming from a third world country to the US Lisa says “its but a dream for many but for me I see myself as being able to rise above the opportunity given to truly live and achieving the American dream yet remain a proud Guyanese.” www.youtube.com/watch?v=hsyRL0126kc