Guyana celebrates Republic Day or Mashramani (abbreviated as ‘Mash) on February usually on the 23rd. Guyanese citizens enjoy festive and colourful parades much like that of a carnival, music, and games. Guyanese cook on this special day to mark the birth of a new country.

Mashramani should not be confused with the country’s Independence Day on May 26. After it gained independence from the British in 1966, the Guyanese people established itself as an independent nation or a democratic sovereign country as stated in the British Commonwealth of 1970.

The word Mashramani is an Amerindian word which means to celebrate/celebrating a job well done. It is the most celebrated holiday in Guyana as floats, parades and masquerade party and dancing flood the street a scenery which reflects the country’s proud African heritage. 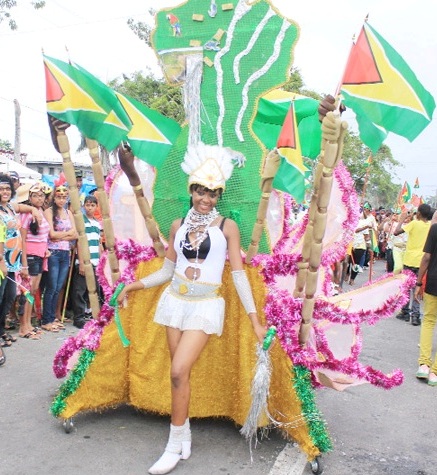