In celebration of  Amerindian Heritage Month we would like to bring attention of some of the beautiful creations produced by the St. Cuthbert’s Mission in Guyana.

St. Cuthbert’s Mission (Arawak: Pakuri; also known simply as St. Cuthbert’s) is an Amerindian village on the Mahaica River in the Demerara-Mahaica region (Region 4) of Guyana. It comprises approximately 200 households and has a population of around 1,600 people. St. Cuthbert’s is regarded by many people in Guyana as the “cultural capital” for Amerindians. 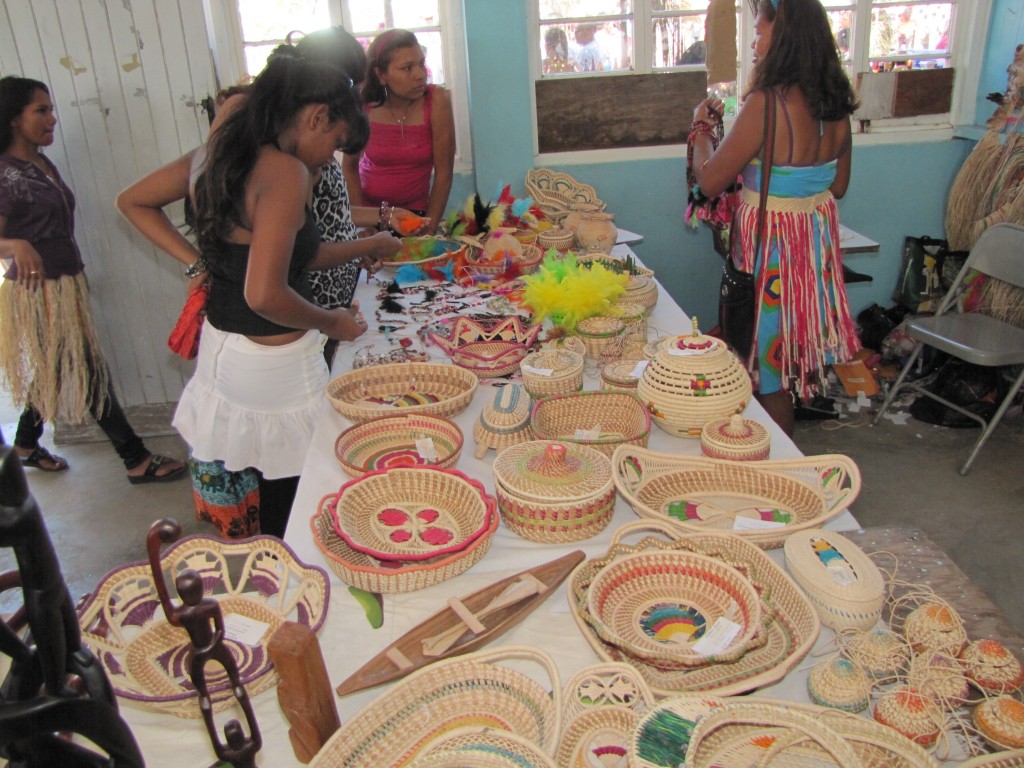 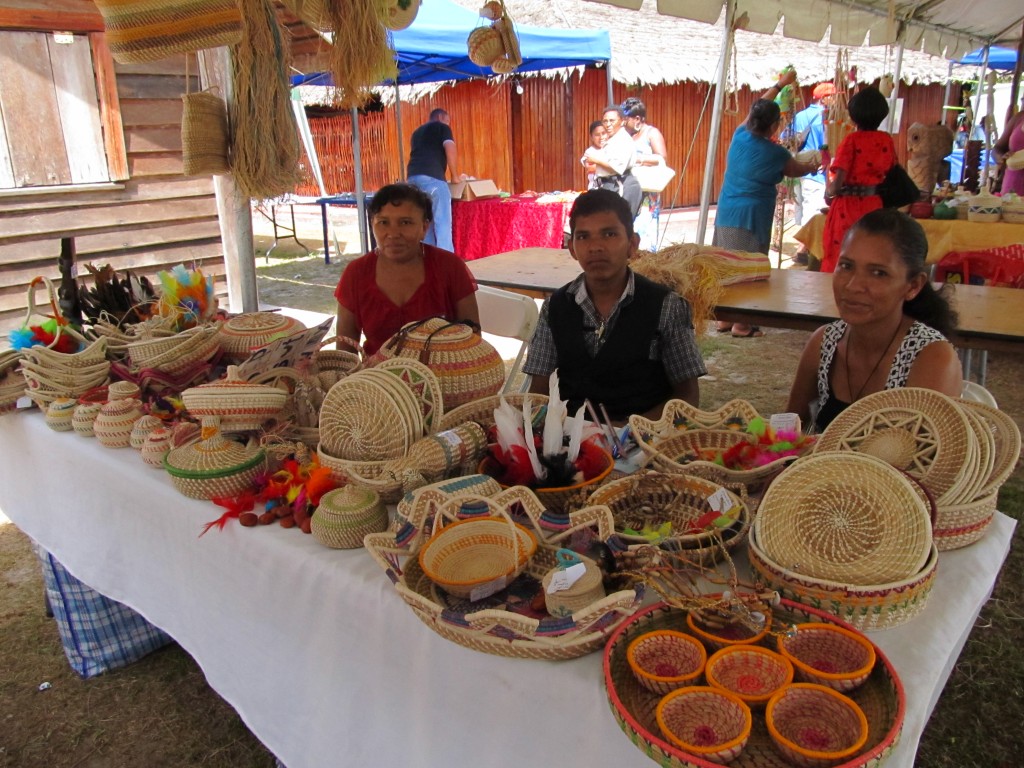 In August 1988, the leading Guyanese artist and native of St. Cuthbert’s Mission, George Simon founded a drawing and design workshop in the village. The workshop fostered a number of artistic talents in the village who have since achieved artistic recognition in their own right, including Oswald (“Ossie”) Hussein, Roaland Taylor and Lynus Clenkien. These artists – including Simon – are known collectively as the Lokono Group. In 2002, Simon constructed an Arts Centre to allow local artists to exhibit their work. The Arts Centre was opened in September 2002.

St. Cuthbert’s is primarily a logging community, and logging provides the main source of income for the village. Since the 1990s, a large number of villagers have found work with Omai Gold Mines Ltd. Many villagers also practice subsistence farming.