‘Gwen’ grew up in the Barima River area of the North West District in Guyana, the twentieth child in a family of 21 kids. She says she owes her toughness in the ring to long hours spent doing hard work on her parents’ farm at an early age.  Her father, who was from St. Lucia, died when she was five. She had also had to fight her way through school, so as not to be taken advantage of by boys. “One day I say, (the) boys ain’t beating me no more. I’m gonna beat them.” She said that many times when a fight broke out, by the time the teacher arrived to break it up, it was all over! 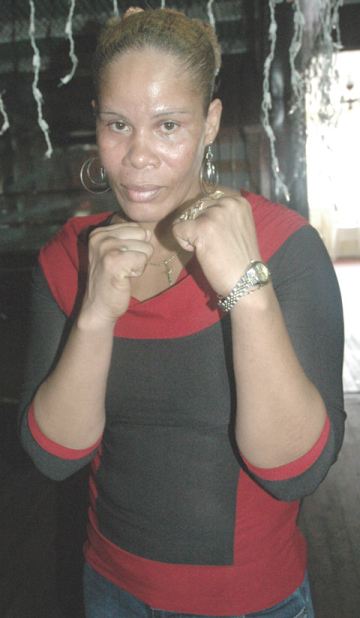 Gwen’s interest in combat sports began with martial arts but she was introduced to boxing by her husband. Her decision to turn pro, she said, was inspired by a fight she saw on TV. “One day I lie down upon my bed and see two women fighting. And I turn and tell my husband … they can’t beat me!” Gwen became Guyana’s first Woman’s World Champion after defeating American Kathy Rivers in a memorial bout at the National Park in March 2004 for the Light/Heavyweight Woman’s International Boxing Association (WIBA) belt.

On July 31, 1999 in Port of Spain, Trinidad, she knocked out Kim “Bonecrusher” Quashie of Trinidad in the first round of a heavyweight bout and on December 4, the same year in Georgetown, Guyana she won a four-round decision over Margaret Walcott also of Guyana.

On May 24, 2003 at Cliff Anderson Sports Hall in Georgetown, Guyana, Gwen won the vacant Guyanese Light Heavyweight title with a fourth-round TKO of Margaret Walcott of Guyana. On November 29, 2003 at Sir Garfield Sobers Gymnasium in Wildey, Barbados, Gwen TKO’d Krystal Lessie of Trinidad in the third round.  Gwen was now 6-3-0 (6 KO) while Lessie fell to 0-6. 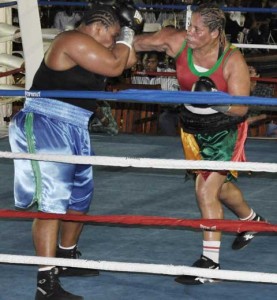 On September 24th, 2004 at the Phillips Arena in Atlanta, Georgia, Laila Ali (174¼ lbs) won the IWBF Light Heavyweight title with a third-round knockout of Gwen (175 lbs). On December 26, 2004 in Georgetown, Guyana, Gwendolyn won a ten-round unanimous decision over Krystal Lessie of Trinidad in a light heavyweight bout. Lessie fell to 0-10-0 with the loss. 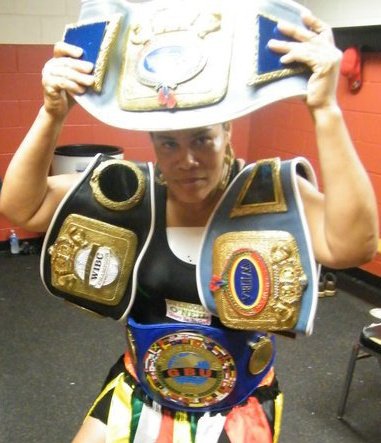 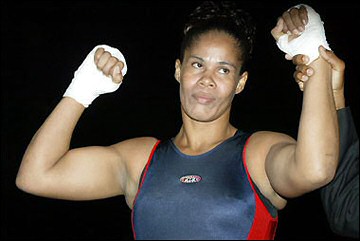 On June 5, 2010 at the Princess Hotel in Georgetown, Guyana, Gwen (189 lbs) won a ten-round unanimous (96-94,98-92,98-92) decision over Veronica Blackman (181 lbs) of Guyana for the vacant WIBA Heavyweight title and the GBU Heavyweight title.  Blackman fell to 3-5 (0 KO’s). On September 11, 2010 at Fort Myers Stadium in Fort Myers, Florida, Gwen (200¾ lbs) won an eight round unanimous decision over Laura Ramsey (186¾ lbs) of Winter Haven, Florida for the WIBA Heavyweight title.  Ramsey fell to 9-5 (4 KO’s). On November 6, 2010 at the Princess Hotel and Casino in Providence, Guyana, Gwen easily won a unanimous decision over Pamela London of Georgetown, Guyana, who fell to 6-5-5 (1 KO).Gwen is trained by her husband Lennox Daniels and managed by Samuel Layne of Barbados. Asked why she boxes, Gwen replies “Because I like the game. I like fighting, I like being rough.”Congratulations Gwen for your “Knockout record.”  You Rock!