Guyanese, Tracey Lewis, of Engine 222 in Bedford-Stuyvesant Brooklyn has become the second black female in the department’s history to be promoted to Lieutenant.   Lewis has been a firefighter for 17 years, starting off as a cadet in 1997. She was an emergency medical technician before joining Engine 222.

“You encounter resistance every day, but I can’t let that stop me from going forward,” Lewis said during  the promotion ceremony at the Christian Cultural Center in Brooklyn. “I worked very hard for this. I studied very hard for this. And it was just a matter of when this day would come.”

There are only nine black women firefighters at the FDNY. There are about 40 women total at the department of nearly 10,400 people. The department said it has promoted three women to lieutenant and one to captain this year.

One man who never doubted Lewis is her bursting-with-pride dad, Clive Williams who attended  ceremony. 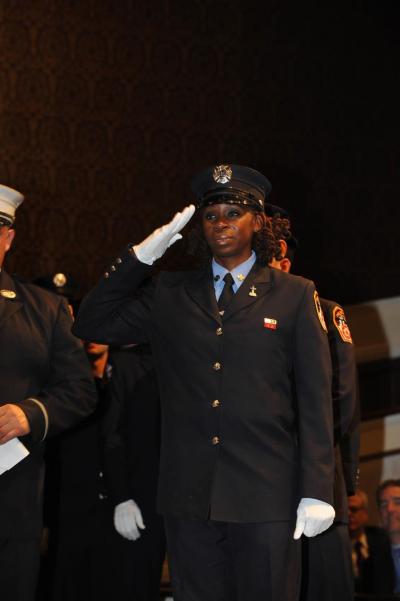