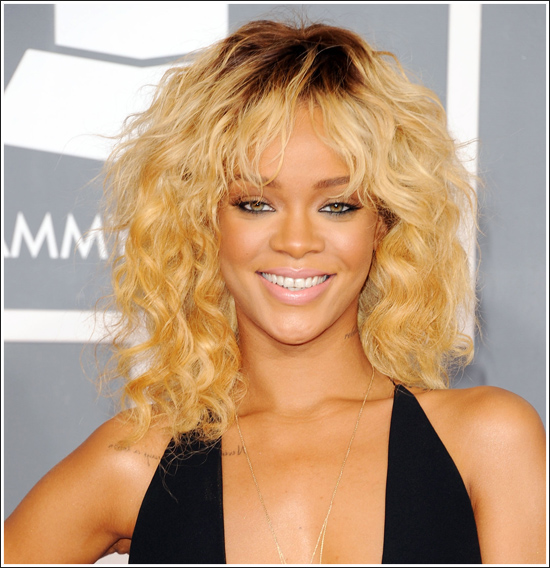 Rihanna once revealed the following during an interview: “They are so excited, so proud of me, and very supportive. My mom and all my family is from Guyana. Only up to my generation and own was born in Barbados, but everybody above me is Guyanese. I only moved here (the US) a week after I got my deal.”

Rihanna  was born on  February 20, 1988 in Saint Michael, Barbados, and her career began when she met record producer Evan Rogers through mutual friends in late 2003 and recorded demo tapes under Rogers’s guidance. Her demo tape was sent to several record labels, and she subsequently signed a contract with Def Jam Recordings after auditioning for its president, rapper Jay-Z. Rihanna’s first two studio albums, Music of the Sun (2005) and A Girl Like Me (2006) both peaked in the top ten on the Billboard 200 chart. The albums spawned the Billboard Hot 100 top two hit single “Pon de Replay” and her first Hot 100 number-one “SOS”. 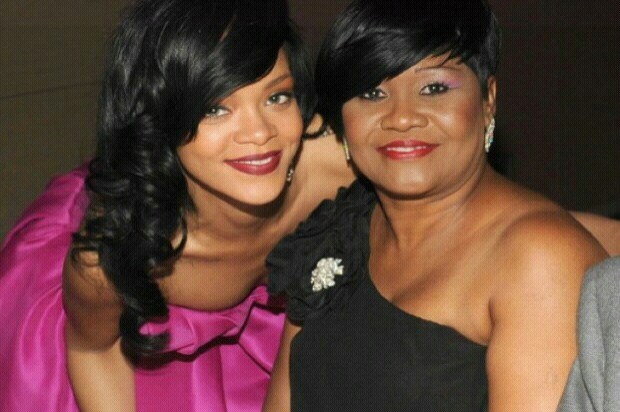 Her third studio album, Good Girl Gone Bad (2007), and its chart-topping lead single “Umbrella” were major breakthroughs in her career that brought her to widespread prominence. The album and its Reloaded version (2008) produced the worldwide hit singles “Don’t Stop the Music”, “Take a Bow”, and “Disturbia”. The record was nominated for nine Grammy Awards, winning Best Rap/Sung Collaboration for “Umbrella”, and is Rihanna’s best-selling album in the US to date. After an altercation with then-boyfriend Chris Brown, Rihanna released her fourth studio album, Rated R, in November 2009. It was followed by three more albums: Loud (2010), Talk That Talk (2011), and her first Billboard 200 number one album Unapologetic (2012). That same year she appeared in her first theatrical feature film: Battleship. These albums feature the global hit singles “Rude Boy”, “What’s My Name?”, “S&M”, “Where Have You Been” and “Stay”, as well as some of the best-selling singles of all time, such as “Umbrella”, “Disturbia”, “Only Girl (In the World)”, “We Found Love”, and “Diamonds”. In addition to her solo work, Rihanna has collaborated with numerous other artists, including being featured on the worldwide hits “Live Your Life” (with T.I.), “Love the Way You Lie” and “The Monster” (both with Eminem). 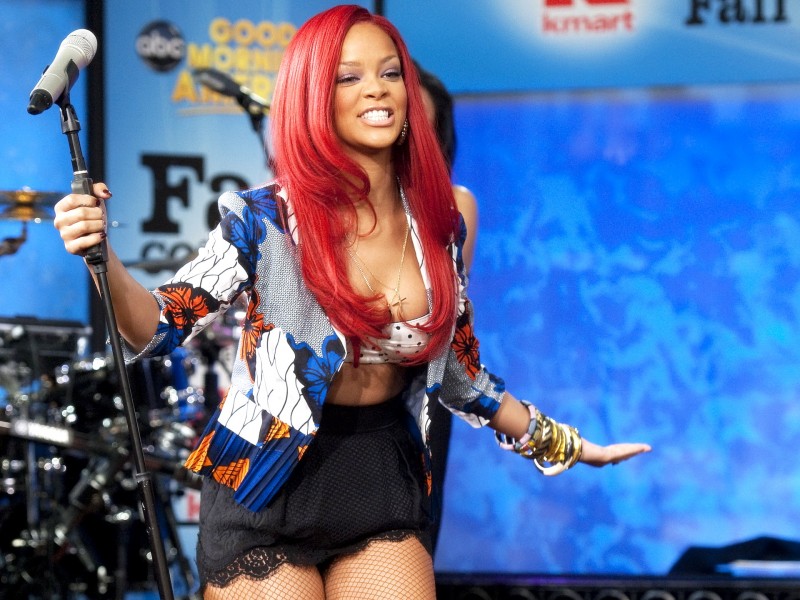 Rihanna is known for consistently reinventing her style and image, most notably since her third album Good Girl Gone Bad.[5][6] Her work has earned her numerous awards and accolades, including six Grammy Awards,[2] five American Music Awards, 22 Billboard Music Awards, and two BRIT Awards. She has sold over 50 million albums and 180 million singles worldwide,[7] which makes her one of the best-selling artists of all time. She has achieved twelve number one singles on the Billboard Hot 100 chart, becoming the youngest and fastest solo artist to achieve the feat. Billboard named her the Digital Songs Artist of the 2000s decade and the top Hot 100 artist of the 2010s decade. In 2012, Forbes ranked her the fourth most powerful celebrity of the year, with earnings of $53 million between May 2011 and May 2012. The same year, TIME named Rihanna one of the 100 Most Influential People in the World.  To date, Rihanna has over 80 million Facebook fans and over 32 million Twitter followers.

Ri Ri showed love to her Guyanese people on Twitter in 2012. 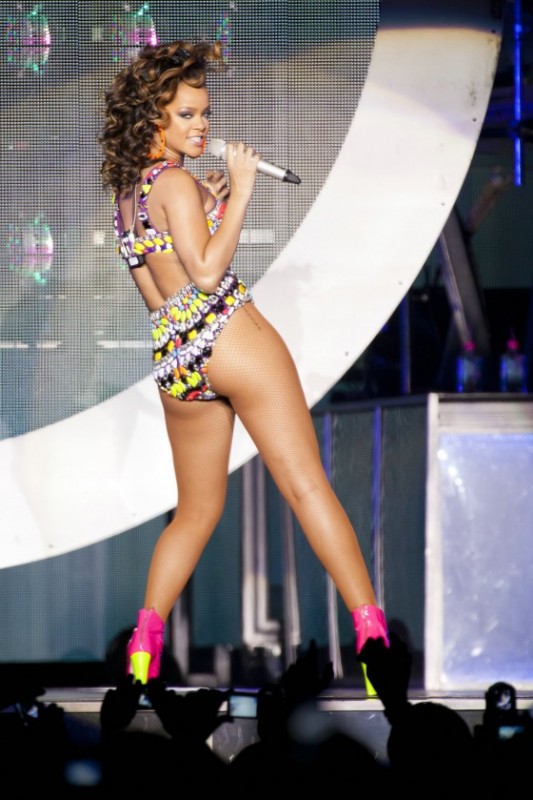 Rihanna performs on stage in Birmingham

In November 2013, Rihanna received the first American Music Awards: Icon Award, which was presented to her by her mother. 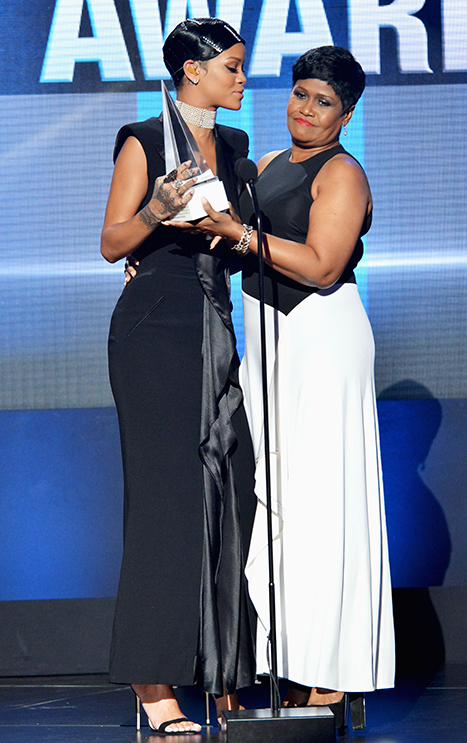