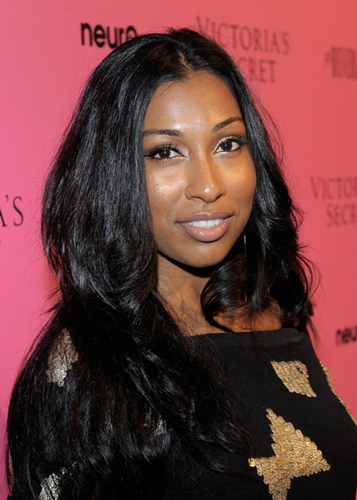 R&B songstress Melanie Fiona broke out as a rising star in 2009 with her debut album “The Bridge” and Billboard topping single “It Kills Me”.  She was born Melanie Fiona Hallim on  born on July 4, 1983, in Toronto, Canada, to Guyanese parents who immigrated to Canada in the late 1970s. Melanie began writing songs at the young age of 16.  Her father was a guitarist in a band and would allow her to sit on the stage when she was younger as he practiced. She also remembered her mother playing music at home; from The Ronettes to Whitney Houston.  In 2002, Melanie was briefly involved with the girl group X-Quisite.  She was also in a group called The Renaissance with rapper Drake. Early in her career, she performed at nightclubs in Toronto. 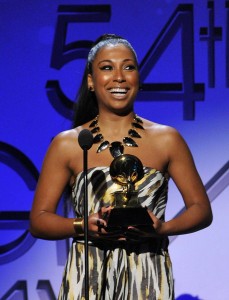 In 2005, Melanie traveled to Los Angeles, in search of a recording contract and co-write songs for recording artists Rihanna and Kardinal Offishall.  She also recorded the reggae song “Somebody Come Get Me” under the stage name Syren Hall, which was included in the Reggae Gold 2008 compilation album. Melanie was signed to Jay-Z’s label “Roc Nation” and released her debut album, The Bridge, in June 2009.  Several singles were released from the album, including “It Kills Me”, which topped the Billboard Hot R&B/Hip-Hop Songs chart for 10 weeks and earned her a Grammy Award nomination for Best Female R&B Vocal Performance. 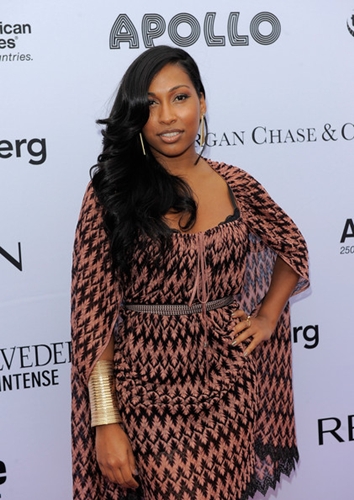 Since the release of her first album, Melanie Fiona has received a multitude of awards, nominations, and honors. Among them, she was named iTunes’ Best New R&B/Soul Artist of 2009 and won the trophy for Best New Artist at the 2010 Soul Train Awards, in addition to picking up four nominations at the 2010 BET Awards, plus a 2010 NAACP Image Award nod for Outstanding New Artist, a 2010 Juno Award nomination for R&B/Soul Recording of the Year, and a 2011 Grammy nomination in the category of Best Rap/Sung Collaboration for her guest appearance on “Wake Up! Everybody” by John Legend and The Roots, featuring Common.

The MF Life is Melanie’s  second album released on March 20, 2012. The album debuted at number seven on the Billboard 200, selling 34,000 copies in its first week. It produced three singles, including the R&B hit “4 AM”.   The album received mostly positive reviews from music critics, who commended its production, song-writing, and Melanie’s vocals.  In 2012, Melanie also  won two Grammy Awards  for Best Traditional R&B Performance for the song “Fool for You” with Cee Lo Green. Melanie lives in Brooklyn, New York, and is sometimes spotted in her neighborhood exploring the local hotspots. You can pick up a copy of Melanie’s album “The MF Life” at www.amazon.com or check out her website at www. www.melaniefiona.com.