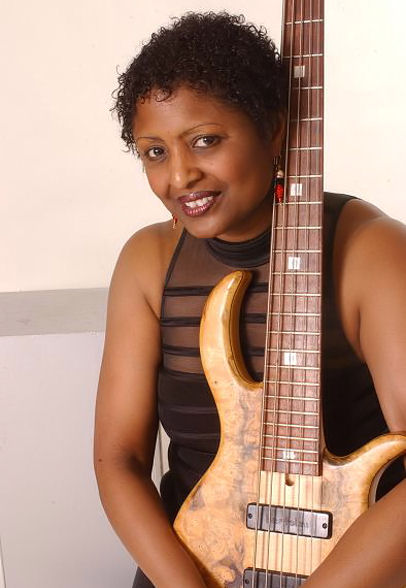 For more than 20 years Kim has performed with some of the world’s leading jazz musicians around the globe. Her heritage, education and training have also contributed to her success.

When Kim was two years old her grandfather encouraged her to pluck the strings of his upright string bass.   Kim’s first grade teacher also spotted her vocal talent, but her interest was string instruments. Kim’s first bass guitar cost her $15 and it was while she was a freshman at Michigan State University that she taught herself to play the guitar by ear.

While at City College, Kim bought an acoustic bass from a fellow student. This bass, a turn-of-the-century German flat-back bass was one of the first used in a radio recording in the United States. Kim holds B.A’s in Communications and Music from City College and Long Island University, respectively, and is a 3-time recipient of the coveted NEA Jazz Study Fellowship. 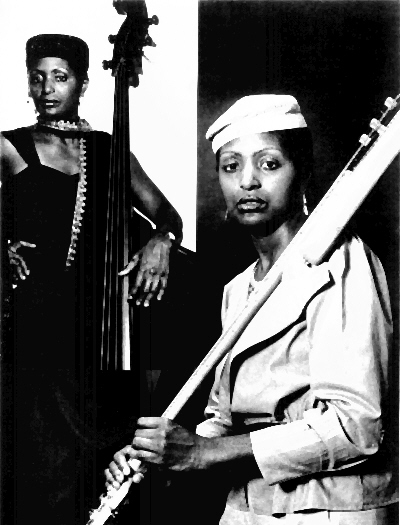 Kim’s first international tour experience was to Guyana in 1975 with the National Black Theatre of Harlem’s show Soul Journey into Truth.  Soon thereafter, she joined the Yusef Lateef Quartet for a two-month tour of the West Coast. She later became the house bassist for the Jazz Cultural Theater’s “Art Blakey Breakfast Jam” where she was performed with a large number of jazz notables such as Philly Joe Jones, Eddie Harris, Tommy Flanagan, C Sharpe, Joe Jones Jr., Clifford Barbaro, Charlie Rouse, Walter Davis, and then up and coming artists such as Rodney Kendrick, Kuni Mikami, Craig Haynes and Vince Herring. She also was the house bassist in NYC and Brooklyn Jazz Clubs notably The Blue Note and Pumpkins.

In addition to being a jazz musician, Kim is an accomplished funk bassist, and for many years she was the bass player for the innovative jazz/funk/fusion band Defunkt.  She has recorded 11 albums with the band.

Kim’s press exposure includes 1990 entry in the Who’s Who In the Performing Arts,, Bass Player Magazine, Guitar Player Magazine, Germany’s Jazzdimensions Online Magazine, a number of European magazines and several books on Women in Jazz. She also was photographed in the late 1980’s historic Jazz Musicians on the Roof Project and was one of the Michael Locker’s New York Jazz Musicians Project in 2002. 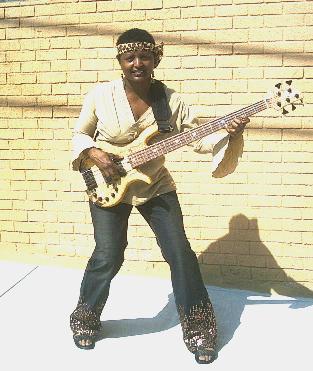 Kim is actively engaged in paying homage to the women of jazz and nurturing the current and emerging generation. She is particularly proud of the work with the Kit McClure Big Band (Kim has been a member since 1986) to honour the International Sweethearts of Rhythm; this band has recreated and released the album The Sweethearts Project. She is also actively engaged with a group of female musicians that she describes as the “notables on the other end of the link.” These include “alto saxophonists Tia Fuller and Lakecia Benjamin, and fiery drummer Kim Thompson who is currently performing with master Jazz pianist Kenny Barron and the phenomenal guitarist Mike Stern as well as Jazz String Quartet Sojourner, cellist Akua Dixon and Sherry Maricle and the Diva Big Band.”

Beginning in 2002 Kim co-produced the “LADY GOT CHOPS Women’s Month Jazz Festival” with the owners of the Jazz – Brooklyn’s Newest Jazz Cafe, Lillithe Myersand her daughter Tiecha Merritt. Since the cafe’s closure in 2009, Kim has organized the 2010, 2011 and 2012 festivals in various venues through the boroughs, Long Island and Peekskill NY. The festival included a dance troupe in 2010 and had been renamed the LADY GOT CHOPS Women’s History Month Music and Arts Festival.It is still a grassroots venture. She has worked in NY’s Latin Music Scene -which includes two times being asked to perfom on a float up NY’s 5th Ave. Kim has also performed at the Marylou Williams Jazz Festival at Kennedy Center PLays:Eubie, The Wiz, Really Rosie,The Baby Janes in Holiday Kisses,National Black Theatre’s Soul Journey Into Truth.

Kim’s career demonstrates a commitment to excellence – a quality she acquired from her grandparents and parents. She remains interested in Guyanese culture and society and advises Guyanese musicians to be focused, control their egos and to remember there is always something new to learner

To check out more of Kim’s accomplishment, visit her website at http://kimclarke.8m.com/ 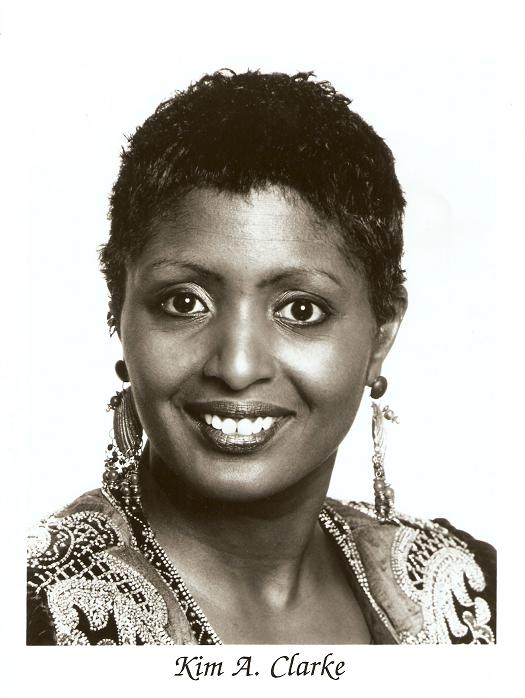