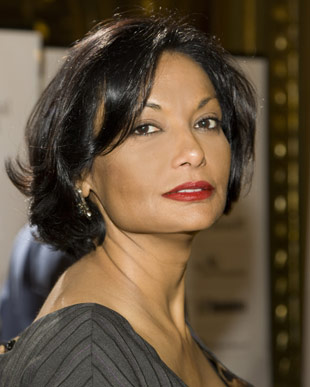 How many of you remember Shakira Baksh who represented Guyana in Miss World 1967 and ended as second runner-up?  Some folks called her the “Guyanese Goddess”!

Shakira Baksh was born on February 23, 1947, in Guyana to a Muslim family. The daughter of a dressmaker, she aimed to follow in the footsteps of her mother and become a fashion designer. It was while working as a secretary, Shakira Caine was urged by her boss to participate at the 1967 Miss Guyana contest, where she ended up becoming the winner. She went on to compete at the Miss World contest in London and finished in the third place. 1967 was the only year in any grand slam pageant where three South American countries made it as the final three – Shakira Baksh, Madeleine Hartog Bell (Miss World 1967), and Maria del Carmen Sabaliuskas. Shakira made a permanent move to England to work as a model and actress.

Shakira made her acting debut in “Carry on Again Doctor,” a British comedy film directed by Gerald Thomas and starring Kenneth Williams, Sid James and Charles Hawtrey. There she had an uncredited role as Scrubba. She resurfaced in 1970 when she was cast as Karl Chambers’ friend on the UK/American comedy/musical film “Tomorrow,” which was directed and written by Val Guest and starred Olivia Newton-John, Benny Thomas and Vic Cooper. From 1970 to 1973, Shakira appeared as SHADO Operative on the short lived action/science fiction television series “UFO,” starring Ed Bishop, Mel Oxley and Dolores Mantez.  She also appeared with her husband in John Huston’s The Man Who Would Be King as Roxanne. 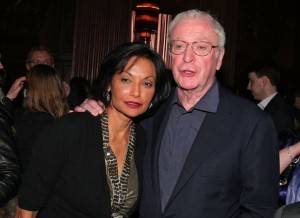 On January 8, 1973, Shakira married British actor Michael Caine in a quiet ceremony in Las Vegas. They met after Caine saw her appearing in a “Maxwell House” coffee commercial and a friend gave him her telephone number. The couple has a daughter, Natasha Haleema. Always interested in fashion, and drawing on her mother’s career as a dressmaker, Shakira began to design clothes and jewelry which is sold in major department stores throughout the UK and USA. Shakira’s creativity has expanded to include painting, and her work has been auctioned for charity. 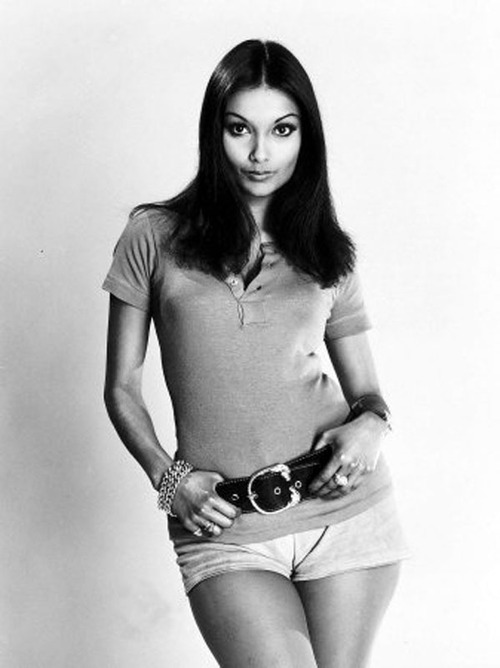