Guyanese-born legislator, Roxanne Jacqueline Persaud, was elected to the New York Senate on November 3, 2015 after defeating her two challengers in the elections for the 19thSenatorial District.  Back in November 2014, she became the  first female, first black, first Guyanese to hold the position of Assembly member for the 59th Assembly District in Brooklyn, New York . 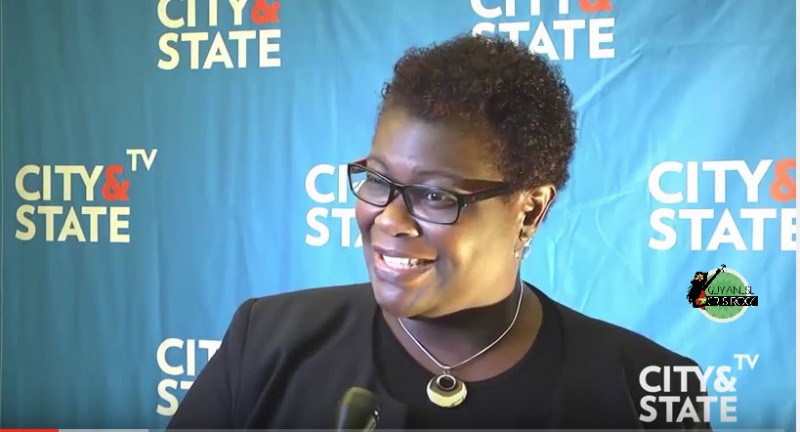 Persaud, 49, polled 6,980 votes, or 88 per cent of the votes cast, while Jeffrey Ferretti, the Republic Party challenger, received 702 votes, or nine per cent; and Conservative Party opponent Elias Weir got 245 votes, or three per cent.

“Fabulous! I’m happy all the waiting is over, so I can get to do the work,” added Persaud amid victory celebrations at the Thomas Jefferson Democratic Club in Canarsie that had endorsed her.

“It shows hard work pays off,” said Persaud, who had migrated from Guyana with her parents and siblings, when she was 19 years old. 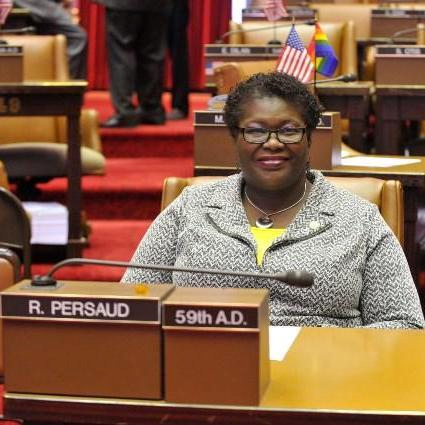 She said she had no qualms running for Sampson’s old seat.   Guyanese-American New York State Senator John L. Sampson was convicted in July of lying to the Federal Bureau of Investigations (FBI) in a US federal corruption case.

“I know I can continue my work. As senator, I will work to bring all the communities together and to make sure they have equal representation.”

She said her dedication to serving her community motivated her to serve in various capacities. She was President of the 69th Precinct Community Council in Canarsie, member of Community Board 18 and Commissioner on the New York City Districting Commission.

In addition, Persaud said she is a graduate of the New York Police Department (NYPD) Citizens Police Academy, as well as the New York City Office of Emergency Management-Community Emergency Response Team.  She is “longtime advocate for her community and an avid volunteer.”