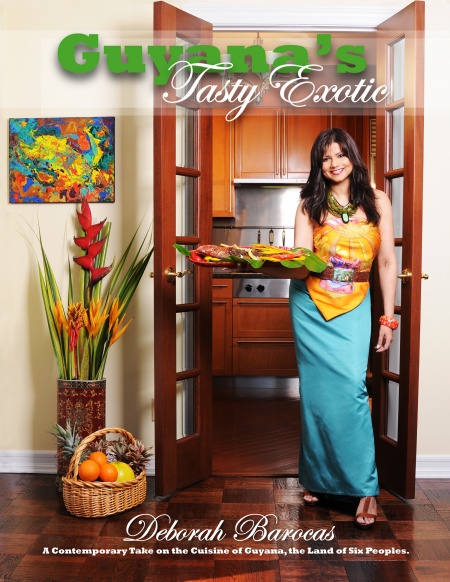 Meet Guyanese born Deborah Borocas, author of “Guyana’s Tasty Exotic – A contemporary take on the cuisine of Guyana, the Land of Six Peoples.” This cookbook includes 82 recipes with magnificent pictures of the many cuisines that showcases Guyana’s rich culinary history. The book also features pictures of Guyana’s beautiful landscape, its people, folklores, slang and traditions.

Deborah started cooking at the tender age of 9.  The second of seven children she became her Mother’s kithcen helper, taking mental and visual notes of everything that she was  seeing.  “I became so good that my siblings wanted me to cook instead of my mother,” recalled Deborah.  It was then that she began to develop her culinary skills. After migrating to the United States, Deborah became intrigued by the new and various ethnic foods and cultural that surrounded her and immersed herself into preparing weekly recipes using exotic and foreign ingredients at every opportunity.

“I always seem to return to my roots, amassed with beautiful memories of my homeland’s rich culture and exotic foods,  so I wrote this book basically for first generation Guyanese and to introduce the people of the world to our exotic cuisine.” Deborah said. 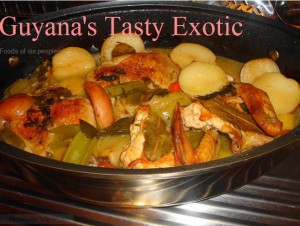 The idea of the book surrounds the national dishes brought in from the six races of Guyana’s indigenous people – Amerindians, Africans, Indians, Portuguese, Chinese and Europeans.   Deborah believes that the love we share for the food, music, and traditions taken from each ethnic background a represents us as a whole.”  Congratulations Deborah – You Rock!

You can pick up a copy of “Guyana’s Tasty Exotic” at www.amazon.com