O’Neil who is now a five-time boxing world champion while at the same time a mother of five children, thanked the fans, her management team and God for the heart-stirring win which put her back on top of the world heavyweight boxing scene. 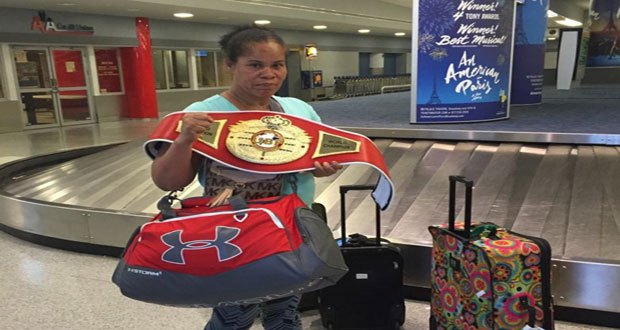 A huge crowd favourite, O’Neil fought to chants of ‘Gwendolyn, beat and beat out’ in reference to her pre-fight TV-Carib interview when the quick-witted O’Neil said, “I have respect for Sonya but I come here to beat her and then beat out.”