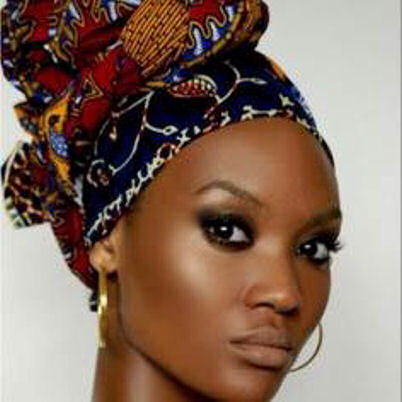 During Emancipation Celebrations in Guyana in August, beautiful head wraps form part of the dress of many; but did you know? African head wraps have served as a head cover since the Early 1700s.

It is interesting to note that the African head wrap (also known as Dhuku, Duku or Gele) is deep rooted in tradition and history – Each African nation has its own story to tell. While some of us look at a colorful head scarf as an ornate and flattering fashion accessory,women in Ghana, Malawi, Zimbabwe, Nigeria and other West and South African countries consider it to be a cultural expression that symbolizes one of many things: Prosperity, spirituality, modesty, sex, wealth, or social and marital status. Head wraps are also worn during special social events and for religious worship services, baptisms, and funerals (Griebel). 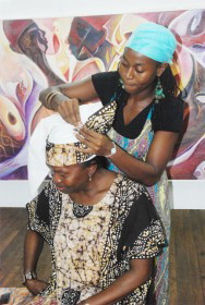 In Guyana, it is a connection between past and present, and between the Africans that came to Guyana as slaves and those who remained in Africa. It is a historical fashion accessory that spans from pre-slavery Africa to the wardrobes of Black women all over the world in the present day.

The African headwrap usually completely covers the hair, being held in place by tying the ends into knots close to the skull which leaves the neck and forehead exposed. Part of the reason for this is to make the facial features appear striking so that anyone that wishes to look upon an African American woman would look up at her face rather than down at her body.