“Winner are not people who never fail, but people who never quit” and Lisa Punch keeps on winning.  The model/singer/songwriter who represented Guyana at the 2015 Miss World Pageant in Sanya, China beat out her fellow contestants earlier this week and made history for Guyana when she performed one of her original songs and won the Talent category of the Competition. Per missworld.com,  “Miss Guyana received a standing ovation from her fellow contestants and the crowd, who were left teary-eyed and spellbound by her flawless voice, captivating delivery, and emotional lyrics.” 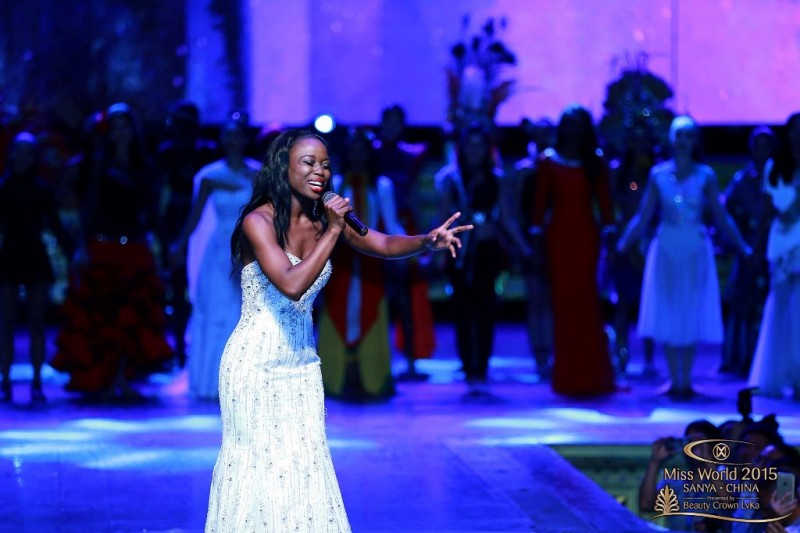 About her winning song, Lisa shared the following.  “One Last Time is a song that I wrote a couple of years ago for my cousin, Samuel, who died. He was the first person to tell me I was going to make it big and would be the first person to purchase my CD. I wanted to perform it tonight because Miss World is the biggest platform in the world that showcases talent and I knew that this would be the perfect opportunity to pay tribute to the first person that believed in me. Even though he is gone, I want him to know that I am still continuing doing what he inspired me to do in the first place.” 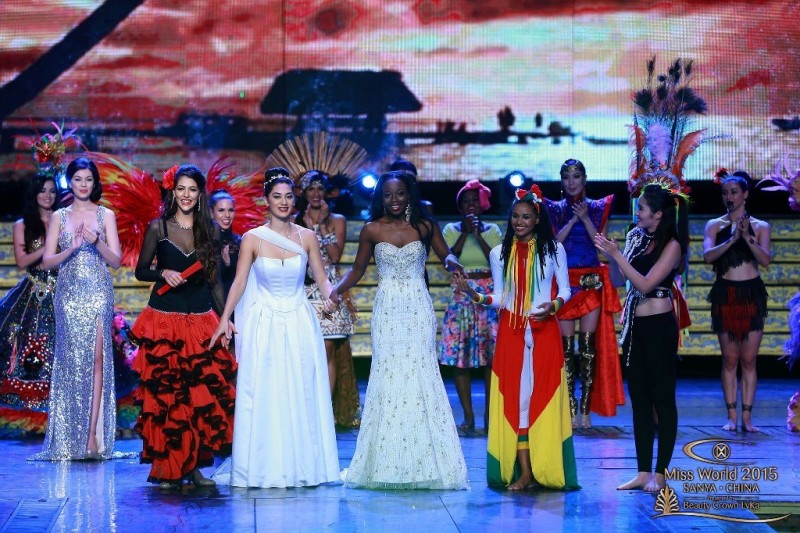 Social Media platforms exploded once again this morning after Guyanese from all over the world watched Lisa make the top 10 in the Finals out of 117 contestants.  An avid advocate of teen suicide prevention, Lisa’s Beauty with a Purpose Campaign focused on the high rate of suicide among teenagers and young adults in Guyana, and her video presentation also landed her among the Top 10 BWP Finalists. 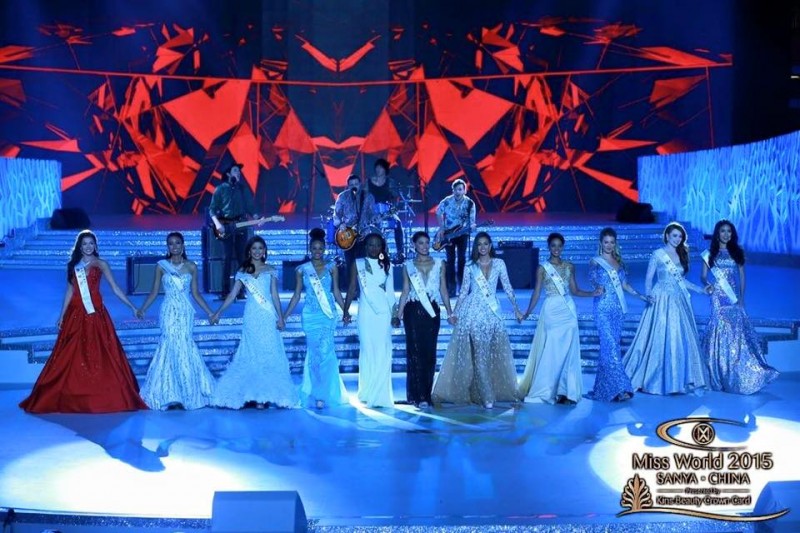 This is the second time the 23 year old beauty has performed to an international audience.  Two years ago,  Lisa made Guyanese around the world beam with pride when she became a contestant on the ABC Singing Reality Show, Rising Star.  Lisa made it to the second round before being eliminated during a Duel performance. 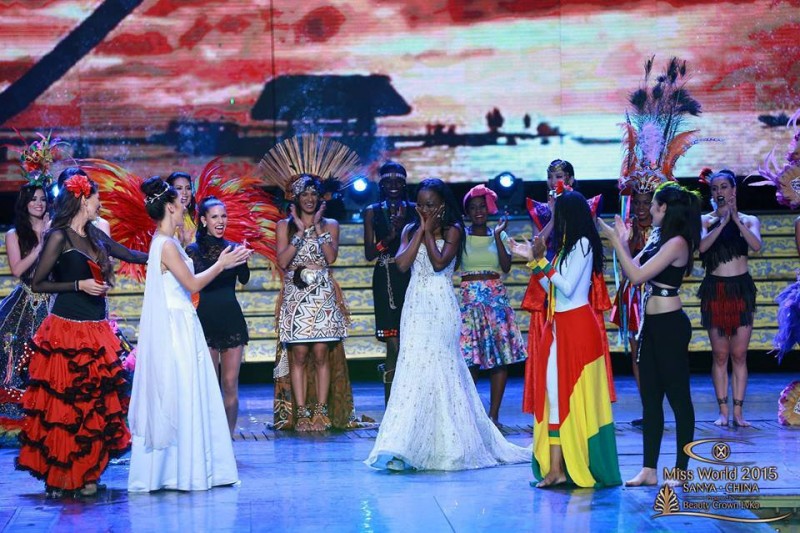 Lisa, after it was announced that she won the talent competition

Lisa’s roommate during the competition, Miss Jamaica, Sanetta Myrie made it to the top 5 in the Finals, but Mireia Lalaguna Royo from Spain Miss took home the 2015 Miss World Crown. 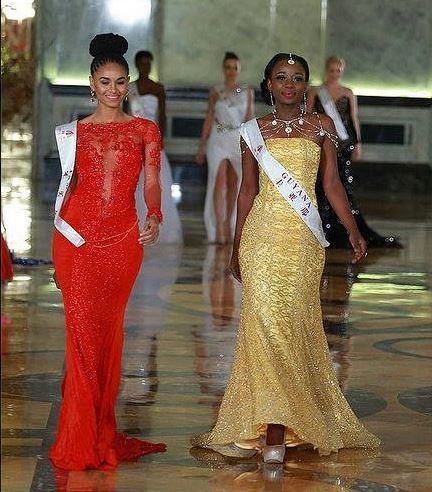 Roommates Miss Jamaica, and Miss Guyana 2015, both made it to the 10 Ten 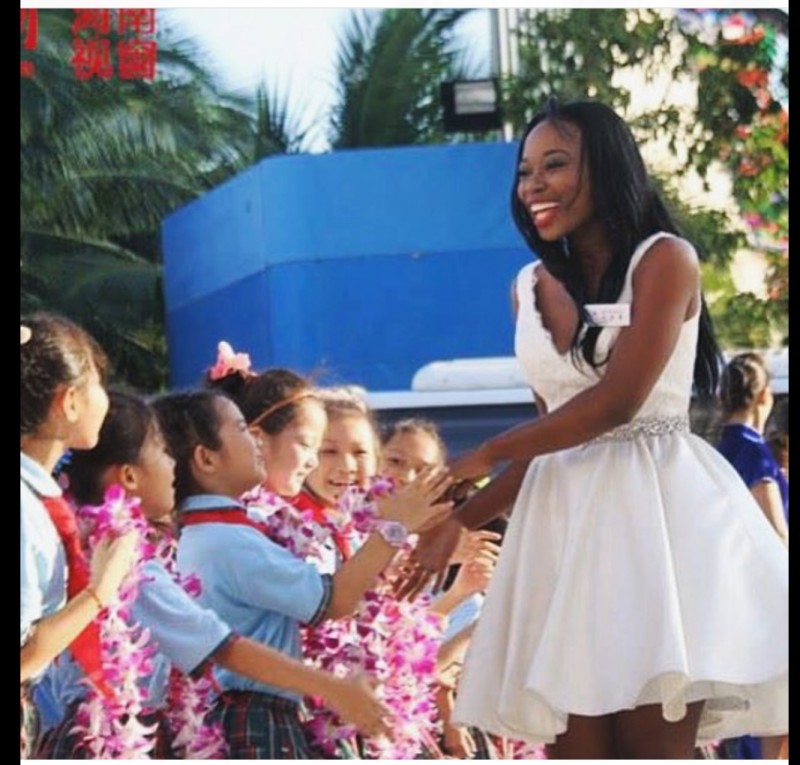 Lisa with the children of Sanya

Last year Miss World Guyana 2014, Rafieya Husain, became the First Guyanese in over 40 years to  place in the top 10 at the Miss World Pageant.  Rafieya also shared the winning  ‘Beauty With a Purpose Title’ with India, Kenya, Brazil, Indonesia and her biggest prize of the event was when she received the Miss World Caribbean title for being the only contestant from the Caribbean in the Final 10.

Keep on rocking Guyanese Girls – we predict a win in the near future!  Congratulations to the Miss World Guyana organization for doing a fantastic job in helping Guyana to shine on the world stage.