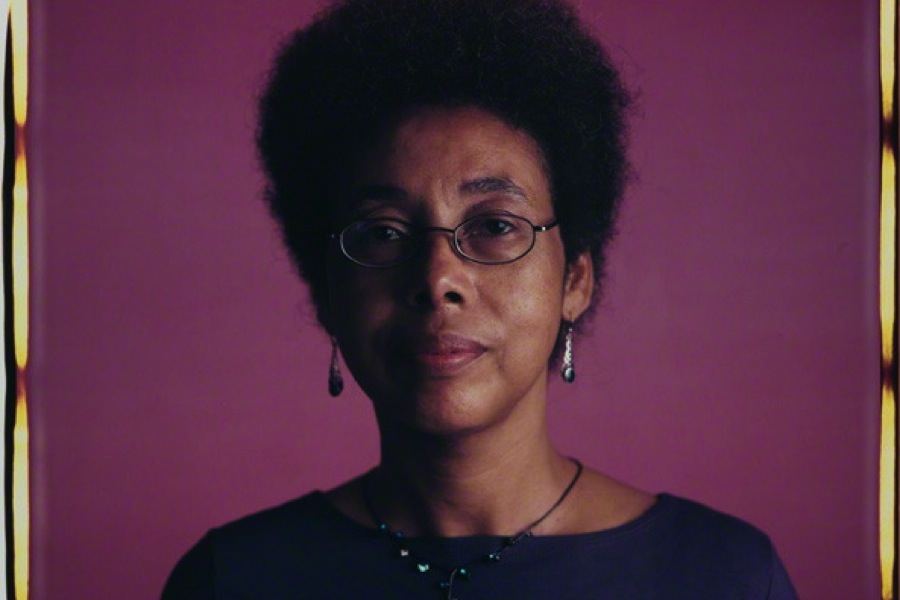 Grace Nichols is a Guyanese poet.  She was born in Georgetown, Guyana in 1950, the fifth of seven children. She was raised in the village of Highdam and attended the school where her father worked as headmaster and her mother taught piano lessons. At age eight she moved with her family to Georgetown, and at age sixteen she left high school with the hope of becoming a teacher. Earning a degree in communications at the University of Guyana, Nichols worked as a journalist for the Georgetown Chronicle, then became a writer for Guyana’s Government Information Services.

Grace moved to Britain from Guyana at the age of 27 and she has carried the warmth of her Caribbean sensibility through many a cold English winter. “Her poems celebrate sensuality and generosity and attack petty mean-spiritedness… Deeply Caribbean in sensibility, she writes sensitively of other traditions, especially Africa and India” – Peter Forbes, Contemporary Writers. 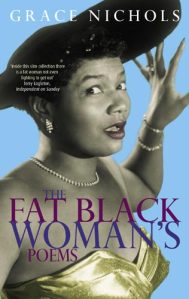 Her first poetry collection, I is a Long-Memoried Woman, was published in 1983. The book won the Commonwealth Poetry Prize and a subsequent film adaptation of the book was awarded a gold medal at the International Film and Television Festival of New York. The book was also dramatized for radio by the BBC. Subsequent poetry collections include The Fat Black Woman’s Poems (1984), Lazy Thoughts of a Lazy Woman (1989), and Sunris (1996). She also writes books for children, inspired predominantly by Guyanese folklore and Amerindian legends, including Come on into My Tropical Garden (1988) and Give Yourself a Hug (1994).  Everybody Got A Gift (2005) includes new and selected poems, and her collection, Startling the Flying Fish (2006), contains poems which tell the story of the Caribbean. Her latest books are Picasso, I Want My Face Back (2009); and I Have Crossed an Ocean: Selected Poems (2010).Below Grace reads two of her best-known poems, ‘Hurricane Hits England’ (included on the GCSE English syllabus) and a poem for children (and cats), ‘Cat-Rap’, from I Have Crossed an Ocean. This is an excerpt from a film made by Pamela Robertson-Pearce of Grace Nichols’ reading Newcastle Centre for the Literary Arts in 2009, which also included ‘Weeping Woman’, her poem in the voice of Picasso’s muse Dora Maar from Picasso, I Want My Face Back: that video can be viewed on that book’s page on the Bloodaxe website.

Grace enjoys exploring these cultural differences in the language she uses in her poetry: ‘I like working in both Standard English and Creole. I tend to want to fuse the two tongues because I come from a background where the two worlds were constantly interacting, though Creole was regarded, obviously, as the inferior by the colonial powers when I was growing up.’ She lives in Lewes, East Sussex, England with her partner, the Guyanese poet John Agard.

is a real drag for the fat black woman

going from store to store

in search of accommodating clothes

and de weather so cold

Look at the frozen thin mannequins

fixing her with grin

Nothing soft and bright and billowing

and nation language under her breathing

The fat black woman could only conclude

that when it come to fashion

the choice is lean

Nothing much beyond size 14