This is a story depicting the author’s early life growing up Guyana, South America. The author reflects on her family’s origin and her adolescent years spent in Bengal and Plantation Highbury. She writes about her travel, studying and working in various countries and how she was able to cope with the adversity, and diversity of life. Throughout the book the author writes about the different places she called home and how it impacted her life. Her stories cover four and a half decades living in western societies and how she was able to hold on to hope during the days of despair. It seems our life is just a shadow that does not linger forever and it’s just a story. 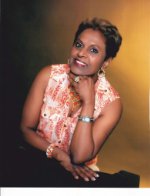 About the Author: Mohani Stockwell was born in Bengal, Guyana in 1951. During her early childhood, her parents moved to Plantation Highbury, Guyana where she experienced drastic life changes. She left Guyana in the early seventies to study in England where she received her Nursing Dregree. While living in England, she worked as a head nurse and met her husband of 35 years. After her marriage, Mohani and her husband moved to Toronto, Canada and in 1983, they moved again to New York City and have lived there since. She spent most of her career advocating for her patients. Mohani has two sons and is retired. She and her husband divide their time between New York City and Melbourne, Florida.

2 comment on “GGR Book Club: Where Is Home? by Mohani Stockwell”