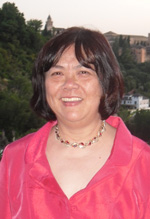 Author Jan Lowe Shinebourne is a Guyanese novelist who was born in Canje, Berbice, Guyana and was educated at Berbice High School and the University of Guyana. After school she was a reporter in Georgetown. She began writing in the mid-1960s and in 1974 she was a prize-winner in the National History and Arts Council Literary Competition. In 1970 she emigrated to London, England. She did postgraduate literary studies at the University of London.

In addition to being an author, Shinebourne also worked in London as an editor for several journals, as a political and cultural activist and as a college and university lecturer. She now lives in Sussex.