Arti Cameron is the reigning Miss Guyana World 2012 and represent Guyana this past Summer at the Miss World 2012 Competition in Ordos, Inner Mongolia, China. Arti is a highly motivated 23 year old with a passion for life.She is a pre-med student and plans to pursue her childhood dream of becoming a medical doctor. Arti has lived in three countries so far—Guyana, Jamaica, and the United States but has always seen Guyana as her homeland and the place where her heart rests. She believes that there is a great need for Guyanese living in the diaspora to promote a positive image of the South American gem she calls her homeland.

She volunteers for and supports a number of causes including the Ruimveldt Children’s Aid Centre (in Guyana), and Now AfriCAN (an organization dedicated to helping children in post- war situations in Africa). In addition, Ms. Cameron volunteers at the Hospital for Special Surgery, America’s leading orthopedic hospital, according to the US News and World Report. 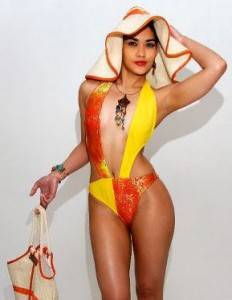 At the age of 18 and while a student at La Guardia Community College (LAGCC) in New York City, Arti was elected to her school’s Student Advisory Council, and shortly after as president of the Psychology Club.  While participating in various extracurricular activities such as dance, speech and debate competitions, Miss Cameron managed to appear on the Dean’s List multiple times at LAGCC and Hunter College- two colleges which are part of the prestigious City University of New York. Ms. Cameron holds an Associate Degree in Mathematics and Science with honors, and a Bachelor of Science in Biology (cum laude) with a minor in Chemistry. 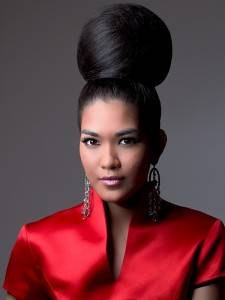 In Guyana, she was crowned Miss St. Joseph High School 2003 and began deepening her passion for fashion and modeling–eight years before becoming Miss Guyana World 2012, and Guyana’s ambassador to Miss World 2012.”

For more information on Arti check out her website at http://www.articameron.net/ This Guyanese Girl Rock!.