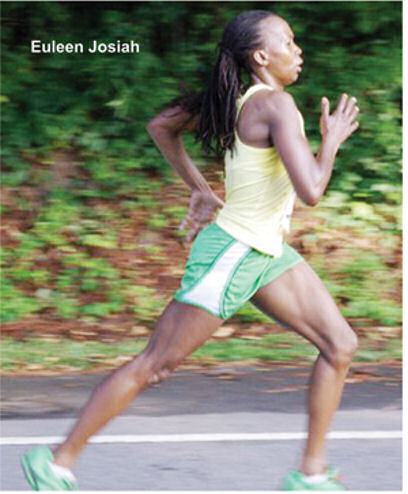 Euleen Josiah-Tanner is a talented distance runner residing in Atlanta, Georgia. Born in Guyana, the Berbice native began her athletic career several years ago as a teenager. Euleen move to the United States in 1996 after graduating from the Cyril Potter College of Education with the goal of gaining a spot on the U.S. Olympic team. When she didn’t make the team, Euleen settled  in Atlanta where she attended Permeter College and Western International University, majoring in Business Management.

Euleen continued to work on her athletic career while she worked as an assistant manager at the World Congress Center in Atlanta.  It is there that she met and later married her husband, Raymel Tanner. 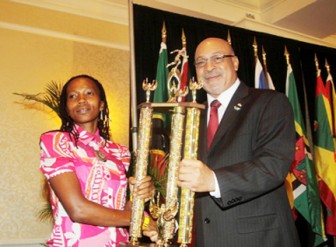 In 2012, Euleen finished fourth overall amongst tons of runners at the Publix International Cuties 5km race in Atlanta, 18:21 seconds behind three male runners.  She  scored her first victory for the year in March 2013, when she successfully defended her title in the Georgia Publix 5k road race also held in Atlanta, Georgia. She won that race in a time of 19:06 seconds. Three weeks later, Euleen finished third overall from a field of 232 athletes in the Dental Dash 5k road race in Atlanta, Georgia.  Euleen recently returned to Guyana in May 2013 for the Independence Day Half Marathan where she continued her dominance in the distance event to capture the women’s title.

Euleen’s motto is ‘train hard and win’ and said that her husband and extended family strongly support her athletic goals and her attention to her children’s education and development. “A vital part of my success is the support from my family,” she shared in an interview with Atlanta Blog, Cascade Patch.  “My mother Yvette Josiah and sister, Elizabeth, especially remind me to keep doing what I love doing and to never give up.” Euleen  acknowledges that doing what she’s doing is not an easy task. On average, she runs about 115 miles a week. She also does 200 push-ups, 200 sit-ups and 200 pull-ups a day. Every four or five weeks,  she competes in a 5k, 10k, half-marathon or other distance.

Inspired by the success of female runners in their late 30s and 40s such as American Deena Kastor, 38, and Russian Yekaterina Podkopayeva, who ran competitively into her mid-40s, Euleen says she has not given up on Olympic gold. “My plans are to continue to train at the highest level and get into a high-level training camp this year,” she shared. “My plan is to gain a spot on the Olympics team and bring back a gold medal to Atlanta.” 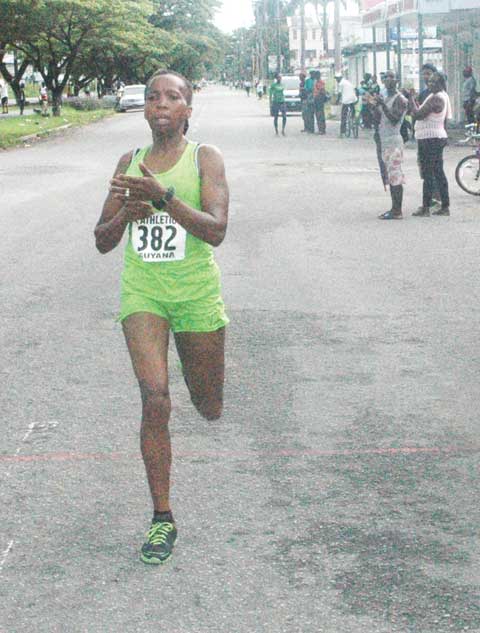