On October 29th His Excellency President David Granger delivered the main address at the Ministry of Education’s 19th annual National Education Award ceremony at the National Cultural Centre. The Office of the Presidency honored several students who excelled in high school in 2015, and at the CAPE and CSEC examinations.  The majority of the top achievers were girls  representing public and private high schools throughout Guyana. 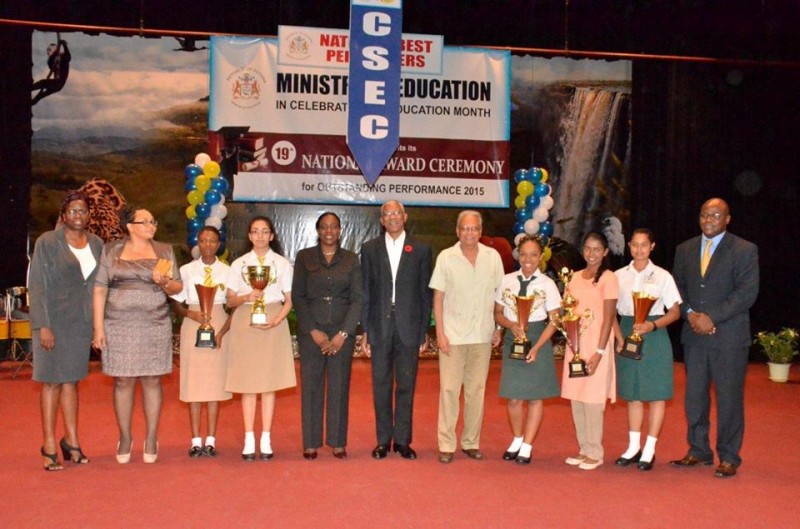 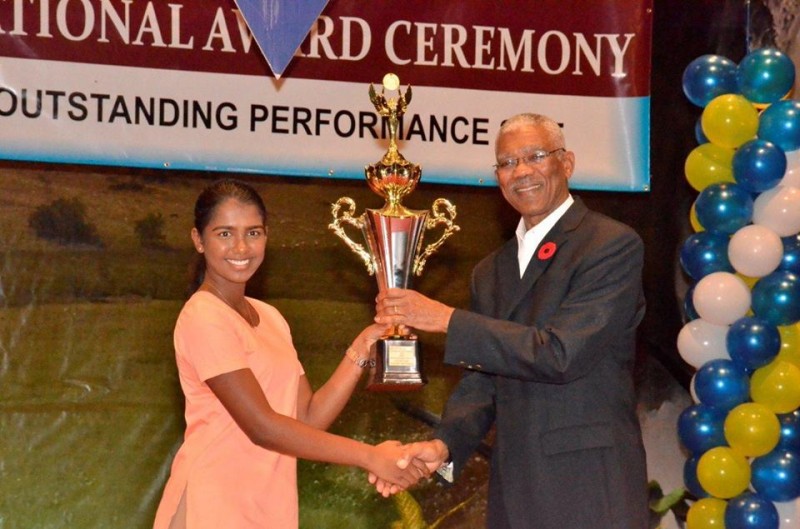 President David Granger presenting an award to Victoria Najab from the Saraswati Vidya Niketan School for the most outstanding candidate at the CSEC level in business education. 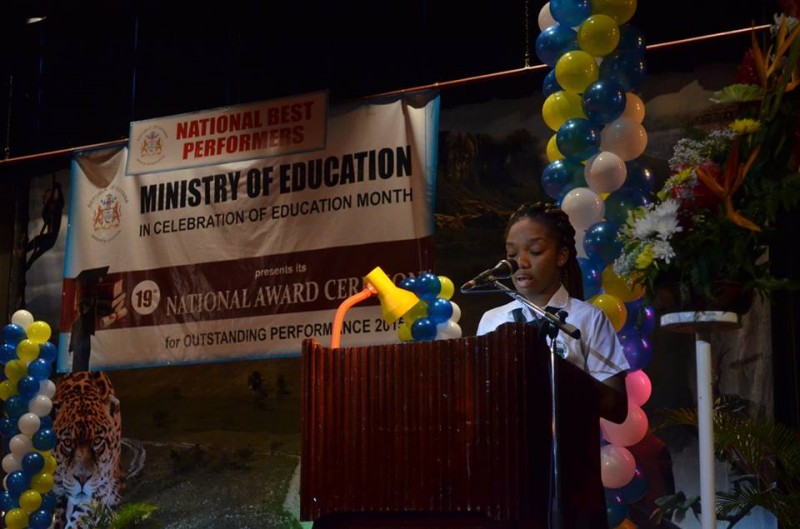 Shonta Noel, who attends St Rose’s High school was honored for being the Most Outstanding in Business Studies at the CAPE level.  She achieved six grade one passes and one grade two.  Shonta was also one of two students who received the first ever Desrey Fox Scholarship Award. 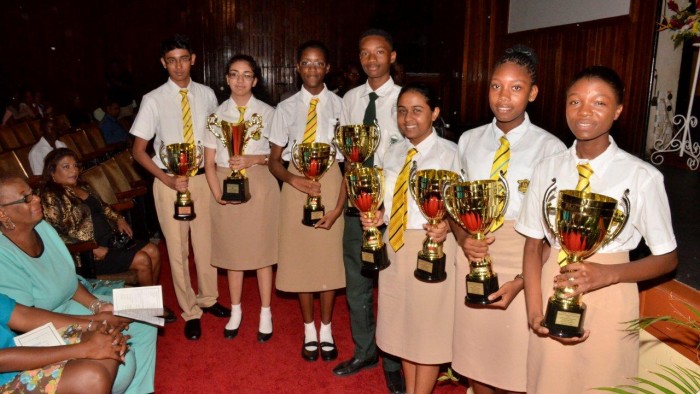 Congratulations to all of the honorees!

Source: Ministry of the Presidency