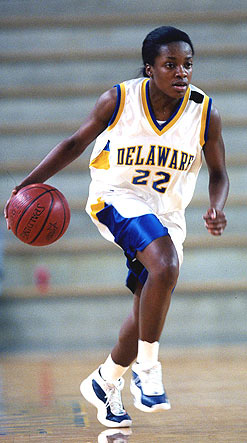 Cindy A. Johnson is a professional basketball player who played for the University of Delaware and several European teams.   In 1998 and 2000, she was captain of the Guyana’s National Women’s Basketball Team during the Caricom games.

A graduate of the University of Delaware, Cindy played a pivotal role in the rise of UD women’s basketball in the late 1990’s under coach Tina Martin.  She finished her career as the schools all-time leading scorer and one of the most honored players in Blue Hen history.

Cindy fast-paced style of play in the backcourt helped lead the Blue Hens to a record of 73-24 over her final three seasons, culminating in a 26-5 mark in 2000-01 when Delaware captured the America East title and advanced to the NCAA Tournament for the first time in school history. A 2001 graduate of Delaware, she was named the 2001 UD Outstanding Female Athlete of the Year after a season that saw her average 17.3 points per game and finish as runner-up in America East Player of the Year voting. A four-year starter, Cindy earned all-league honors three times and averaged double figure scoring all four years. Among her school records were most points scored in a season (520) and career (1,675).

Cindy was the first UD player to earn an invitation to the Omens National Basketball Association Draft Camp and played professionally overseas. Following her playing career, she co-founded Arlington Pride and Sports Franchise Solutions, an Arlington, Va.-based AAU program which provides a variety of multi-sport programs for boys and girls ages 6-18.

Cindy was inducted into the University of Delaware Hall of Fame in 2008. 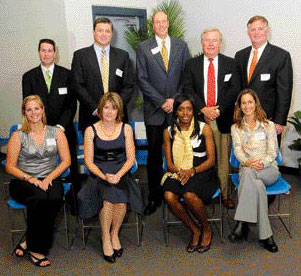