On Friday, May 26th, 2016,  Guyana will celebrate it’s 50th Anniversary of Independence. Guyana achieved its independence on May 26th, 1966 and thousands of Guyanese living all around the world have traveled home to take part in the festivities which includes a series of activities titled “Guyana Jubilee”.  Anniversary events are also planned for various locations in US, Canada, UK and a few Caribbean Islands.

Please join us a we wish our beloved Nation a Happy 50th Independence Anniversary.  One People One, Nation One, One Destiny! ‪ 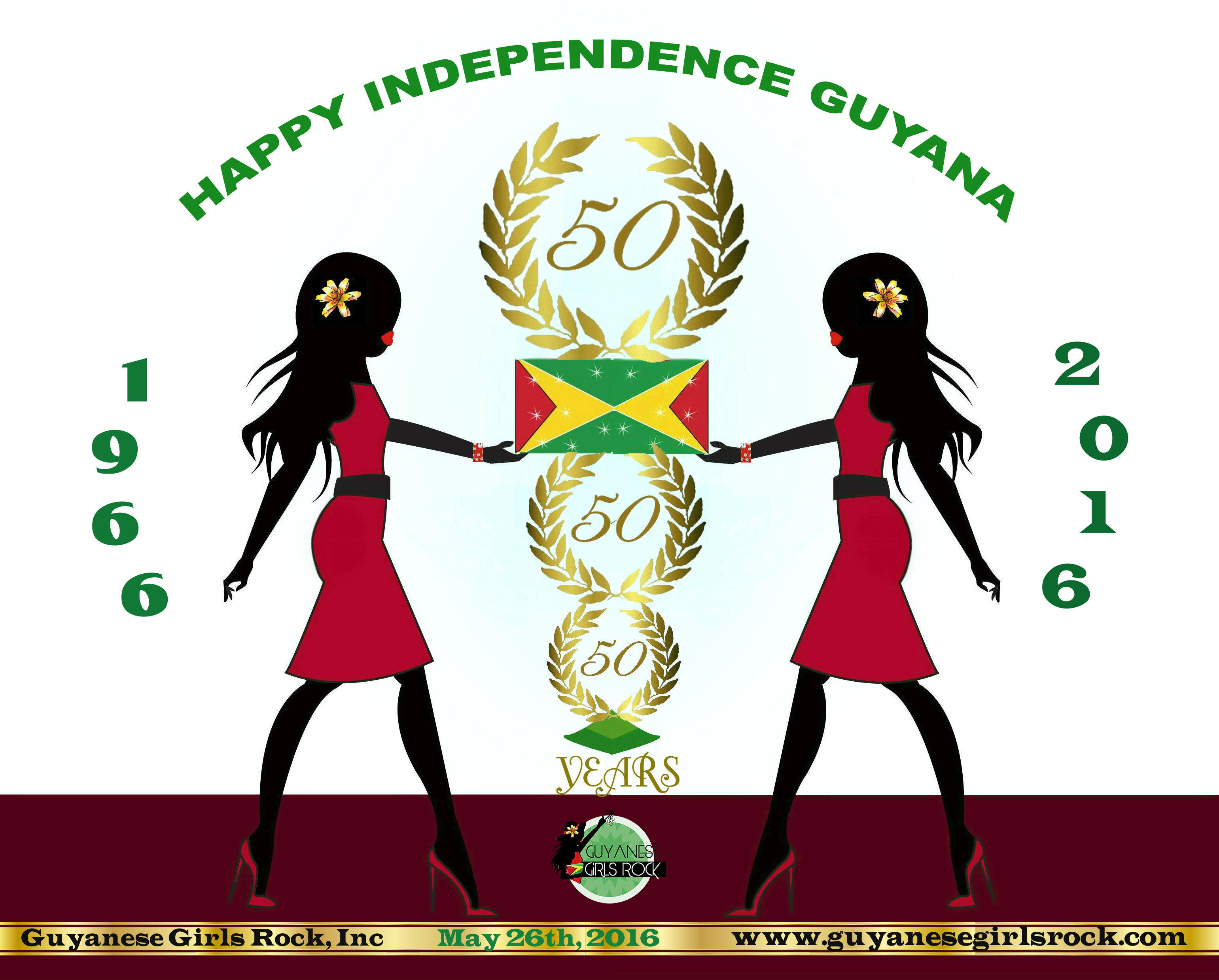