Congratulations to Guyanese-born Scholar, Kelly Hyles, on her recent graduation from the prestigious High School for Math, Science and Engineering in Queens, New York.  The 18 year old Valedictorian will be attending Harvard University this Fall on a full scholarship,  following her very impressive acceptance to a total of 21 colleges, including all 8 top Ivy Leagues schools in the US.  Back in April, 2016, Kelly was also the recipient of the very first Guyanese Girls Rock Award, for Academic Excellence.

In her introduction HSMSE’s Principal, Crystal Bond, spoke of Kelly’s humility and her background and quoted her as saying:

“I am the person I am today, determined and resilient because of my Guyanese upbringing. I come from humble beginnings and I know what it’s like to not always have what I want, but thanks to hardworking parents I have what I want.”

During her Valedictorian speech, Kelly reflected on some the triump and struggles that she and her fellow graduations experienced during their high school years.  She jokingly declared that the graduating Class of 2016 may be the best that the HSMSE has ever had, which received loud cheers from the crowd.  Kelly went on to thank all those who have impacted her life beginning God, whom she said remains the head of her life.  She thanked her teachers and the school’s faculty, and many members of her family. Kelly then paid tribute to her mother, Anetta Earle Sealey, and thanked her for being her rock, her fortress and her motivation.  “Thank you for pushing me, believing in me and sacrificing your dreams so mine could become of reality”  Kelly said.  She continued by quoting the following verse from Tupac’s song “Dear Mama”, which states

There’s no way I can pay you back, but the plan is to show you that I understand; you are appreciated. 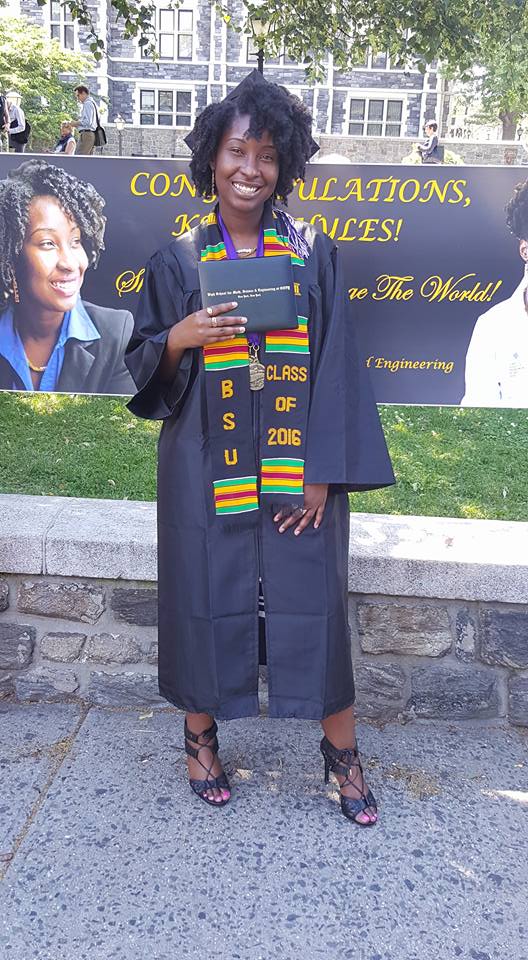 Kelly also acknowledged the Black Student Union, which she co-founded and gave a powerful tribute to some of the black victims of police brutality.  Kelly charged her fellow graduates, as they all head of to various colleges, to remember the sacrifices that were made from their distant forefathers, loving parents, overworked teachers and the bonds that were made.  She encouraged them all to experience life, have fun, experiment and be grateful for the ride. 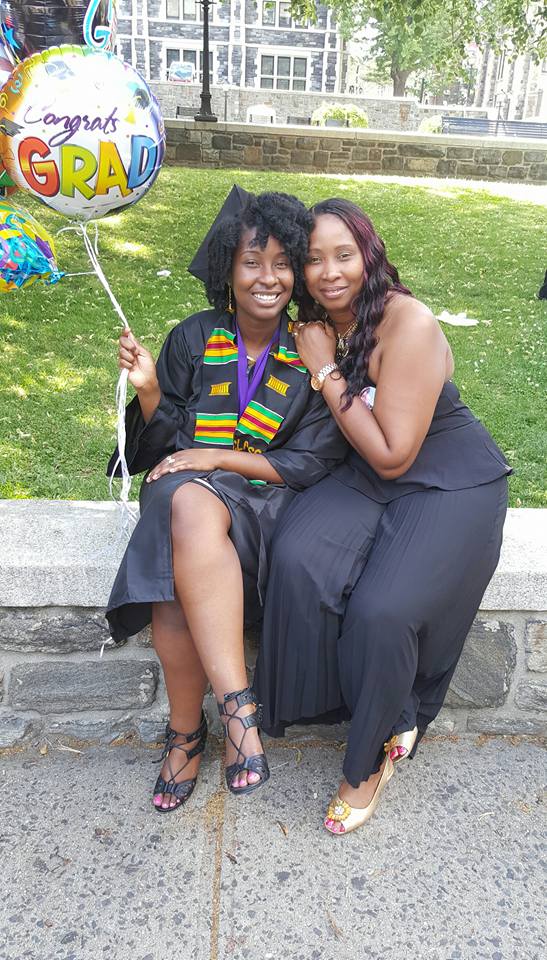 Kelly and her mom, Anetta

Way to Go Kelly!   You are ready to take on the world and rock! 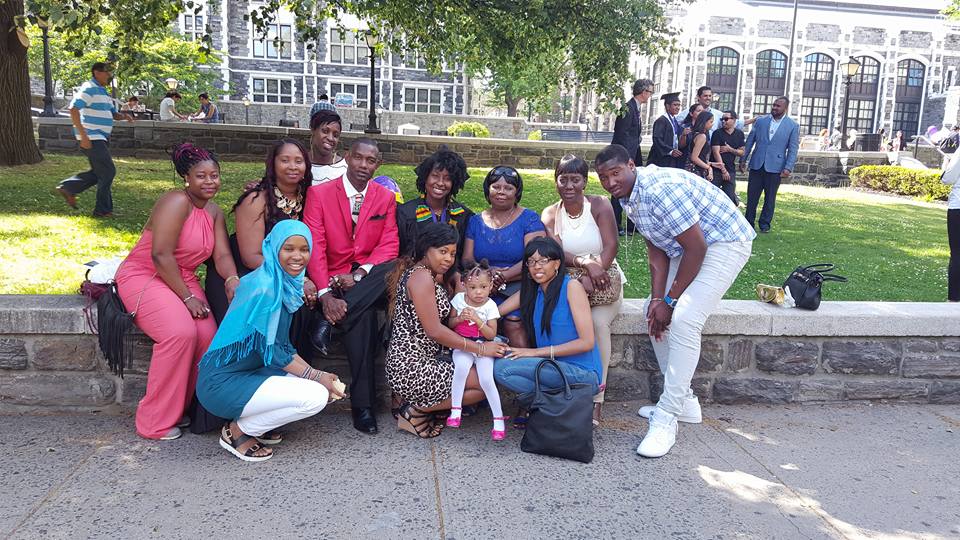 Kelly with friends and family on graduation day.