Pounder was born on December 25, 1952, in Georgetown, British Guiana (now Guyana), the daughter of Betsy Enid James Arnella and Ronald Urlington Pounder. She was educated inEngland and moved to the U.S. in 1970, where she attended Ithaca College. Pounder made her acting debut in the 1979 film All That Jazz. 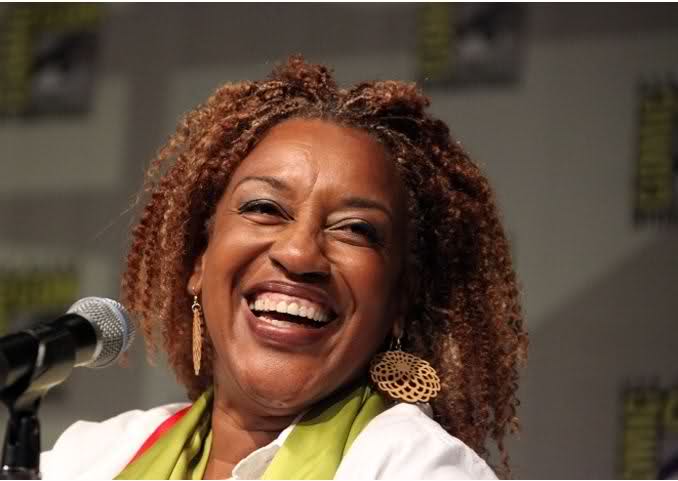 Pounder starred in the film Bagdad Café, and has made smaller appearances in many other successful films. She has focused primarily on her television career. In the early 1980s, Pounder first appeared in guest roles on Hill Street Blues, and then on several other popular shows (Miami Vice, RoboCop 3, L.A. Law, The X-Files, Living Single and Quantum Leap) before landing a long-running recurring role as Dr. Angela Hicks on ER from 1994 to 1997. In the midst of this she had a large co-starring role in the 1995 Tales From the Crypt feature film Demon Knight. She then returned to guest appearances on other shows, including The Practice, Law & Order: Special Victims Unit, Millennium, The West Wing (where she was considered for the role of C.J. Cregg) and the short-lived sitcom Women in Prison. 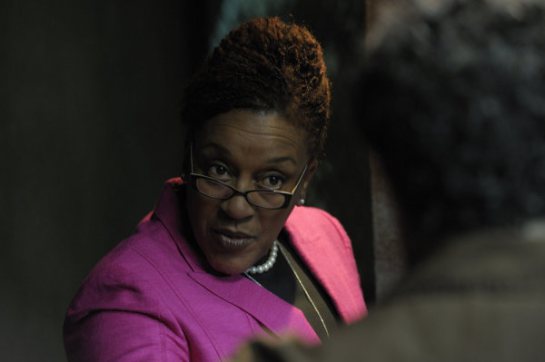 CC Pounder as Detective Claudette Wyms in the Shield

From 2002 to 2008, she starred as Detective Claudette Wyms in the FX Networks police dramaThe Shield. For this role she was nominated for an Emmy Award for Outstanding Supporting Actress in 2005. She had previously been nominated for Emmys in 1995 (for guest starring in The X-Files) and in 1997 (for her supporting role on ER). She has also lent her voice to several video games and animated projects, including Aladdin and the King of Thieves, True Crime: Streets of LA, Gargoyles as Desdemona and Coldfire, and most recently Justice League Unlimited asAmanda Waller, a role she reprised for the animated movie adaption of the comic bookSuperman/Batman: Public Enemies. Also, Pounder was one of the readers for the HBO filmUnchained Memories: Readings from the Slave Narrative that aired in 2003, directed by Ed Bell and Thomas Lennon. She currently appears on the Syfy series Warehouse 13. Pounder also was one of the stars of the cancelled Fox sitcom Brothers. Pounder was nominated for the Emmy Award for Outstanding Guest Actress in a Drama Series for her appearance in the BBC/HBO series The No. 1 Ladies’ Detective Agency.

Pounder is married to Senegalese anthropologist Boubacar Kone. The couple were married in an African ceremony in Dakar, Senegal and remarried in Los Angeles, California six months later. Kone is the founder of The Boribana Museum in Dakar, Senegal, for the study of cultures of the African diaspora. They have three children, Nicole (b. 1971), Libya (b. 1973), and Matthew (b. 1982). 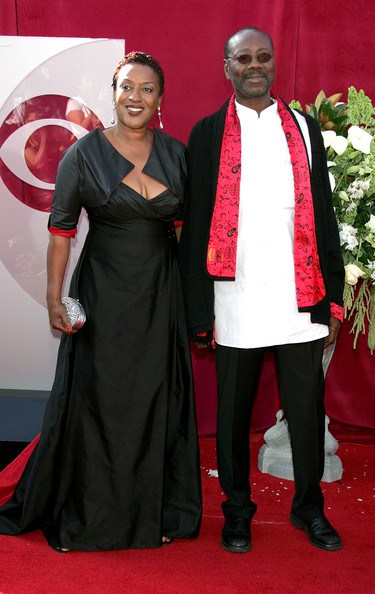