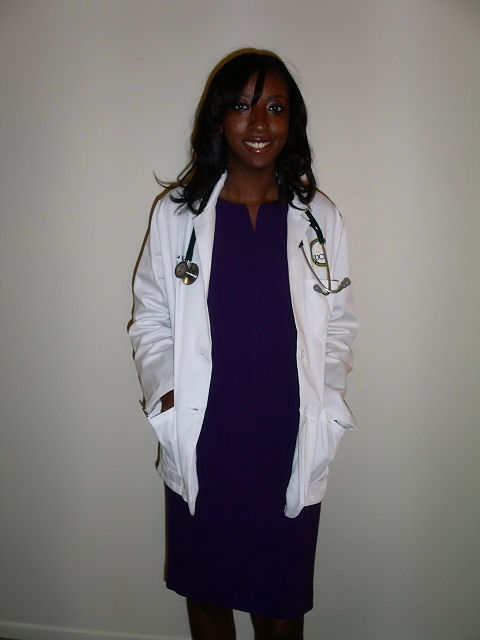 Onika was born in Georgetown, Guyana where she spent her childhood before moving to Brooklyn, New York.  Her interests in the sciences as a teen matured into a motivation to understand the mechanisms of human disease and the application of modern technology to advance treatment and diagnostics.

Onika has been engaged in biomedical research as well as mentoring and teaching since the beginning of her college career. She matriculated at University of Rochester in the fall of 2008, where she majored in Biomedical Engineering and minored in Chemical Engineering and Journalism.

Onika’s decision to pursue biomedical engineering was based on her collaborative interest in the varied scientific disciplines and how they can be applied collectively to move the field of medicine forward. She became particularly intrigued in projects involving computational models of disease systems as she studied mechanisms of epilepsy generation under the direction of Dr. David Pinto. She followed this interest in her postgraduate year in the Sobie lab at Mount Sinai School of Medicine, where they investigated excitation-contraction coupling by in cardiomyocytes. Onika’s research experiences prompted her decision to enter medical school with the ultimate goal of having a sound knowledge base on the mechanisms of human disease.

Recognizing the need to be fluent in understanding the principles of biology as well as engineering, Onika joined the Arispe Lab research program in 2010 where she receives rigorous training in vascular biology.  Her thesis project is centered on the mechanisms of extracellular matrix assembly and aneurysm formation in B1 integrin null mice. In collaboration with the Bouchard lab in Physical Chemistry, she is also on a team of scientists studying in vitro vascular development under fluid flow.

Onika received the Kearns Scholar Honor in 2003, the McNair Scholar Honor in 2005 and the Alpha Eta Mu Beta Honor in 2007.  From 2010 to 2011, she was the Associate Regional Director, Student National Medical Association (SNMA) at UCLA.  She was also recently nominated in April 2013 by the Dean of the School of Medicine to represent UCLA at the UC Diversity Pipeline Initiative Conference in Berkeley CA, where she addressed issues facing underrepresented women in academia and health careers.

“My training, both past and present will prepare me for a career as a physician scientist” Onika shared.  “Ultimately, I would also like to devote a portion of my career for education and mentoring incentives for grade school and undergraduate students in science and engineering to alleviate the gender and racial gaps in academic.”  Onika expects to complete the Molecular Biology Ph.D. and M.D. programs at UCLA in 2014 and 2016 respectively.

In addition to her research endeavors, Onika maintains her commitment to medicine through community outreach activities. Currently, she tutors first and second year medical students on course material and for STEP1 of the USMLE licensing exam.  She also enjoys brisk window shopping, jaywalking and yoga on the beach. 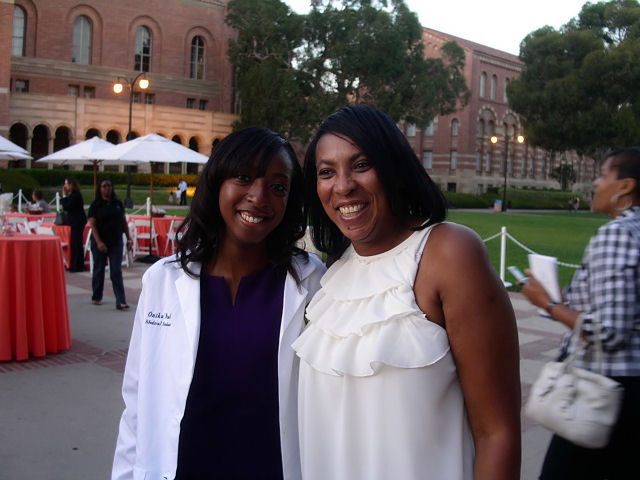 Onika with her proud Mom

8 comment on “Academic Spotlight: Onika Noel – A Physican Scientist in the Making”